Eric Gordon Or Courtney Lee For The New York Knicks?

The New York Knicks have been twisting in the wind the last two seasons. They have not come close to making the playoffs and that has Knicks fans restless and frustrated. And all of them are probably ready for team president Phil Jackson to leave town along with his Triangle offense. In Year 3, the Knicks fans are hoping they see something out of New York instead of the suffering they have given them recently. And with the move to get rid of Robin Lopez, Jerian Grant and Jose Calderon for Derrick Rose, the move was met with some joy, realism and utter frustration. Whether the deal works out for the Knicks, Rose is a free agent next season and they got rid of the contract of Lopez (signed a four-year, $54 million contract last offseason) and two point guards that did not figure into their future. But even with that trade, the Knicks still have some work to do. If the season were to start today, the Knicks would be starting Justin Holliday (whom they acquired from Chicago with Derrick Rose) at the shooting guard position. That does not exactly strike fear in any opposing teams. But nevertheless, the Knicks are ready to make another move at that position. They tried Aron Afflalo last season and that did not work out (he opted out of the deal he signed last season). So this offseson, they have two targets in mind. One of those options is Courtney Lee. The other is Eric Gordon. But which one do they choose?

Courtney Lee has been a solid professional over his career. Everytime he has gotten a shot to play, he has made a contribution to each team he has played for. And for his career, he has shot over 45% from the field, including 38% from three-point range. Last season, Lee shot 39.2% from three-point range for the Memphis Grizzlies and the Charlotte Hornets. In taking a look at the Knicks roster, they only had two guys that shot as well from three-point range (point guard Jose Calderon and forward Lance Thomas). Neither of these guys played shooting guard. But Lee isn't just a player that can play one side of the court. In watching him play this past season, he definitely can hold his own defensively. For example, he was crucial for the Charlotte Hornets when they were going up against the Miami Heat in the playoffs. And what was so crucial about him was that he was able to defend Dwyane Wade and give him some trouble. Now I am not going as far as to say that he stopped Wade at all. But what I can say is that he defended him well when he was given the opportunity. But for as much praise and solid play that Lee can give you, he can become invisible as well. Over the years, he has been moved numerous times because of his ability to become the Invisible Man on the court. But other than those tendencies, he can be a perfect compliment to Melo and Rose with his ability to spread the floor defensively and get out on the fast break., And more importantly, he can have an effect on the game without scoring the basketball.

At one point in time, Eric Gordon was considered one of the next players to make that breakthrough. And when he was traded to New Orleans in the Chris Paul deal, many thought that would be his time to show how good he could be. Even though he did not play but nine games in the 2011-2012 season, New Orleans thought enough of him to give him a max contract that summer. Well, that deal has come to an end and Gordon is a free agent. He shot the ball well for the Hornets/Pelicans, connecting on 38.3% of his threes and also shooting 43.5% from the field. And not only could he shoot the ball, but he could create and take the ball to the basket. For his career he has averaged 16 points per game, which is six points more per game than Lee has averaged for his career. Not bad numbers for Gordon although most expected more out of him after that contract he signed in 2012. But for all the things that he can do, the one thing he cannot do is stay healthy. Over his time in New Orleans, Gordon never played one full healthy season. In fact, in his last three years, he has declined in games played. That has to be a concern with the Knicks should they sign him because they need as many healthy bodies as possible out there.

Gordon and Lee are both solid players. And where Gordon is a better scorer, Lee is a better defender and does not need the ball as much to be effective. At this point, it all depends on what the Knicks want. Do they want a guy that can give them shooting and defense or do they want a guy that can give them explosive offense but there are injury concerns? Or does Phil go completely opposite of these two and reach for free agent guard Kent Bazemore? Only time will tell, but this is an important decision for Phil Jackson and the Knicks and they need to choose and choose wisely. 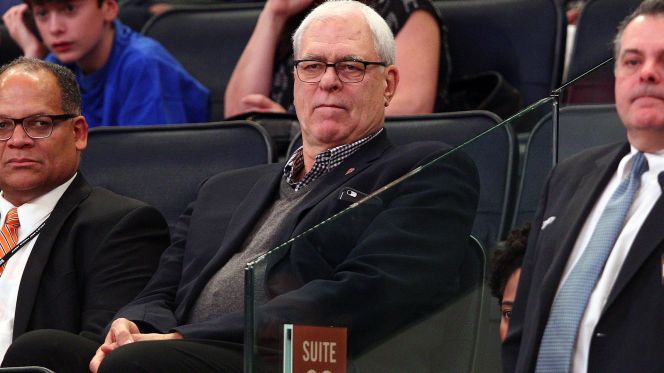