The Golden State Warriors had a historic regular season. They topped the Chicago Bulls' record of 72-10 this season, winning one more game and going 73-9. But unfortunately, the regular season dominance did not translate to a championship postseason. The Warriors made it all the way back to the NBA Finals and were up 3-1 against the Cleveland Cavaliers. And all thought they would close t out and finish them off. But they were on the opposite end of history this time, allowing the Cavaliers to be the first team to come back from a 3-1 deficit to win the NBA title. While tears of joy and jubilation were prevalent with the Cavaliers, there was sadness and frustration in the Warriors locker room. And with the conclusion of the season, the Warriors quest for back-to-back titles is over with them falling one game short. Viewing the series, there are some things that Golden State was missing in this series. And this offseason, there are some pieces out there that could take care of some of those holes they have. But first, they have to make some decisions on some of their own guys.

Looking at the free agents the Warriors have, they have a few decisions to make there. One of the biggest decisions they have to make is on small forward Harrison Barnes. With how he played in the NBA Finals, you would think the Warriors would not want to match any deal for the future restricted free agent. But there seems to be some thought out there that Golden State will match any deal Barnes gets. Doing that would dramatically change their free agent fortunes, especially if Barnes gets the big deal that some see for him. Before the playoffs, many looked for him to get at least $20 million a season with an expanded role on a new team. But with his inability to hit wide-open shots and his disappearance in the NBA Finals, that may have taken down some of his value on the market. If the Warriors want to keep him and add more to what they have, then they must hope that Barnes' value goes down more. If that happens, then that gives them more cap flexibility not only for next season but for when they attempt to sign Steph Curry to an extension (Curry is a free agent in the summer of 2017).

But Barnes is not the only guy that is a restricted free agent for the Warriors. Big man Festus Ezeli is another guy that will be available to some teams. And despite the subpar play at times in the NBA Finals, he will be coveted by teams looking to add some size. Of course, when it comes down to he and Barnes, he is the one less likely to come back to the team next season. And looking at the contracts of guys like Omer Asik (5 years and $58 million last year), you can expect Ezeli to get a big deal from someone out there. Unfortunately for him, that deal will not be with the team he came up with, the Warriors. They already are paying center Andrew Bogut one more season at $11 million (should he decide to return next season), so paying Ezeli to be his heir apparent would not make much sense at all. Plus, they can use their draft pick to add a backup center and save paying Ezeli anyways.

Ezeli and Barnes are their huge free agent decisions, but they are not the only ones. Marreese Speights has been instant offense off the bench for the Warriors all season long. He may not have played every game, but he did come out and give them offense off the bench in limited minutes. He is a valuable piece because he is one of their bigs that can play the four or five position and can also score in a variety of ways. But to keep him may cost them more than they want to pay him. Speights made $3.8 million last season and with the cap going up, he will definitely be looking for more money. The question is do the Warriors want to give him more. If his offer is within reason, then maybe they do. But if he comes anywhere near asking for $8 million a season, then the Warriors may have to move on. Some may think that is a bad move not to bring him back, but they have a guy in waiting that has some of the same skills and is younger. 2015 1st round pick Kevin Looney did not play most of last season due to injuries, but his game is very versatile. He can hit the three-pointer, the midrange jump shot and he can also finish at the rim. For as much as some love Speights in Oakland, the understanding has to be there that he is not a vital piece to return to their team. Looney will be there and will be cheaper for the Warriors as well.

The last two guys that are free agents are Ian Clark and Leandro Barbosa. Clark's contract for next season is not guaranteed, so that is why he is expected to be a free agent out there. But just because his contract next season is not guaranteed does not mean the Warriors don't bring him back. In fact, him coming back ties directly into the contract of Leandro Barbosa. Barbosa is no longer a young guy in the NBA. He has had a couple good years with the Warriors and they gave him a chance when many were not high on him. But free agency is not about that. He has to take care of himself and he does not have to give anyone a discount. Barbosa will definitely be looking forward to making more than $2.5 million he made last season. If he stays under the $5 million mark for a contract, then expect him to return. If he goes for more than that or wants more than a two-year deal, then the Warriors may have to move on. And in that case, they sign Ian Clark back to fill his role. The ideal thing for the Warriors would be to sign both back for next season, but Barbosa is the key piece in this whole equation.

There have been names mentioned of Al Horford and Ryan Anderson as potential targets this offseason for the Golden State Warriors. But the big questions that need to be resolved first and foremost is the ones that involve the guys that were there last season with Golden State. It wasn't like their team was all bad last season. They won 73 games and were in the NBA Finals for a second year in a row. But with that being said, there is some tough decisions that they have to make. 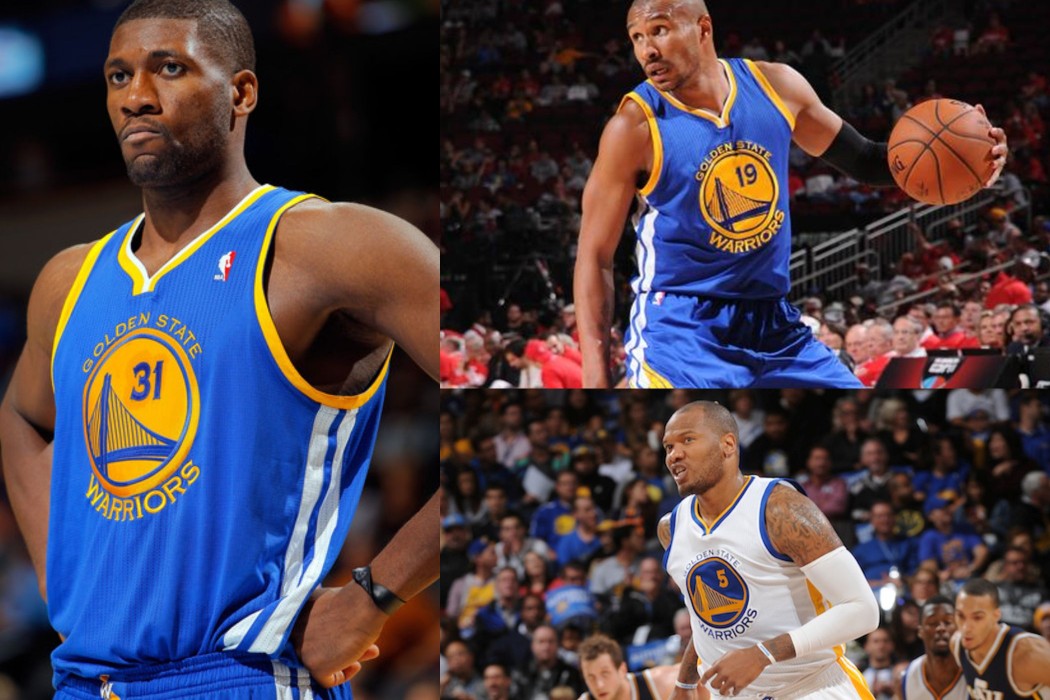