Golden State has to be better in Game 2

The Golden State Warriors won Game 1. They shot the basketball well, shooting 51.1% from the floor and 36.1% from three-point range. Even with that, the Warriors needed a few breaks their way to win that game. Not exactly what was expected with the way the Warriors shot the basketball and the way the Cavs were not exactly on-target from three-point range. Nevertheless, the lead in the series is 1-0 for the Warriors and they have an opportunity to build on it tonight in Oakland. The scene is set perfectly for them to do so. They have the momentum, the home crowd and they are facing a Cavs team coming off a tough loss. So with that being said, if the Warriors want to win this game, they have to be better than they were in Game 1.

One improvement the Warriors need to make is cleaning up the defensive boards. The Warriors were even on the defensive boards with the Cavaliers, sitting at 34 apiece. Where the difference was in the game was the offensive boards. Cleveland has guys like Tristian Thompson and Kevin Love, so it is expected that they will get some offensive rebounds, but when the disparity is 19 offensive rebounds to four in favor of the Cavaliers, that is an issue. That type of disparity is what gets teams beat and it also tells me the Warriors were not boxing out to rebound very well. Too many times you see players just turn around and follow the basketball instead of turning to box someone out or you see players that don't put a body on someone. A perfect example of that is the last play of regulation in Game 1. Much has been talked about in regards to George Hill missing a potential game-winning free throw and JR Smith missing an opportunity to help win the game, but no one is mentioning the missed box out by Kevin Durant. Check it out here:

Smith may have made a mistake, but so did Durant on this one. He has to be more physical in his block out and put a body on Smith. If he does that, then maybe the Warriors have a chance to win the game in regulation instead of playing an extra five minutes.

Another improvement could be in the defense against LeBron James. We all know James is the best player in the world and he displayed that on Thursday night. Even with that knowledge being out there,  the Warriors did not defend him very well. Some of those missteps could be attributed to not having Andre Iguodala on the court, but there are some things they could have done better. One thing is they seemed to switch so easy is switch defensively. The Warriors could do that more when they had Iguodala on the court, but not with him off of it. The Warriors should fight through those screens more so that Steph Curry and guys like Jordan Bell and Kevon Looney are not switched on LeBron. That would make things a little more difficult for LeBron along with the Warriors being a little more physical with him.

The defense on LeBron and the offensive rebounding were an issue, but so was Kevin Durant on the offensive end of the court. Durant is one of the best tough-shot makers in the NBA, but he is also a guy that does not make things easy for himself at times. Throughout the game, he would routinely take his tough shots he usually takes. In Game 1, he wasn't hitting them, going 8-22 from the field (including 1-7 from three-point range). He fell into iso basketball again a little more in the Houston series and he certainly had moments in Game 1 where he went to that. He is a mismatch more times than not on the court, but he has to also understand he can make things easier on himself by taking more efficient shots and trusting the offense to get him efficient shots.

Even with all the things that could have spoiled a victory, the Warriors still won the game. Of course they cannot depend on some of the things they had go wrong getting them a win again. Even with the advantages they have on the Cavs, they have to play better. We shall see what happens. 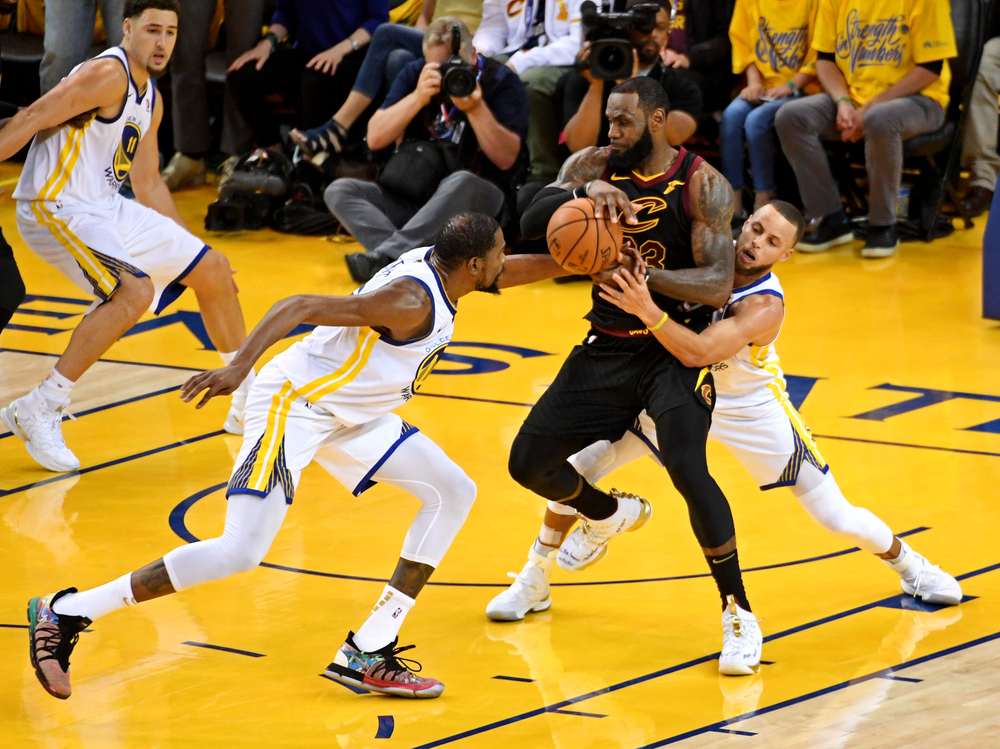