Yes, There Are Issues With Golden State’s Superteam

The Golden State Warriors were a few plays away from winning the NBA title for a second year in a row. But in a Game 7, the efforts of LeBron James and Kyrie Irving were too much to overcome in clutch time as the Cavaliers pulled off a historic comeback from being down three games to one in the series. Going into the offseason, many w0ndered what would happen with the Warriors. Well, that resounding answer happened when the Warriors signed superstar Kevin Durant to a contract to join the team. And when that happened, plenty began to jump on the bandwagon and say that they would win the title without seeing a game being played. Well, if the first game they played told us all anything, it's that the Warriors have some work to do. The Warriors were down 64-46 at halftime and ended up losing to the San Antonio Spurs 129-100. And with that, all the people that are rooting against the Warriors were gladly typing on their keyboards or mobile phones shots at Golden State. Those fans may want to cool it because the Warriors will be very good this year and the Spurs are never slouches as long as Gregg Popovich is coaching their team. But this game showed a few things that Golden State will have to overcome if they are able to win a title like they hope to this season.

In order to bring Durant in this offseason, the Warriors had to part with some players. Harrison Barnes, the player Durant replaced, was not that huge a loss. He was essentially missing in action for all of last season and ended up going to the Dallas Mavericks on a max contract (which Dallas may be regretting by game ten this year). But one guy the Warriors had to part with was Andrew Bogut. The Australian center now resides with the Dallas Mavericks along with Barnes. The Warriors signed veteran ZaZa Pachulia to replace him in the starting lineup and they have David West coming in off the bench as well. But in the first game, neither were able to help them on the boards. The Warriors were outrebounded by the Spurs 55-35 including giving up 21 offensive rebounds to their nine. The Warriors fought hard on the boards, but there was nothing they could do to keep the Spurs from getting rebounds. And if they had this much trouble against the Spurs front line, imagine what the front lines of the Clippers and Jazz could do to them.

But along with the offensive rebounding that they gave up, there was also another issue that showed up. The Warriors were one of the best offensive teams in the NBA last season and that was because of the depth they had. They had one of the highest-scoring benches in the NBA. And because of that, there was truly strength in numbers. Well this year, you can expect that type of production to take a hit. Just to give you an example of what Warriors fans may want to get used to, the Warriors scored ten points off the bench Tuesday night against the Spurs. The Warriors averaged over thirty points per game last season off their bench and the scoring will more than likely be replaced by Durant. But even with the addition of Durant, the Warriors will need their bench to be productive. Guys like Shaun Livingston and Andre Igoudala will be in charge of making sure the offense flows smoothly when they are in the game. And for their sake, they better hope that one of their big men can show up and replace the offensive production that Marreese Speights gave them off the bench too.

All in all, the Warriors were not expecting to be on the tough end of a blowout in their first game. But of course, this is not the end of the world for the Warriors. After all, they are only 0-1 and there are 81 games left and then the playoffs. So they have some time to try and work out the kinks. But there are some kinks that will either take longer to work out or last a while. And these two could be hard to take care of. We shall see what adjustments the Warriors make to cover up those two glaring issues that some basketball fans have been saying were there all along this offseason. 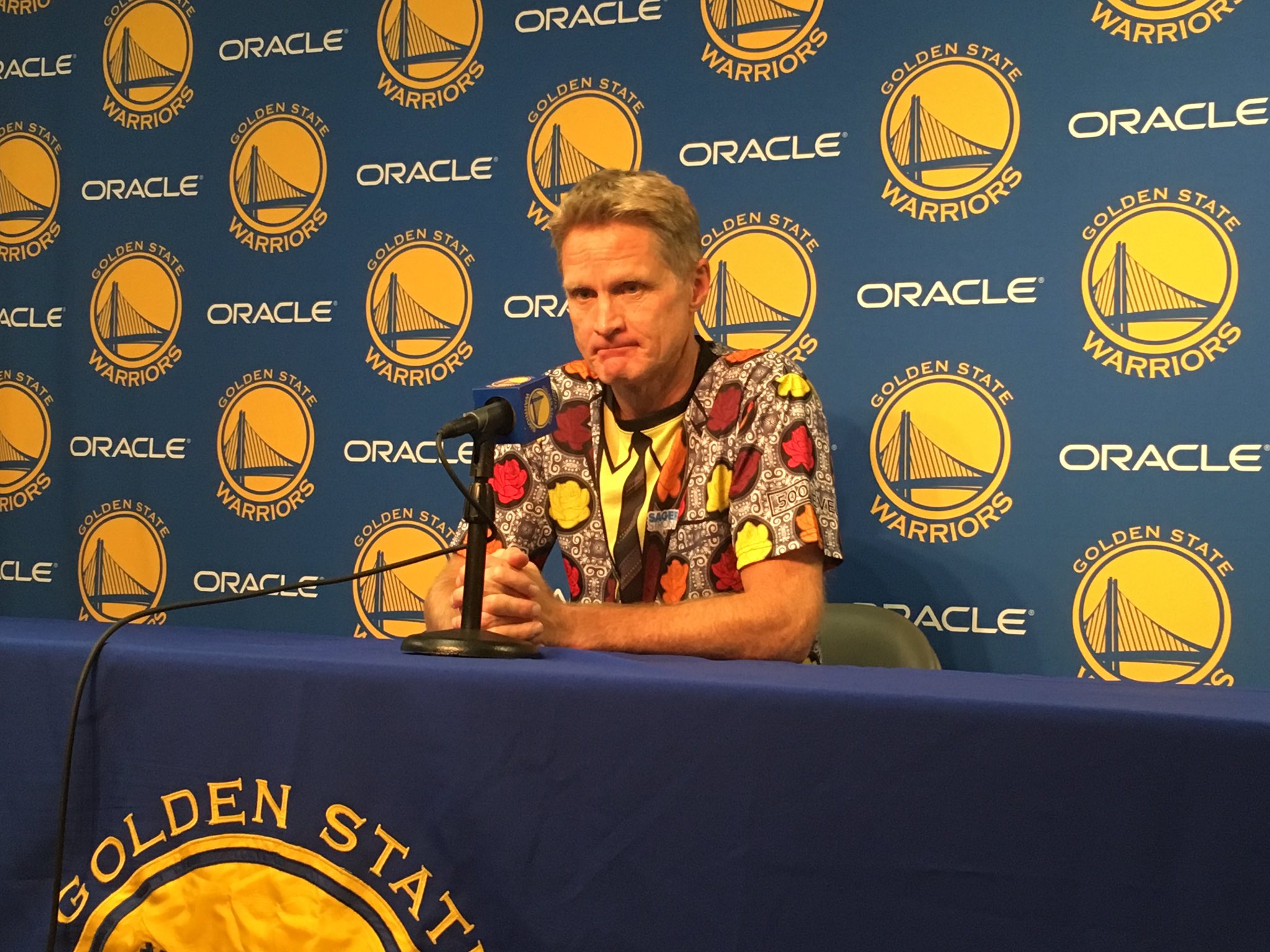