What’s Next For Monta Ellis?

The 2005 NBA Draft was here and a young talented point guard out of Jackson, Mississippi wondered where he would land. Monta Ellis had decided not to play college basketball and enter the NBA Draft that year. With his talent, there was a thought he would be a first-round pick. But unfortunately, that did not happen for him. Instead of a first-round pick, Ellis was selected 40th overall by the Golden State Warriors. From there, his career started and has taken him to a few different places in his 10+ years in the league. Unfortunately for him though, his season in the NBA last year was unfortunately not one of his best. Ellis averaged his lowest points per game since his rookie season last year for the Indiana Pacers and he became less and less visible as the season went on. The Pacers may have made the playoffs, but it surely was not because of anything Ellis did. Because of how he performed last season, the Pacers decided to make a change and with that, they bought out the rest of Ellis' contract with them, making him a free agent. At age 31, Ellis now has some decisions to think on about his career, as the next chapter in his career could have many potential starting points.

The first thing that Ellis needs to decide with his next chapter is what he wants to do. Monta grew from a boy to a man over his time in the NBA and he has made a good bit of money doing so. But at this point, the demand for him is not as high. Ellis has proven over his career that he is not a point guard, but in fact an undersized shooting guard that can get buckets. He has been special at times in scoring, but other than that, he does not do much else. Ellis is not a good rebounder, not really a good passer and is not really considered a good defender. With that being known by many in the NBA, there will be a limited market for what he brings to the game and he may have to wait a while before he is picked up or even considered by anyone for a roster spot. With all this information out there, it could be possible that Ellis could consider retirement from the NBA. Of course he and only he can consider that decision. No one can tell him to retire and if he feels that he can still play in the NBA, then so be it, but the market for him may make it a forced retirement even if Ellis does not announce it.

Ellis and retirement is an option, but anther option definitely cold exist. Plenty of players have hung on as long as they can in the NBA, but unfortunately there are some that cannot make it. After all, there are limited spots in the NBA and not everyone can be there. So for those that want to extend their career, overseas in an option. For Ellis, he has made a good amount of money in the NBA and if no NBA opportunity presents itself going into next season and he still has the passion to play, he could make playing overseas an option. One league that could be a possibility if he goes overseas is the Chinese Basketball Association. That league has been one that has grown more and more over the time of its existence. They may not give out the money the NBA does, but careers can definitely be extended over there. Take Stephon Marbury's career rebirth for example. Marbury was a first-round pick who played a long time in the NBA. But unfortunately, 13 years were as long as he lasted. Instead of that being the end of his career though, that was just the end of a chapter for him. Marbury would go over to China and extend his career and even get a statue built for him. Needless to say, he is a legend in that part of the world now where he was just a player here. If Ellis wants, he could go and potentially have an impact over there provided he feels comfortable heading over there.

Retirement or overseas basketball are options but Ellis could decide to just wait it out. Let's face it, there is a real possibility that he may be waiting a while to get signed. He may even have to wait until the season gets started or even into 2018. The thought of heading overseas may not be something that he wants to do in the end anyways. While waiting on another team to want him, Ellis runs the risk of no one taking a chance on him. If that happens, it is highly unlikely that he would be picked up by someone. Again, the thought of someone picking up a smallish shooting guard that cannot defend just does not seem like something that could happen after laying out for a year. Besides, maybe a team would like a younger model of Ellis rather than paying Ellis veteran minimum to play (if he would accept that).

All three of these decisions stare Ellis right in the face at this point. There is no timetable at this point on which one he will choose, but you better believe the time is ticking slowly away on his career in the NBA. Ultimately, his career will his choice as to what he wants to do and how patient he is willing to be. Let's be clear: Ellis has been entertaining to watch in his career. Unfortunately, there is always an expiration date on when those fun times in the NBA come to an end. 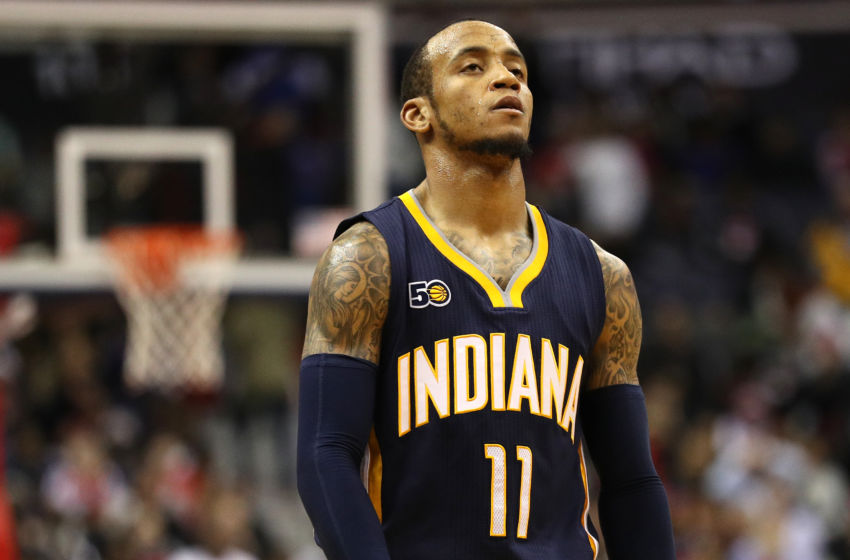