Dwyane Wade’s Impact On The Cavaliers

The Cleveland Cavaliers had one interesting summer. There were rumors about LeBron James leaving after the 2017-2018 season, the usual Kevin Love trade rumors and the bombshell of Kyrie Irving wanting to leave town, Well, the LeBron rumors will probably never go away, but the resolution of Kevin Love being traded and Kyrie Irving wanting to leave got some resolution. Love never got moved, as there were rumors about a three-team deal that would have sent Irving out of town as well and they never materialized. As far as Kyrie, he finally got what he wanted after he told the Cavaliers that he wanted a trade. Irving was traded to Boston for point guard Isaiah Thomas, forward Jae Crowder, a second round pick and center Ante Zizic. When the drama has subsided in regards to Kevin Love and Kyrie Irving and somewhat LeBron James, the Cavs actually made some additional moves to add pieces to their teams. Veterans like point guard Derrick Rose and forward Jeff Green were added to the team. Those pieces were added to definitely give Cleveland more depth and a replacement at point guard until Thomas returns from injury. With all the turmoil about Cleveland this offseason, the depth they added actually can make them better. And if that depth wasn't enough, the Cavs got another piece to make them even deeper on Wednesday.

After being bought out by the Chicago Bulls for reportedly $15.8 million of his $23.8 million salary for this season, people already had Dwyane Wade joining the Cleveland Cavaliers and it did not take him long to make that decision. Wade and the Cavaliers agreed to a one-year, $2.3 million deal that will bring him once again together with his good friend LeBron James. One-half of the Banana Boat crew is on the same team, but how does Wade fit the Cavs? Looking at the shooting guard position, the Cavs had JR Smith slotted to start the season before news broke of Wade coming to town. With Wade coming, now there has to be a decision made. Wade, although older, gives the Cavaliers another scorer and playmaker in the starting lineup. He can still get to the rim despite the knee troubles and he is crafty when he gets to the rim as well. Along with his playmaking ability, he also has great chemistry with LeBron James and we all know the excitement they can create on the court. With the Cavs wanting to play fast and take advantage of their opportunities, Wade along with Rose to start the season would be able to take advantage of that.

While Wade has great chemistry with LeBron and those two would love nothing more than to re-create what they had in Miami, there is some letdowns to this pairing in the starting lineup. For as great a player Wade is, he has never really been a great three-point shooter. If you have been paying attention to Cleveland the last three seasons, LeBron James has been surrounded by shooting the entire time. The Cavs are one of the best three-point shooting teams in the NBA and that allows for LeBron to have open lanes to the basket. With Wade and Rose as your starting backcourt in Cleveland to start the season, that will shrink the court, meaning less lanes to the rim and less guys to spread the court for LeBron James. With a guy like JR Smith on the court, it gives the Cavs at least two starters that can shoot the basketball and spread the court (especially if JR Smith is on a roll). Smith also would give them more length in their backcourt. Smith also is younger and a better all-around defender at this point in his career.

More than likely, Wade will start with Smith moving to the bench. Smith is a former Sixth Man of the Year, so it would not surprise me if he performed well coming in off the bench. While that option is the more than likely one, Wade actually would be better fit to come off the bench for this team because his days of playing big minutes are over and he would be dynamite in a 20-25 minute role off the bench against team's second units. He honestly could be Sixth Man of the Year coming in off the Cavs bench if he really bought in and went with it. Either way, having to wonder whether you start Smith or Wade is a good thing for the Cavs because it means they have good depth to work with. The thing to watch will be can Tyronn Lue figure out how to push the right buttons to make this team work as cohesively as possible. 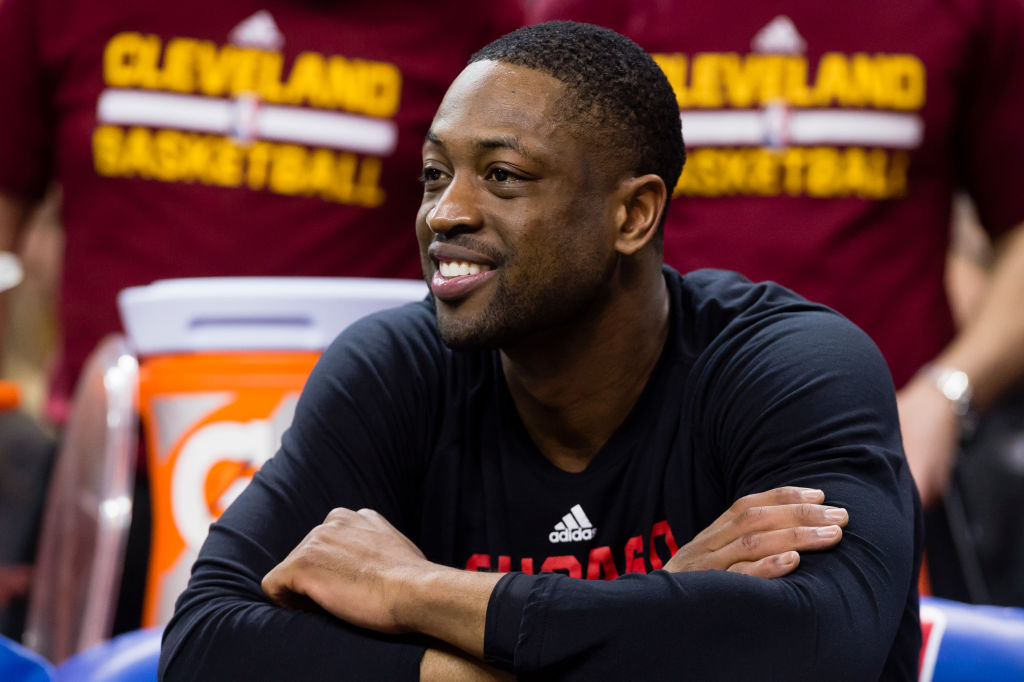