Examining the choice Dwyane Wade has to make

Dwyane Wade is one of the best shooting guards of his era. He was the driving force behind the Heat winning their first title when he took over the 2006 NBA Finals against the Dallas Mavericks. He then was smart enough to know he needed step aside and let LeBron James lead the Heat on his way to win two more titles. One thing that didn't work out for him was leaving Miami back in the summer of 2016. Wade went back home to Chicago, but the homecoming did not end well. He ended up getting bought out of his contract after one year of bumps, bruises and frustrations in the Windy  City. He would then go to play in Cleveland with James again, but it would not turn out well, as he struggled to find his role on the team. Eventually he was traded back to Miami, where it was like he never left. The team and fans still loved him and he was still doing some extraordinary things on the court. The season was successful, but Wade again is a free agent. Unlike in 2016, the decision does not have other teams involved.

Wade has let it be known that he does not really want to leave Miami again. The love he received coming back there was almost magical and he is considered by many the best player to ever play for the Miami Heat. With all that being said, he is a free agent and the Heat could definitely use him. He definitely is not the star he used to be and at 36 years old, he cannot play the minutes he used to. Even with all that, he still can make some great plays on limited minutes and he was the second-leading scorer on the team once he got traded back there, averaging 16.6 points per game. If he were to come back next season, he more than likely would not average 16.6 points again, but he surely would be able to give them double-figures and an occasional 20+ point night. With guys like Dion Waiters and Rodney McGruder there playing shooting guard, he would not only be there to score and be a playmaker, but he can also be a mentor to these younger guys trying to grow even more in the NBA.

The veteran Wade can help the Heat in mentorship and with his play, but you have to wonder if he still wants to do this. Wade has been banged up a lot in is career. He has had knee injuries, shoulder injuries and an elbow injury when he was in Chicago. Those injuries combined with his age have slowed him down over his career and he has to maintain his body at a higher level than he used to. With the rigors of a 82 game season, he has to definitely make sure to take care of himself and the Heat have to take care of him in terms of giving him games off for maintenance on his body. Does Wade really want to subject himself to something like that all season long? That is a question he has to answer and he also has to think about his oldest son, Zaire. He is headed into his junior year of high school and Wade has talked about wanting to help him through the process of picking a college and maneuvering through the recruiting process.

Wade can still contribute to a team, but does he really want to do so and what will the Heat offer him? Those questions and more will be answered soon enough. 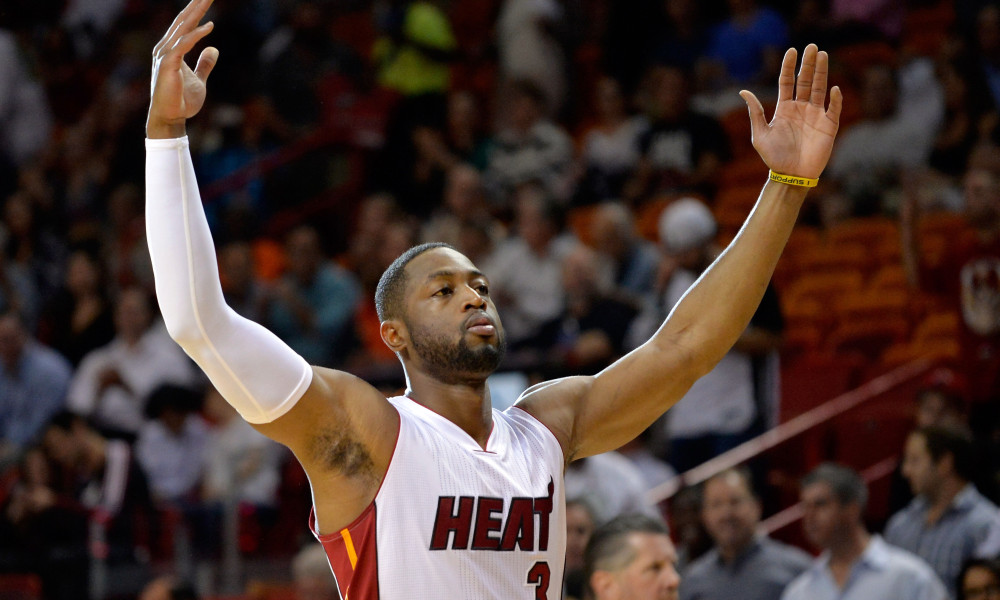