The Washington Wizards had not been too active in free agency this summer. In fact, the only move they made was trading their starting center to the Clippers for backup guard Austin Rivers. So with that trade, the Wizards had a set lineup from the point guard to the power forward spot, but there was some uncertainty at the center position. Would the Wizards go with Ian Mahinmi at the center spot? They paid him big money to be a center there and he has been either hurt or out of the rotation there. If not Mahinmi, then the only viable option was to play small ball and put Marcus Morris at the center spot. Instead of doing that, the Wizards now have found another solution to take over their center spot. Dwight Howard, who was recently traded to the Brooklyn Nets, was in the process of looking for another place to play, was finishing up his buyout with the Nets when it was announced that he will be signing with the Wizards to be their starting center. So with Dwight landing in DC, what can the Wizards hope for?

The two things they want to get from Howard are rebounding and blocked shots. Howard has been many things to many people and not all those things have been good, but what he has always done is rebound the basketball and block shots. For his career, he has averaged 12.7 rebounds and two blocked shots a game. He could go off for a 20 rebound game just as easily as a scorer could go or 40 points. And although he may not be as athletic as he once was, he definitely can still deter people from attacking the rim, as shown by his 1.6 blocks per game last season in Charlotte. If he brings that type of defense and rebounding to the Wizards, he will definitely be an upgrade to Gortat, especially on the defensive end of the court. The only question is how much can Dwight sustain the defensive effort and in how many games will they get an excellent effort. Dwight will be 33 years old this season and his body has already showed signs of breaking down, especially after the back issues and back surgery. So for the Wizards' sake, they better hope the price is worth the production.

When Dwight focuses on being a rebounder and a defender, he is at his absolute best. As we have seen over his career though, he tends to go away from the script. At some point in Dwight's career, he began to think he was an offensive weapon. And when that started to happen, that's when the teams he played on did not play as well. Over his time in the NBA, it was thought he would develop his offensive game more with a different array of post moves. The reality is that he never developed any consistency on that end of the floor. If he stays in his zone and the only offense is him finishing at the rim off lobs or offensive rebounds, then the Wizards offense will be just fine. Wall and Beal will get Dwight enough easy looks that he won't have to attempt to create his own offense or shoot three's like he did in Charlotte last season (that is definitely not his game). Another thing to watch out for in regards to Howard is his personality. He has rubbed teams and teammates the wrong way numerous times and that has had him leaving Houston, Atlanta and Charlotte with teammates giddy with joy that he is gone. Dwight has to understand that he isn't the leader of this team and no one is asking him to be. If he just does his job and anything else that is required of him, things should go just fine.

Howard was a welcomed addition for the Wizards, but they will need him to be the guy that can help them in every avenue but scoring. If he is able to be that guy, then Washington will benefit from it. If he isn't, then you could see the same old story about his personality and him not knowing his role come out. The choice is up to Dwight as to what he wants to do with this opportunity. 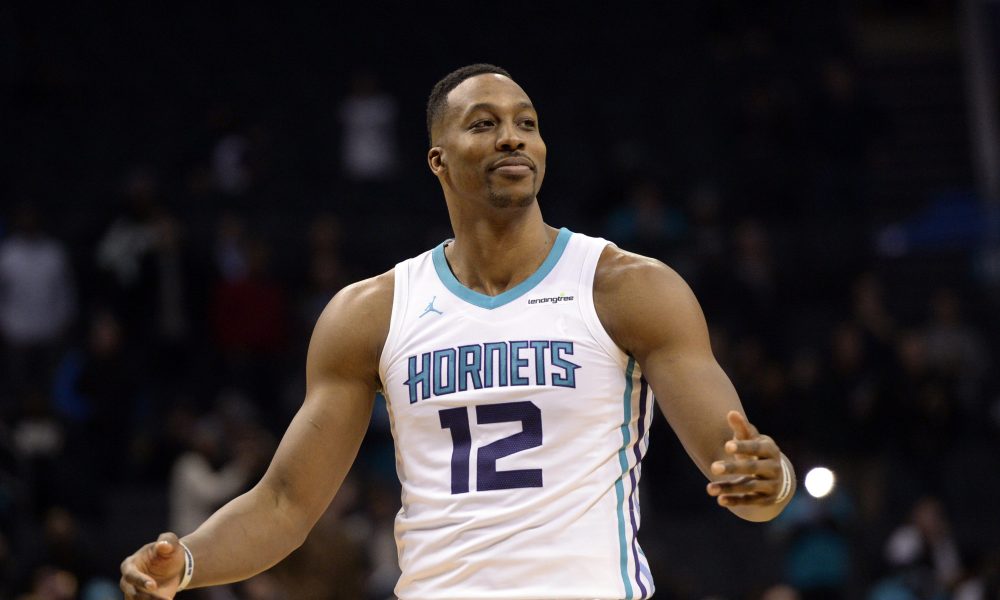