The Chicago Bulls did not have the season they thought they would. After replacing Tom Thibodeau with former Iowa State head coach Fred Hoiberg, the Bulls were supposed to be a better offensive team. Well, they were not better offensively and they also regressed defensively. And as a result, they were not even in the playoffs this past season for the first time in a while. Meanwhile, the talk this offseason has focused around what the Bulls will do. We all know free agents Pau Gasol and Joakim Noah are not expected back, but there is some talk about their starting backcourt that has people talking. Derrick Rose and Jimmy Butler have been mentioned in plenty of rumors playing in different places.  There has been one rumor out there that Thibs is looking to get Butler to Minnesota via trade. But of course that one would require the Timberwolves to get rid of Andrew Wiggins, which I doubt they would want to do. But the latest rumor about Derrick Rose is one that could have some legs to it. And it could mean the hometown kid could be moving to a new city.

The New York Knicks and Chicago Bulls may be trade partners this offseason as the Knicks have some interest in Derrick Rose. The rumors have been out there and if this happens, it could take Derrick Rose out of his hometown. And for him, that could actually be a good thing. When Rose was first drafted by the Chicago Bulls, he was viewed as the savior for the team. And each and every year, the pressure was on him to produce and bring a title to Chicago. The pressure reached its zenith in Tom Thibodeau's first year in Chicago. The Bulls made it all the way to the Eastern Conference Finals and were facing LeBron James and the Miami Heat. Plenty thought the Bulls had a chance. But unfortunately, they did not as they were beaten handily in that series. Ever since then, Rose has been injured, battered and bruised while not making it through an entire season healthy. And as he has become the guy he is now, the pressure of getting back to his MVP level he was at during that conference finals appearance has been on. But realistically, he will never be the same guy he once was. He may show flashes of that guy, but that version of Derrick Rose is no more. By going to New York, Rose would get a fresh start. No longer would he be the guy that had the city on his shoulders. He would become a piece of a team that is trying to make it back to relevance. The media definitely would be something that could be a task for him. But other than that, he would not be the main focus of the media there and that would allow him to continue to try and resurrect his career.

But not only would the trade of Derrick Rose help him personally, it would also help the Knicks. Just looking at the Knicks point guard position last season, it was sad. They traded for Jose Calderon before the 2014-2015 season and he has not been what they wanted. And in this previous season, he only averaged 7.6 points per game while being a liability defensively. Not exactly what they were expecting from a guy they were paying a little over $7 million to last season. And beyond him, the Knicks really did not have much they got out of that position besides Langston Holloway. In bringing in Derrick Rose, that gives the Knicks their best point guard play they have had in a minute. Of course he is not the same Derrick Rose, but no one would really expect him to be at the MVP level. But even with that, he still averaged 16.4 points per game last season. And Rose's shooting percentage has risen each of the last three years. By adding him to the Knicks, New York would have another scoring threat that people would have to account for on the court. Currently as the Knicks stand, there is no other offensive option besides Carmelo Anthony and Kristaps Porzingis.

Rose to the New York Knicks would be perfect for him personally and professionally. And for the Knicks, if this does not work out, then Rose is a free agent and the Knicks have cap space there from his departure. The only big question is what would the Knicks give up to match Rose's salary for next season (over $21 million next season). Looking at the Knicks' roster, they don't have much that would be appealing to Chicago besides their main pieces, Carmelo and Porzingis. And as far as draft picks, the Knicks don't have a first-round pick this season and they need as many picks as they can get to rebuild this team. All in all, it could be hard to get Rose to the Knicks without the help of another team. But if he is able to get there, the Knicks would actually be upgrading a position they struggled with last year while admitting they made a mistake in drafting point guard Jerian Grant. 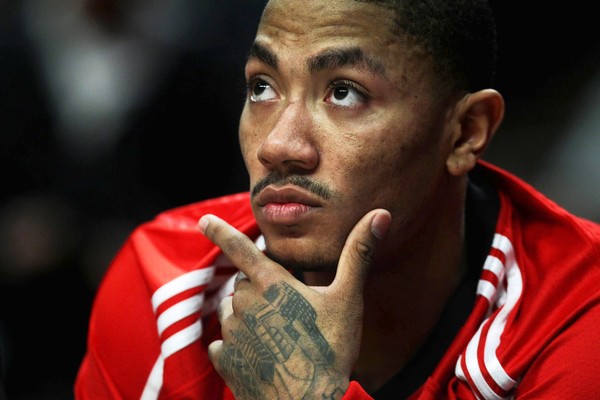