Give It Up Derek Fisher

Derek Fisher had a long, successful career. The talented guard was selected 24th overall by the Los Angeles Lakers in the 1996 NBA Draft. And over his career, he has hit clutch shots, made clutch steals and been an invaluable asset to teams. And with the Lakers, he holds a special spot with one of their stars. Kobe Bryant won five titles as a member of the Lakers. Derek Fisher was there for every single one of them through two separate stints. And even though he also played for the Utah Jazz, Golden State Warriors and Oklahoma City Thunder, he will always be more remembered as a member of the Lakers. In 2014, Fisher abruptly retired from the NBA. But instead of riding off into the sunset, he was named the coach of the New York Knicks and his former coach in Los Angeles, Phil Jackson. He lasted a little under two years in New York before the Knicks finally quit the experiment of him being the head coach. Of course, his relationship with current player Matt Barnes' ex-wife is one that garnered a ton of attention in this matter (and the situation that happened within that), but the performance of the team was something that was not appealing to the eye. So at this point, you would think that Fisher would be done. Well, think again.

Reports are out there that Derek Fisher is interested in playing again in the NBA. He is working out and actually hoping for someone to give him a call for his services. And with the money being thrown around these days to guys that have yet to really prove themselves, who can blame him? He can knock down an open shot, which is a huge thing in today's version of the NBA. But at 41 years old (he will be 42 by the time the season starts), Fisher is not exactly the first guy teams are going to look at. And he joins a short list of guys this offseason that have thought of comebacks recently including Richard "Rip" Hamilton and Stephen Jackson. But the reality of the matter is all these guys just cannot leave it alone. All had successful careers and all of them did not get to go out the way they probably wanted to. But none of them, including Fisher, can hang in today's game and play a meaningful role. And as far as Fisher, he cannot defend anymore if he wanted to. In fact, near the end of his second Lakers run, he became a defensive liability more and more. So for him to think he is going to come back and make an impact would be crazy. But all it takes is one team to think he can help them in some way. Personally, I just cannot see who that team is.

But along with Fisher having aspirations to play again, there may be something else at play here. Fisher's incident that happened with Matt Barnes' ex-wife is something that could still be sticking with him. Now no one knows if that is even true or not in terms of him still thinking about it, but the fact remains that the details don't look favorable on him. Fisher and Barnes were teammates with the Los Angeles Lakers for two years, so Fisher was around Barnes' wife, Gloria Govan, when they were around together. Needless to say, he was not a stranger to Govan when they started dating. When Barnes' son called him and told him that Fisher was at the house, Barnes did not like what he heard and left the Grizzlies training camp in California and drove 95 miles to go meet him at the house where Fisher and Govan were. And he proceeded to get into a fight with Fisher. All reports are that Fisher was on the receiving end of the anger of Barnes. Fisher is still dating Govan and Barnes is still playing in the NBA. One possibility is that he has not forgotten about that beatdown he received along with the Instagram posts that Barnes has put up addressing this situation. Fisher could be training to come back and face Barnes between the lines just one time. If that is the case, then he is letting his pride lead him into something that he is not prepared to handle. Barnes is 6'7" and is a known enforcer in the NBA. Fisher is known as a tough defender who flopped over his time in the NBA and he is a small guy on the court. This would only end up being a bad thing for him if this is his plan. The only thing that could work his way is if his team beats his, but he has to have a team to play for first. Barnes already has one to play for in Sacramento.

Fisher may be reliving his glory years thinking of a comeback. But at 41, his time has passed. Much like others that have retired before him, there is still that itch to play that cannot be scratched. But at some point, you have to realize that it is over. And as far as payback, just take the loss and move forward. Barnes is still playing and I'm not sure Fisher wants any of those problems if that is what is factoring into his thinking in this comeback. Either way, this is a bad idea to try and come back to the NBA. Your time has passed Mr. Fisher. 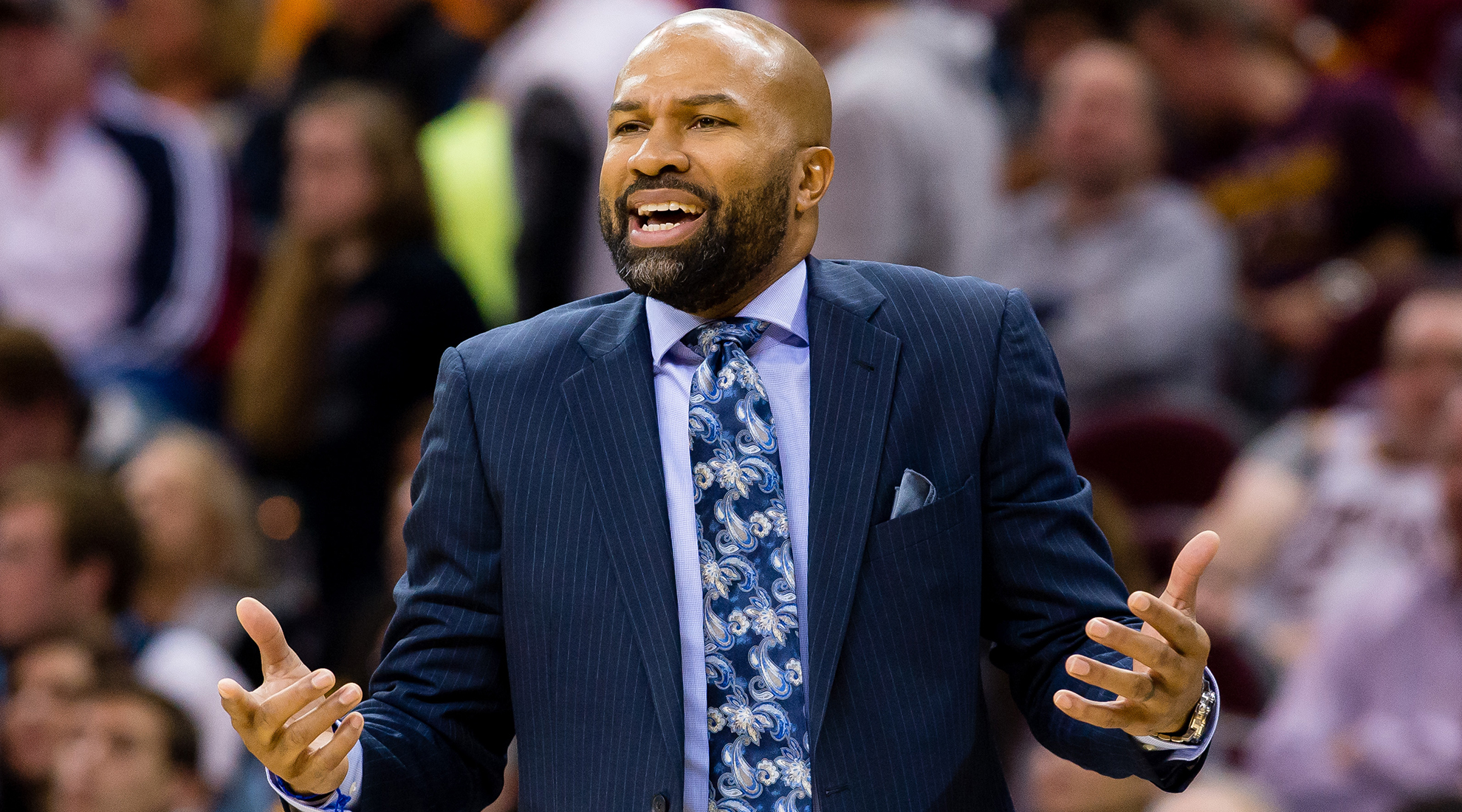