The Denver Nuggets are one of the NBA's best teams. Sitting at 41-18, they are currently the second-best team in the NBA's Western Conference. With the success they are having, there are some that think they can make a run at the Western Conference crown. After all, they are young, deep and talented. With a mix of vet experience and youth, there are even some that think they could actually make it to the NBA Finals. While all that sounds good and all to some fans and there is no doubt Denver is a good team, they unfortunately do not have enough to scare a team like Golden State and win the Western Conference. 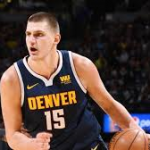 their bench, the Nuggets still don't have a guy they can point to and say "go get us a bucket" consistently. With the numbers he is putting up, Nikola Jokic would be assumed to be that guy. In this his fourth season, Jokic is averaging 20.4 points and 10.7 rebounds, which are career-highs. The numbers he has put up are impressive, but let's examine what kind of player he is. Along with Jokic being the top scorer on his team, he is also the leading assist person for the Nuggets. Those types of numbers are impressive as well, but when you watch him play, he can be highly passive sometimes. For a team that needs a leading scorer to be assertive come playoff time, can the Nuggets really expect Jokic to be that guy? Of course we know the Nuggets have Paul Milsap and it seems as if they have paced him for the playoffs, but Jokic is the barometer for this team unquestionably. If his career has told us anything, it's we don't know the answer to that question of him being aggressive when it counts. And until anyone knows that answer,  you really cannot see them as a team coming out of the West. 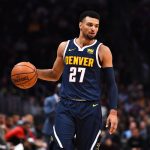 Along with the scoring issues, the Nuggets also don't have a traditional point guard. Before anyone loses it and says about other teams winning titles not have a traditional point guard, remember names like Michael Jordan, LeBron James, Kobe Bryant and Shaquille O'Neal were present on a lot of teams without traditional point guards that won titles. Looking at the Nuggets, they don't have a talent to the level of any of those four mentioned. They do, however, have combo guards as their starting and backup point guards. Jamal Murray has had another year elevating his points along with his assists, but at what cost has he done so? He is shooting worse than last season and he is averaging more turnovers than last season as well. And as far as their backup point guard, Isaiah Thomas is more of a scoring point guard than one that can mix up his functionality in the offense. While it's good to have point guards that can score, having two of them score at the right time is more important and both can be known to take inadvertent shots at the wrong time. In a playoff series that's close, one or two bad possessions could cost them a game and send them home. Can the Nuggets count on either Thomas or Murray to do what is required to win? Only time will tell.

While the Nuggets' success is great, they are still a work in progress. Regular season basketball is way different than playoff basketball. With a team that has a good corp of plays that have never seen the playoffs, it will be interesting to see how they handle the prosperity of the regular season in the playoffs.