The Thunder get better with Dennis Schroder

The Thunder had a lot of uncertainty heading to this offseason. Paul George was a free agent, Carmelo had a player option on his deal and the overall depth of the team was not as good as it needed to be. Add that on top of the team not knowing if they wanted to venture into the luxury tax even further and you got a lot of questions that needed to be answered. The first two questions were answered when George decided to re-sign with the team four years and Carmelo opted in to his player option for $28 million, but the other issues were still up in the air, The bench still needs some help and although Noel is a good addition, the Thunder still need more than that off their bench. All while they were trying to figure out the composition of their team, they were still trying to figure out what they were going to do with Carmelo Anthony and the huge luxury tax bill he was going to give them. He obviously was not in their plans going into this season, but what were they going to do with him? The Thunder helped him look around for the answers and one was finally found. The Thunder traded Carmelo Anthony to the Hawks along with a 2022 protected first-round pick for the services of Dennis Schroder and Mike Muscala. The Thunder then would flip Muscala to the 76ers for the services of Timothe Luwawu-Cabarrot (76ers also moved Justin Anderson in the deal to Atlanta). The main piece of this entire trade for Oklahoma City is Schroder, so how do he fit with Oklahoma City?

Westbrook is a breakneck speed point guard on the court. He likes to push the tempo and with the team the Thunder have right now, the starting five fits that pace, especially with Jerami Grant in the starting lineup in place of Carmelo Anthony. On the bench however, there are still some adjustments the Thunder needed. Noel can get up and down the court as a center and Terrance Ferguson could develop into a solid contributor off the bench along with Alex Abrines, but they needed an upgrade at the backup point guard position. Raymond Felton is serviceable, but at this stage in his career, he cannot push the tempo consistently. With the addition of Schroder, the Thunder now can feel more comfortable with their backup point guard role. Schroder's last season as a bench player, he gave the Atlanta Hawks eleven points per game along with four assists a game. His production in that role is well above what Felton could offer the Thunder in the same role and plus he could step in for Westbrook should the unfortunate happen and he get injured because of his starting experience.

Along with solving the backup point guard issue, there is another wrinkle the Thunder could throw in the equation when it comes to Schroder. One thing that Westbrook does a lot for the Thunder is handle the basketball. He grabs the rebounds off the backboard, initiates and the offense and takes shots too. With the addition of Schroder, it allows the Thunder to provide a different look. Schroder allows the Thunder to move Westbrook off the ball a little more, playing Schroder and Westbrook as the backcourt and moving George to the small forward position. Schroder is not a shooter, but he can penetrate the lane and with that happening, he can help get easier shots for Westbrook and George while on the court. And on the defensive end of the court, the Thunder don't drop off much at all with Westbrook and Schroder out there because both are gritty defenders that give maximum effort.

With Schroder, the Thunder solved an issue along with creating a new possibility for their team. Schroder said that he wanted out of Atlanta and now he is in a much better situation to win games. Add in the fact that Schroder's favorite player is Russell Westbrook and it should be interesting to see how these two coexist and help each other this season. 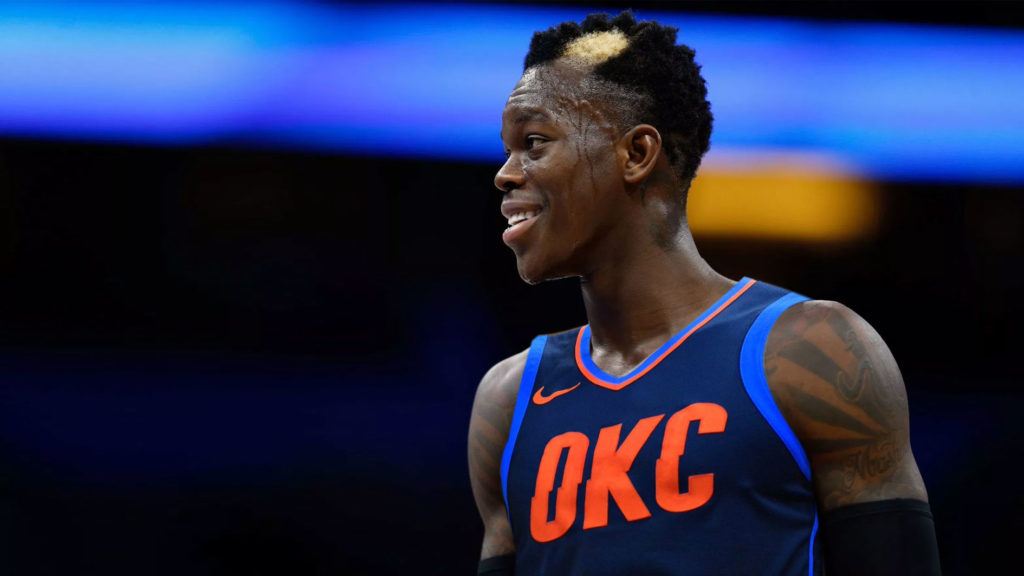