This past season was a tough one for the Memphis Grizzlies. Despite a rash of injuries that claimed a lot of their players, coach Dave Joerger was able to get the most out of what he had. And despite using the most different lineups in the NBA this past season, they were able to make it the playoffs. But once they got there, the Grizzlies were way overmatched. They were missing two of their best players, center Marc Gasol and point guard Mike Conley Jr. and they were going up against the San Antonio Spurs. And like many expected, the Spurs destroyed the Grizzlies in four games, ending their injury-riddled season. After the season, many expected the biggest decision the Grizzlies organization would have to make would be on Conley Jr. The underrated point guard is a free agent this offseason and Memphis has to decide whether they are going to do what they have to in order to keep him or let him go in free agency. But one decision the Grizzlies did not expect to have to make was who to coach their team. Dave Joerger approached the team this offseason and wanted permission to speak to other teams. Well, Memphis gave him the permission he wanted along with letting him go as Memphis' head coach. So with that, the search for a new head coach began for Memphis. And apparently, it is about to end very soon.

Memphis has offered their head coaching position to Miami assistant head coach David Fizdale according to reports. And the team and Fizdale agrees on a four-year deal. For Fizdale, this job would be his first head coaching job in the NBA. And for Memphis, they would be hiring another first-time NBA head coach, following Joerger and Lionel Hollins. With the deal agreed upon, it should be interesting to see what happens next. Fizdale is coming into a situation that has a lot of questions. The first question that needs to be answered is what kind of style they will play. In Miami, the Heat played at a pretty fast tempo. But they also could slow it down and play in the halfcourt. The Grizzlies have been known to have a grind-it-out offense. And with that, it seems like most of the NBA has caught up to and passed them. It is time for a change in their offensive style and Fizdale may be the coach that comes in and makes it happen.

If Fizdale indeed wants to change the style of the offense there in Memphis, he will need two things to happen. First, Memphis and Fizdale will need to get in touch with Mike Conley Jr's representation as soon as possible. He was a key piece in their offense the last few years and he would definitely be a key piece if they change the offense to pick up the pace. The veteran point guard is still cat quick when moving the ball up the court and would be a perfect fit in picking up the pace in Fizdale's offense. But of course, bringing Conley Jr back would require that they pay him. And rumor has it that San Antonio is looking to add him to their team. Conley would be hard-pressed to find a better situation than heading to the Spurs. But of course, the Grizzlies could deter those plans if they offer him enough money to want to stay in Memphis. And if they do so, then they would have two pieces in Marc Gasol and Conley Jr that could lead this team into the new era.

But along with having to bring back Conley, the Grizzlies will have to find a way to get rid of a player that has been synonymous with the success they have had over the years. Memphis power forward Zach Randolph has been great for the Grizzlies over his career, but it is time for the team to move him. Randolph and Gasol together were a force over the years, but both cannot be on the court together to speed up the tempo. So in looking to move Randolph, the Grizzlies could send him somewhere that needs a solid low-post scorer. And ideally, the Grizzlies would like to get back a player that can shoot and spread the floor consistently. This move may seem painful for Grizzlies fans to see happening. Randolph has done a bunch for the team and for the city of Memphis off the court. But when it's time, it's time. And Memphis has to move forward and move on from Randolph. And with him only being owed $10 million next season, he may not be as hard to move in the offseason.

The Grizzlies seem to have found their man in Fizdale. And with that, a new era of Memphis Grizzlies basketball is about to begin. Fizdale will definitely have his hands full with this job. For his sake, hopefully he and the organization are able to work together to bring his vision to life. If they are both able to do so, then the new direction in Memphis basketball could be a good thing. But if their past dealing with coaches are any indication, Fizdale could be walking into a hornet's nest. It's good for him that he is getting his first head coaching job. But all that happiness could turn into frustration if both management and Fizdale cannot work together to put a good product on the court. It should be interesting to see how this pairing works. 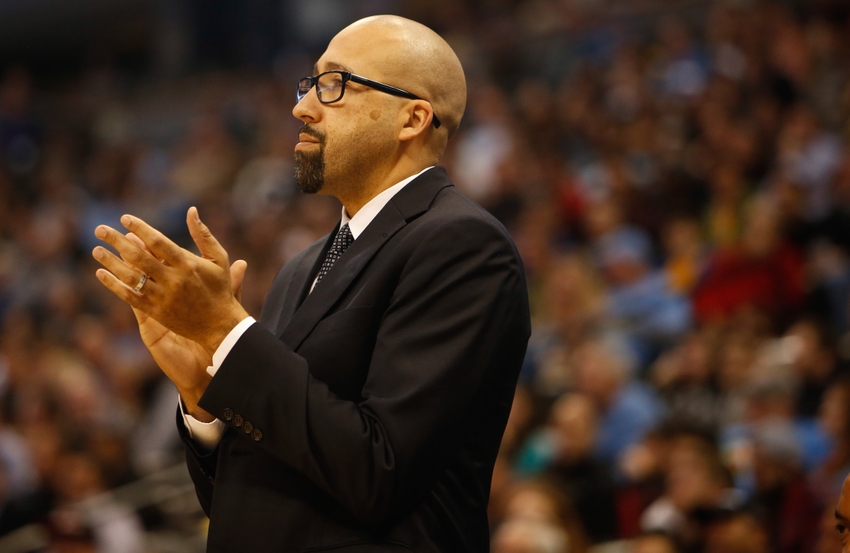