The Boston Celtics had it all lined up for this past season. They acquired Kyrie Irving to be their point guard, signed prized free agent Gordon Hayward, drafted forward Jayson Tatum and made a few minor adjustments to their roster to seek the Eastern Conference crown. Unfortunately, Hayward was injured in the first few minutes of the 2017-2018 season and Irving's knee troubles took him out for most of the second half of the season and all of the playoffs. The good thing about both injuries is the Celtics bounced back. They got great production from Tatum, second-year player Jaylen Brown and from young point guard Terry Rozier all the way through the playoffs. Along with their contributions, Al Horford gave them great play in the playoffs and the Celtics grit was on display all season as they made it to the Eastern Conference Finals. Unfortunately, they just did not have enough to overcome the Cleveland Cavaliers as they took them to seven games. The future looks bright for the Celtics and they are being looked at as one of the teams to challenge for the Eastern Conference crown again next year, but with that, there is always some decisions with personnel that have to be made. A couple of those decisions involve the players on their team and one of them could mean adding a bigtime player currently looking to play elsewhere.

The news broke of Kawhi Leonard wanting to move to a new team. Although he has not officially asked for a trade, the news is out there that he wants out of San Antonio. One team that's been rumored to be his landing spot eventually is the Los Angeles Lakers. However, with the Spurs now being rumored to not want to trade Kawhi to a Western Conference team, there is one Eastern Conference team that has more assets than any other team: the Celtics. The interesting thing in a potential deal is who will they take and what picks will be shipped if it happens. Per Boston.com, the Celtics could potentially have five first-rounds totals in the 2018 and 2019 drafts. A combination of two 1st round picks, Jaylen Brown, Marcus Morris and potentially Terry Rozier could be heading the other way in return, giving the Celtics Kawhi Leonard. Having Irving, Hayward and Leonard out there together would be an outstanding amount of talent and with their motion offense, Kawhi would fit in seamlessly. He would also give them a lockdown defender to enhance them defensively. If the Celtics can add Kawhi and keep some of the surrounding pieces for Boston (one key piece of talent would be Marcus Smart), the team would have the potential to take it to another level, provided Hayward and Irving come back strong.

Now of course, with every decision there is also the potential for disaster. For the Celtics to make this trade, they would have to make sure and get a commitment from Kawhi. The star forward can opt out of his current deal at the end of the 2018-2019 season. The Celtics would be giving up a lot of pieces for a guy they would only be renting for a year and that is not the style Danny Ainge usually rolls with. Another issue is they need to make sure Kawhi is healthy. If he isn't healthy, that drops any consideration of him coming to Boston and it will hinder his trade value across the board. A huge wildcard in this whole equation is the potential for the Celtics to get rid of Kyrie Irving. The talented point guard has let it be known that he isn't signing an extension this offseason. The Celtics are reportedly fearing he could leave after this season and that has them thinking of shipping him out. If they are thinking of making that move, then the trade pieces they have available could alter what they would want to ship to San Antonio for Kawhi.

The Celtics are in a great position to make a run as they currently are constructed and with this decision,  but they have to think very carefully. Do they want to push their chips to the table or do they want to trust their young players to learn from the postseason mistakes of 2018? The one thing about Danny Ainge is he never really shows his true hand until you see him take action. More than likely, we will not see the move coming until it drops on social media and sports outlets. So until then, Boston fans can ponder on what it would take to make it happen while others wonder if they even need to do a deal to bring in Kawhi. 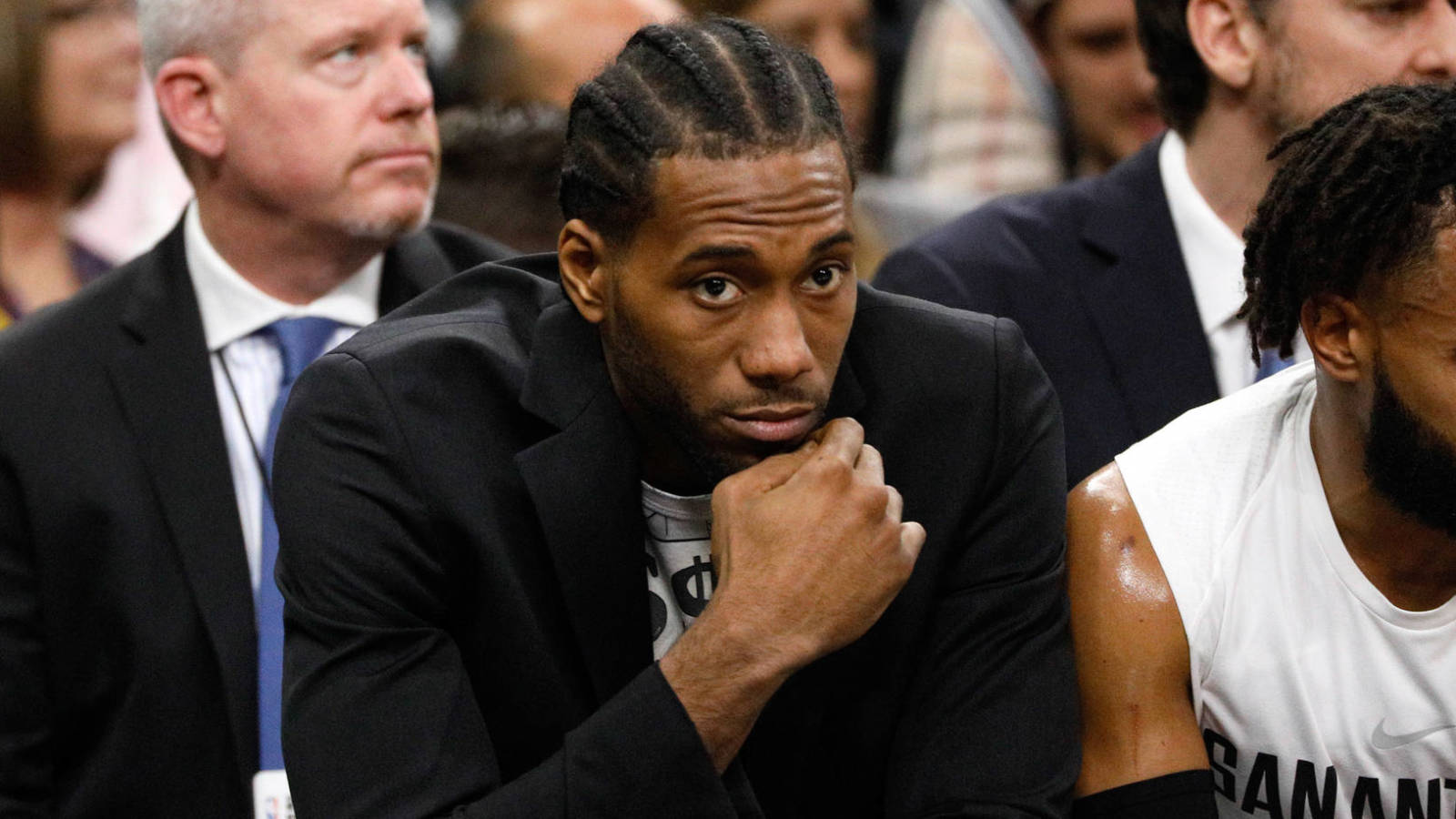