The Cleveland Cavaliers Are Full Strength Heading To The NBA Finals

The Cleveland Cavaliers almost ended the drought last season. It has been forever since Cleveland has had a title hoisted by a team from that area in any sport. And with the return of LeBron James, the hope that a title would return got stronger. The Cavaliers almost made it happen last season, as they made it to the NBA Finals and were up 2-1 against the Golden State Warriors. But eventually the Warriors would come back and win three straight to capture the series and the title. The feelings in Cleveland went from joy to disappointment. And those famous words were uttered: "Wait until next year." Next year is here and the Cavs came out with a mission. And although there have been some bumps in the road, whether it be a change of coach or rumors of friction on the team, they maintained the top position in the East this season. And as of Friday night, they qualified for the NBA Finals for the second straight year. But this year, things are a little bit different.

Last season, the Cavs were revving up for a run, but they ended up losing pieces along the way. They would lose forward Kevin Love in the first round of the playoffs. And in the first game of the NBA Finals, the injuries that were hampering point guard Kyrie Irving finally got him, as he suffered an injury to his kneecap that would cost him the playoffs and some of his 2015-2016 season. So after those guys went down, the burden of winning the title for Cleveland fell on the broad shoulders of LeBron James. And to his credit, he left it all on the floor, averaging 36 points, 13 rebounds and nine assists throughout the NBA Finals. But what was not talked about that series is the amount of shots it took for LeBron to get the points he had. James averaged taking 33 shots a gam, which is way more than he ever wants to take. But he had to do what he had to do to try and help his team win. Unfortunately, his team just was not the better team and Golden State. The Warriors had multiple weapons offensively and they also had multiple defensive bodies to throw at LeBron. And with that, Cleveland failed to win a title with LeBron back in the house.

The Cavs are back but this year, things are different. LeBron is still the focal point of the team, leading the team in scoring at 24.6 points per game in the playoffs. But this year, he enters the Finals with some backup. Up until the Eastern Conference Finals, LeBron was not leading the Cavaliers in playoff scoring. That honor belonged to point guard Kyrie Irving. With his soft shooting touch and wizardry handling the basketball, he was scoring almost anytime he wanted to. Of course he hit a rough spot in Games 3 and 4 in the Eastern Conference Finals in Toronto, but even with that, he is still averaging 24.3 points per game. His will have a tough matchup at point guard in the NBA Finals, but he is a tough matchup in his own right with what he can do offensively. But not only is Kyrie back, but so is Kevin Love. Many may like to rag on him and say that he is overrated, but he is a key figure on this team. It seemed like when the Cavaliers made a coaching change from David Blatt to Tyronn Lue this year, it tapped into something with Love. And he was more involved in the offense instead of just shooting three-pointers and being an observer. And even though he is the third wheel here, he is averaging 17.3 points per game. And when he is involved along with LeBron and Kyrie, this makes the Cavaliers very difficult to defeat.

Heading to the NBA Finals has a different feel for the Cavaliers this year. Instead of limping in, they are going into the NBA Finals in stride. As a team, they are a year older and a year more together. And for most of them, the experience of last year is still burning in their memories. The competition will be stiff and they will have to play well as a team. But it surely feels better for LeBron and the Cavaliers to have their Big Three together and playing well at the right time of the year. The question that remains is if these two big pieces being back will help the Cavaliers bring that elusive championship to Cleveland. Only time will tell on that one. 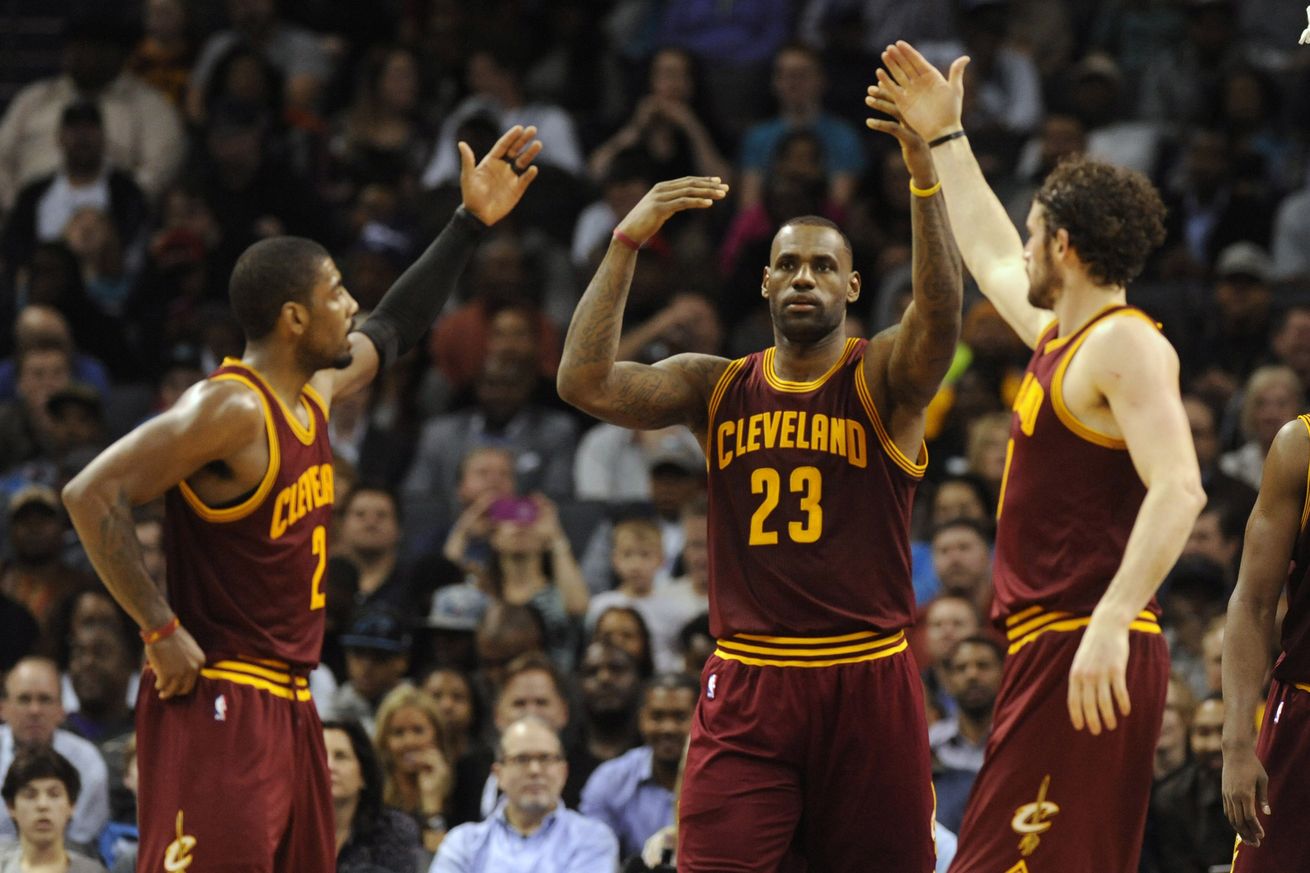