Wholesale Changes For The Cleveland Cavaliers

When the season began, the Cavs looked like a deep team with veterans that would get better as the season went on. They started a little rough, caught fire and then lost steam again on the way to becoming the butt of everyone's jokes on social media. The reality that started to set in was they were not a lock to make the NBA Finals with what they had. Isaiah Thomas was still struggling along with disrupting the chemistry, Jae Crowder had not found himself and the defense was just atrocious. The one saving grace on that team is the best player in the world was there in LeBron James, but even with him, that was not enough. Cleveland had a decision to make. Do they stay with what they have and hope it gets better or do they make some moves to change the dynamic of the team? Well, if today is any indication, then they were definitely not in "wait and see" mode. The team traded Dwyane Wade (Heat), Jae Crowder (Jazz), Derrick Rose (Jazz), Channing Frye (Lakers) and Isaiah Thomas (Lakers) today as they flipped their roster. The players they received in return were Rodney Hood from the Jazz, Larry Nance Jr. and Jordan Clarkson from the Lakers and George Hill from the Sacramento Kings. The total flip of the roster has been criticized heavily by fans of the NBA as the team giving up and throwing in the towel on the season, but if you take a closer look at this one, the Cavs did not really do that bad at all in this overhaul.

The Cavs had veteran players up and down their lineup. Usually that will mean a team that is ready to win and will get it together on both ends of the court quickly. With this team, that did not seem to happen. The offense seemed stagnant at times, with guys standing around watching or guys just not tuned in and the defense was non-existent, as they were quiet as church mice on the defensive end. The Cavs lacked some athleticism that they needed and with this trade, they got just that. Hill may not be the scorer that Isaiah Thomas was, but he is a better defender than he is. Having that guy at the point of your defense that can deter opposing point guards his huge to have and can be the start of that defense getting better. Along with that, the acquisition of Hill, Nance Jr. gives them some versatility coming off their bench as a backup big man.  Nance may only be 6'9", but he can play both power forward and center (in a small ball lineup). With his leaping ability on the back line, he gives the Cavs some shot-blocking they did not have before. The other guys like Clarkson and Hood are definitely guys that can make things happen on the defensive end, as Hood is a big guard and Clarkson is definitely not the defensive liability that Isaiah Thomas was.

Offense was never the issue with the Cavs, as they were solid there. What was one issue that many had with them this season was their age. The Cavs were one of the older teams in the NBA and that was not a good thing when looking at their upside. Wade was a step slower and Rose was older along with people being unsure he could stay healthy. With the new crew coming in, all are younger than the guys that they are replacing except for Hill. Although they may have traded away players that were big in name, they did get guys that were just as productive but not as well-known. And the even better thing is they are still as deep a team as they were before the trades happened today. The only thing that may be holding them back at this point is time because they will only have a limited amount of time left in the year. The way this team gels going forward will definitely be something to watch when it comes to all these new pieces.

The Cavs, whether folks want to believe it or not, had to do something. As Cavs general manager Koby Altman said, the Cavs "were marching a slow death" as they were currently put together. With this new breath of life and the youth infusion, maybe they can gel enough to win the East. As far as winning the whole thing though, they may not have enough to get them over the top, but then again, they do have the best player in the world, LeBron James. 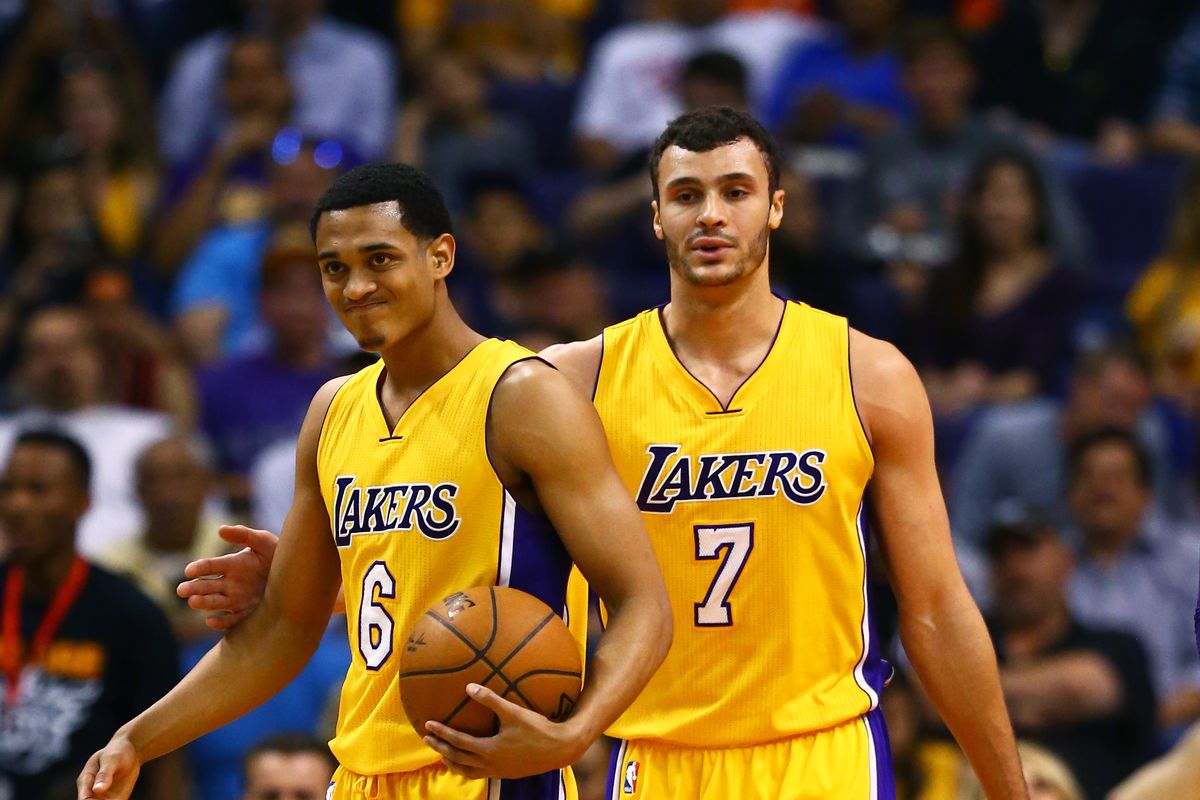