The East is the Celtics to lose

The Eastern Conference has been known as the LeBron James Invitational for the last eight seasons. Going into next season, it won't though because LeBron is now in the Western Conference playing for the Los Angles Lakers. With LeBron's stranglehold on the conference crown now gone, the East appears to be more wide-open than it has been in years. Plenty teams are thinking they have a chance to win the conference. While there are some thinking they are title contenders, there is truly only one team that is prepared to win the East and compete for a title. No, that team is not the Toronto Raptors now that their personal boogeyman has gone to Los Angeles. No, it isn't the Philadelphia 76ers despite their success last season. The team that is most prepared to win it all is the Boston Celtics and next season could begin their run as the kings of the Eastern Conference.

Last season, the Celtics were deemed to be the team that could take over the East from Cleveland. They had acquired Kyrie Irving and signed Gordon Hayward during the offseason to go along with their young corp. Unfortunately, Hayward was injured for the season in the first game and Irving was injured for the year in the second half of the season. Even with those injuries, the Celtics were able to make it to the Eastern Conference Finals, where they were able to take the Cavs to seven games before falling to Cleveland. Last year allowed the depth of the Celtics to show and allowed players like Terry Rozier, Jayson Tatum and Jaylen Brown to get great experience. As a result, Rozier looked very special at times, Tatum looked like the next great Celtics player and Brown took it to another level with more playing time. With all three back along with a healthy Irving and Hayward, the Celtics have the deepest team in the East. They can shoot, pass and rebound on the offensive end and on the defensive end, they play with great effort. That combination of depth, skill and hard work makes them the best team in the East and it isn't even really that closes.

The Celtics are the best team and on paper should win the East, but like anything, there is a way they could lose the East. Rozier, Tatum and Brown all got their rhythm by being starters last season. They got as much time as possible and Boston was rewarded with hard play, wins and a potential glimpse of the future. With Irving and Hayward returning, all three have to go back to roles they had become unfamiliar with. It may not seem like a big thing at all, but it could disrupt the flow of this team as we came to know it last season. Another issue that could come about is the Kyrie Irving contract extension situation. While players don't want to acknowledge it, when a bigtime player is going through a contract situation, the team is not sitting as easy as they would be. The Cavaliers went through it last season with LeBron James and were able to overcome it enough to make the NBA Finals. We will get to see this season if the Celtics are able to block out the distractions and do what they are predicted by many to do.

The Celtics have all the components you would need to win. The only thing that can really get in the way of them winning the East is themselves. The Raptors and 76ers are tough, but they don't have the depth of Boston nor do they have the skill to do so. We shall see what happens, but it would be a disappointment if the Celtics did not represent the East in the 2019 NBA Finals. 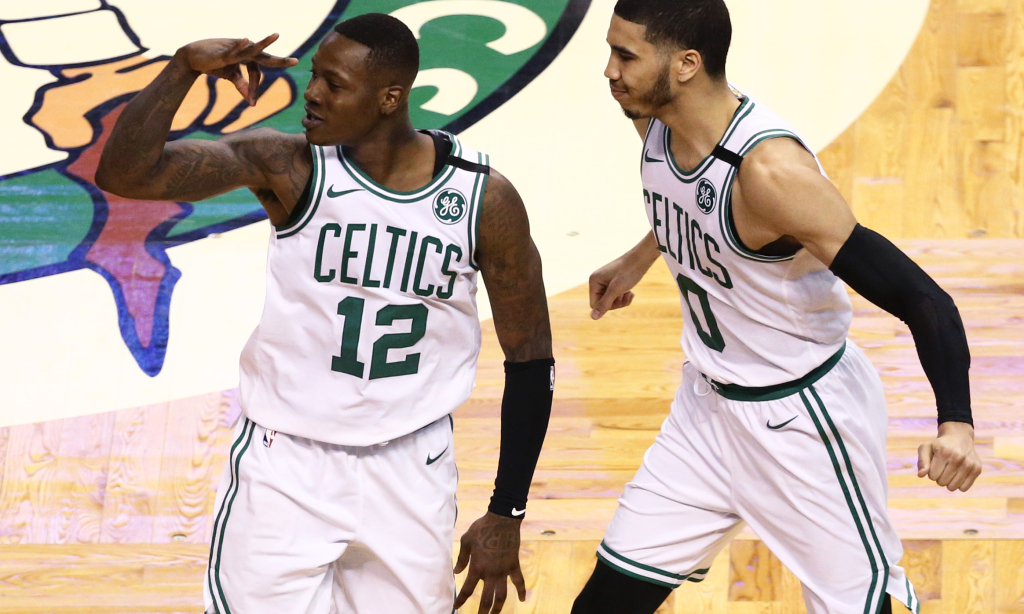