A Game Of Anomalies In Cleveland

What is an anomaly? By definition, an anomaly is a something that deviates from the standard, normal or expected things that can happen. Life has these anomalies happen all the time and if you don't believe so, then live a little bit. Everyday, you have a routine that you go by. Whether it be brushing your teeth a certain way or leaving the house for work at a certain time, that routine gives you a level of comfort. However, when you step out of that routine, it seems that things can feel weird, strange and downright uncomfortable. Speaking of feeling different, the Boston Celtics surely felt strange as they headed into Cleveland down 0-2 in the series and the recipient of two blowouts at home. Couple those bad losses with the news that Isaiah Thomas was going to miss the rest of the series with a hip injury and the hope for Boston to get back into this series was not very strong amongst basketball fans. Well, lucky for Boston, they actually play the games. After being down as much as 21 points versus the Cavaliers in Game 3, Boston fought back and won Game 3 in Cleveland 111-108, courtesy of an Avery Bradley three-pointer that trickled through on a couple kind bounce with .1 seconds left. With that win, there are many that have begun to give the Celtics hope, while there are some that are questioning the Cavaliers. While all those questions may be fine to ask, there are certainly some anomalies that happened in this one.

One of the biggest anomalies happened with the guy that replaced Isaiah Thomas in the starting lineup. Marcus Smart has been known for his hustle, heart and his defensive ability for pretty much all of his career. He usually comes in off the bench and gives them that toughness they need along with a jolt of energy. With him starting, the feeling was you would see his characteristics he displays on this team along with some occasional points and assists. Well, the Celtics got a little bit more than they bargained for from Smart. The third-year guard out of Oklahoma State has not exactly been the best shooter for his career, especially from the three-point line where he is a career 29% shooter. In Game 3, Smart had a team-leading 27 points including 7-10 from the three-point line. Yes, Marcus Smart hit seven threes in one game. This performance by Smart behind the three-point line is totally atypical from what he usually does. He had not even hit a three-pointer this series before Game 3 and it seemed like he could do no wrong behind the line Sunday night.  Smart shot the basketball exceptionally well and should be applauded for how well he played, but let's be real here. What are the chances that he hits this many threes in another game? Looking at his shooting percentages, this type of shooting happening again in this series is not likely. But there must have been a full moon in Cleveland Sunday night.

Smart was not the only one having an out-of-body experience Sunday. LeBron James has been dominant this postseason. He was doing whatever he wanted against the Pacers, Raptors and up to Sunday against the Boston Celtics. He was driving and finishing with ease, hitting the midrange jump shot and he was also knocking down the three-ball at the best shooting clip he had in his postseason career. The way he was toying with Boston the first two games, you expected the onslaught to continue with him versus the Celtics. However, Sunday night was one of his worst playoff games in recent history. James would finish the game with only eleven points on 4/13 shooting. Unlike previous games, James was not able to waltz in the lane. Things were a lot tougher on him because Boston was a little bit more physical with him and it just seemed like he could never get in any type of rhythm. The crazy thing is the Cavs still were in position to win this game despite the poor performance by James in this one. James took the blame for playing badly after the game and many are probably miffed that it even happened, but is this something that we can expect again? Well, take a look at James' career and that answer is more than likely no. However, it will be interesting to see how he bounces back and of course it will be fun to see how his down game is talked about on social media and by analysts across the country.

Both Smart and James did things that no one expected. Smart was unconscious from behind the three-point line unlike any time in his professional career. LeBron was the dominant force of the playoffs until Sunday night when he laid a dud. The thing that is funny about this whole game is that Cleveland giving up a big lead and Boston shooting the three well were not the anomalies in this game. While those were not the anomalies that Smart and James were, the vision of Game 4 definitely took a shape that was different than anyone thought it would be. They say a series never really starts until the home team loses a game. Well, Cleveland got shocked and lost Game 3, so now it is time to see how the Cavs respond to the first bit of adversity they have seen all postseason. 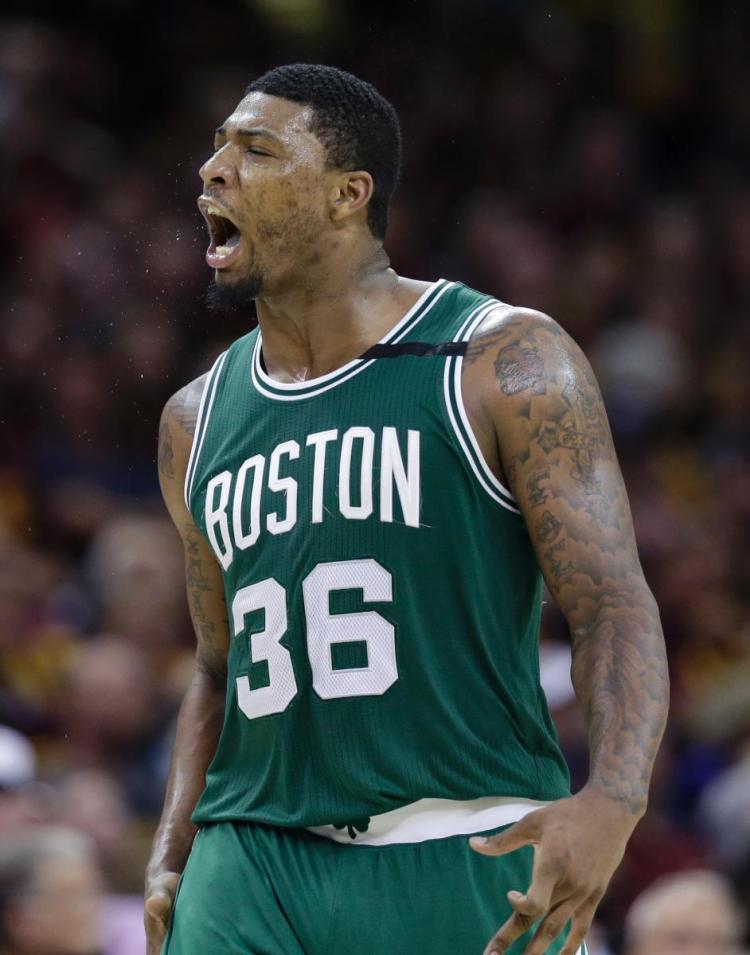