Pressure Will Play A Key Role In Game 4

The Cleveland Cavaliers came out and played like a desperate team in Game 3. From the start of the game, the Cavaliers were the more aggressive team. Their defense was attached with Steph Curry and Klay Thompson pretty tough to start this game. And along with the defensive intensity, the Cavs were attacking the basket with fearlessness as they tried to preserve their season.  The Cavs ultimately won the basketball game and cut the series lead down to 2-1. And immediately after that game, the media and others began to speak on the response by the Cavs and the momentum switching addresses. Meanwhile, the Warriors looked like they were out of sorts all game long. Steph Curry was being hounded and trapped all game long, as the Warriors were struggling to shoot from three-point range or even get something going early to the basket. Now, as we enter Game 4, there is pressure in the air. The Cavs have a chance to tie the series at two. The Warriors, on the other hand, have a chance to take a commanding lead with a Game 4 win. Needless to say, there is pressure on both teams to make it happen. The biggest question is which team will handle the pressure the best.

The Cavaliers were in dire straights coming into Game 3. There were many questions out there as to if the Cavaliers could even win a game. And individually, the media was ripping to shreds the performance of James, Kevin Love or Kyrie Irving so far through two games. Well, Game 3 went a long way towards quieting the critics of the Cavaliers and their Big Three. The Cavs physically manhandled the Warriors on their way to winning and creeping to behind only one game. And while the Cavs fans are happy for their team to finally get on the board, their star knows that there is much work to be done. Before Game 3, James labeled Game 3 as a do-or-die game. And when they won, that tune did not change. LeBron said that after Game 3 that Game 4 was a "do-or-die" game for the Cavaliers. If that is the case, then the Cavs have some serious pressure on them. And for LeBron James, he has the weight of the world on his shoulders. The Cavs fans will be charged up and ready to go as their team returns to action in Cleveland. And for the Cavs sake, they better hope they can get a handle on their emotions and feed off the energy their fans give them. They don't want to go back to Golden State down 3-1 with a chance for the Warriors to claim back-to-back titles. And with each passing quarter, provided they don't play well, the pressure will intensify. The time is now for them.

The Warriors, on the other hand, raced out to a 2-0 leader in this series. And although the Splash Brothers, Steph Curry and Klay Thompson, have not got it going, the Warriors bench seemed to have offset their perfomances in the first two games. But after a Game 3 to Cleveland, the Warriors looked like they took a shot to the gut.  And looking at the faces of Golden State players after the game, you could see the frustration and disappointment in their expressions. The other thing you may be able to recognize is the trendous pressure the Warriors are under. The Warriors had the best record in basketball and have handled any and all challengers themselves. But in Game 4 tonight, there will be some added pressure. They don't want to squander the lead they have and surely want to finish off this season as champions. The pressure is on them to win this game so they can stunt the momentum that Cleveland is trying to build. As this game goes on and the game is in the balance, it will be interesting to see the reactions of some Golden State players. And it will also be interesting to hear their responses if they lose the game.

The Warriors and Cavaliers have been facing pressure games all season long. But the level of pressure has gone up in the NBA Finals. The Cavs have all the pressure of winning a title for Cleveland and ending their long drought of losing. And for Golden State, the Warriors don't want to let squander their record-setting season in the NBA Finals. So who will it be that wins this big game? And more importantly, which team is able to handle the pressure in this big game. Whichever team  handles the pressure situations better will end up changing the complection of this series. 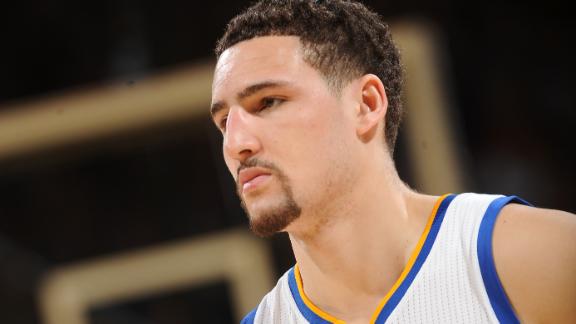