When Carmelo Anthony landed in Oklahoma City, no one knew what to expect. With he, Paul George and Russell Westbrook, the hype machine surrounded them and expected them to be a contender in the West. Well, they had their moments, but they were not as good as advertised, getting bounced in the first round of the playoffs. Carmelo Anthony  had one of his worst seasons. He had career-lows in points per game and field goal percentage as he struggled to find his groove with the Thunder. As a result, there was some thought that he would not be there in the upcoming season as soon as the 2017-2018 season was over. With Paul George and Jerami Grant re-signing and the Thunder looking at a $300 million luxury tax bill, the day finally came where both sides admitted it was time. After Melo opted in to the last year of his deal, which paid him $28 million, both sides believed it was time to call it quits on their relationship. The Thunder will be working on trade options, buyout options and even the stretch provision on a buyout, which would allow the Thunder to not observe that hit all at one time. The more likely option is Carmelo being bought out, which would open him up to a ton of teams. Like everything though, there are only but a few places he would fit. Let's take a look at the five places that would fit Carmelo Anthony the best.

This rumor has been out there forever. Carmelo would fit this team as the third option but he would probably get better quality shots because of the presence of his buddy Chris Paul. Melo could slide right into the spot vacated by veteran small forward Trevor Ariza. While he isn't the greatest defender, he is the better career scorer and shooter than Ariza and would only make their offense that much more dangerous. One thing  of note that could hurt this marriage is the presence of Mike D'Antoni because of he and Carmelo's relationship in New York when D'Antoni coaching him there.

Everyone is thinking the Los Angeles Lakers, but don't discount the Clippers as a place Melo could look at. He would join Tobias Harris and Danilo Gallinari as forwards who could play the small forward and power forward positions, making them all interchangeable. We know Melo wants to start, but he would be better served on this team coming in off the bench with Lou Williams, as both can fill it up. He would also add what the Clippers don't have: a post up game.

You cannot discount the Lakers and LeBron James making a run at Melo. Of course LeBron and Melo are friends, but the Lakers need his shooting in the worst way. If he is willing to accept a backup role, he could come in and let it rip as the Lakers need someone to spread the floor for LeBron James. The negative in this situation though is that he could take away playing time from the young kids in Los Angeles and he also does not bring much defensively to help the Lakers win. It will be interesting to see if the Lakers make a run at Melo.

The Miami Heat have a connection to Carmelo Anthony and that connection is Dwyane Wade. Anthony and Wade are friends and it wouldn't surprise anyone if Wade decides to reach out to Anthony about him coming to South Beach. Other than having Wade there with him, Anthony could bring the Heat some outside shooting they need. He could also either spot start or be a bench player for them, giving them offense they need (especially if they go to the small lineup even more next year). His post game would also be something the Heat could use.

We shall see what the next chapter brings for Carmelo, but what will be even more interesting is what role he plays wherever he lands. It should be interesting to watch how things develop. 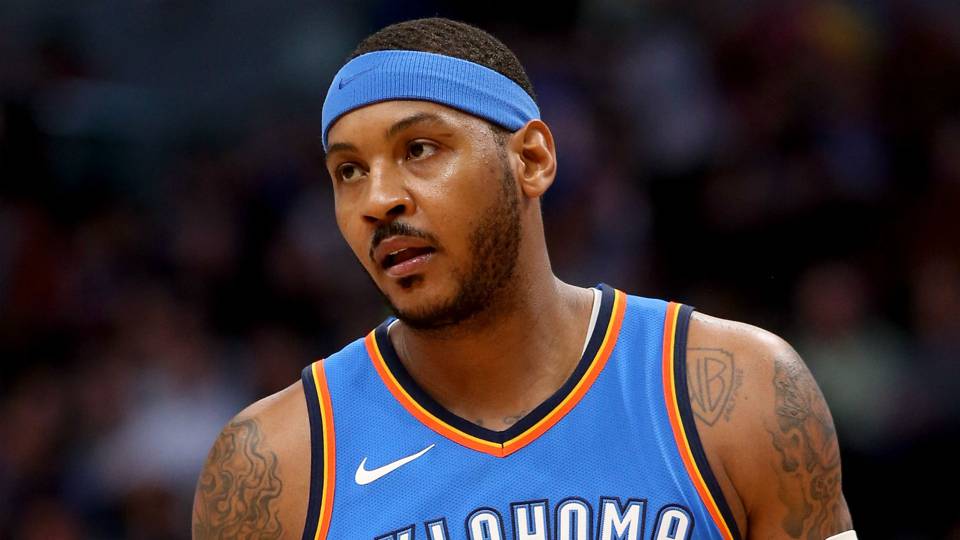