A Change Of Plans For The Chicago Bulls

The Chicago Bulls may not have been looking to trade Jimmy Butler, but they were listening. The calls were coming from Boston, Cleveland and Minnesota among the teams that were trying to pry him out of the Windy City. Meanwhile, Jimmy Butler was at one point reportedly going to Cleveland before all the reports came out about Cleveland players telling him not to come there. Whether that was true or not, the Butler-to-Cleveland talk went away and had Butler saying that he wanted to stay in Chicago. Well, that was murky at best going in the draft and now it is a reality that he is gone. It was announced during the draft that Butler, along with the 16th pick in this NBA Draft (which turned out to be center Justin Patton from Creighton) was traded to the Minnesota Timberwolves for guards Zach Lavine, Kris Dunn and the 7th pick in this year's draft (that pick turned out to be Arizona big man Lauri Markkanen). Just like that, the West gained one of the best players in the NBA while the Bulls look to be changing the way they do things.

Last season, the Chicago Bulls looked like they were rebuilding their team and there was a thought they would trade Butler last summer. But when future Hall-of-Famer Dwyane Wade decided to come to Chicago along with point guard Rajon Rondo, the Bulls decided they would trot out these vets with Butler and try and make a run. Well, that combination did not work and the Bulls bowed out in the first round of the NBA playoffs. Going into this summer, it looked like the pieces were aligning for these three to combine again for another season. But that all changed with the trade of Butler to Minnesota. So with the Bulls trading their best player, what does this now mean for Wade and Rondo? The Bulls look to be wanting to rebuild their team and they just traded for a young point guard in Dunn and a young shooting guard in Lavine. If they are committed to going younger, then they have to move Wade and Rondo. Wade recently committed to opting in to his second year in Chicago. If that commitment is binding, then the Bulls will have to buy him out and at a salary of $23.8 million this season, that price will not be cheap. As for Rondo, the same fate may await him as well. The Bulls said they wanted to bring him back, but would this really be the right scenario for that? Both Rondo and Wade are in the ending portions of their careers, so why not buy them out if that is what they want? Holding them in Chicago isn't a good decision and we know both can be cantankerous at times. By getting rid of them, the Bulls now give both players a chance to join a contender.

As for the players the Bulls are receiving, they are definitely in wait-and-see mode. There are questions about all three of the guys Chicago received in this deal. Zach Lavine is talented and he averaged 18.9 points per game last year. That type of production out of a guy in his third year in the NBA is very promising. With his athleticism, he scares people on the court. Lavine would sound even better for the Bulls if he had not tore his ACL last season. That type of injury takes time to come back from and how he does this season will depend on how he recovered from the tear. If he is close to or at 100%, then he could fill the whole on the Bulls roster in terms of scoring. Dunn, the Bulls new point guard, was a high draft pick for the Timberwolves last year. The Timberwolves expected him to push and eventually replace their current point guard, Ricky Rubio, but it never happened. Dunn was disappointing in his first year and now we see him traded to Chicago. The question Dunn has to answer is was his rookie year an aberration 0r is that who Dunn will be in the NBA? This year could go a ways towards showing us who he is. Hopefully for the Bulls he becomes their point guard to build with instead of the disappointing results the Bulls got from Michael Carter-Williams and Jerian Grant. As for Markkanen, the kid can shoot the basketball. There is no doubt about that at all. He can spread the floor for the Bulls from the power forward or center position. But the issue for Markkanen isn't the offensive end of the court, but on the defensive end of things. Markkanen has the length but does he have the desire to be a good defender? We shall indeed see with him when he gets to work.

The Bulls are doing what some think they should have done. While it may hurt them to lose Jimmy right now, it will hurt them even more giving this façade that they want to win when they really don't. The best decision would be to start all over again, but you never know with this front office and their tendencies. They could keep Wade and Rondo and think they are going to make the playoffs with the pieces around them quite honestly. What they do from here on out is purely speculation, but when you trade the best player on the team and trade him for people that have some question marks (but also have the ability to be very good), that sends a clear sign that the playoffs are not a big concern this season. Time to change things up with Chicago and that means it is time to start going young and replenishing the franchise. 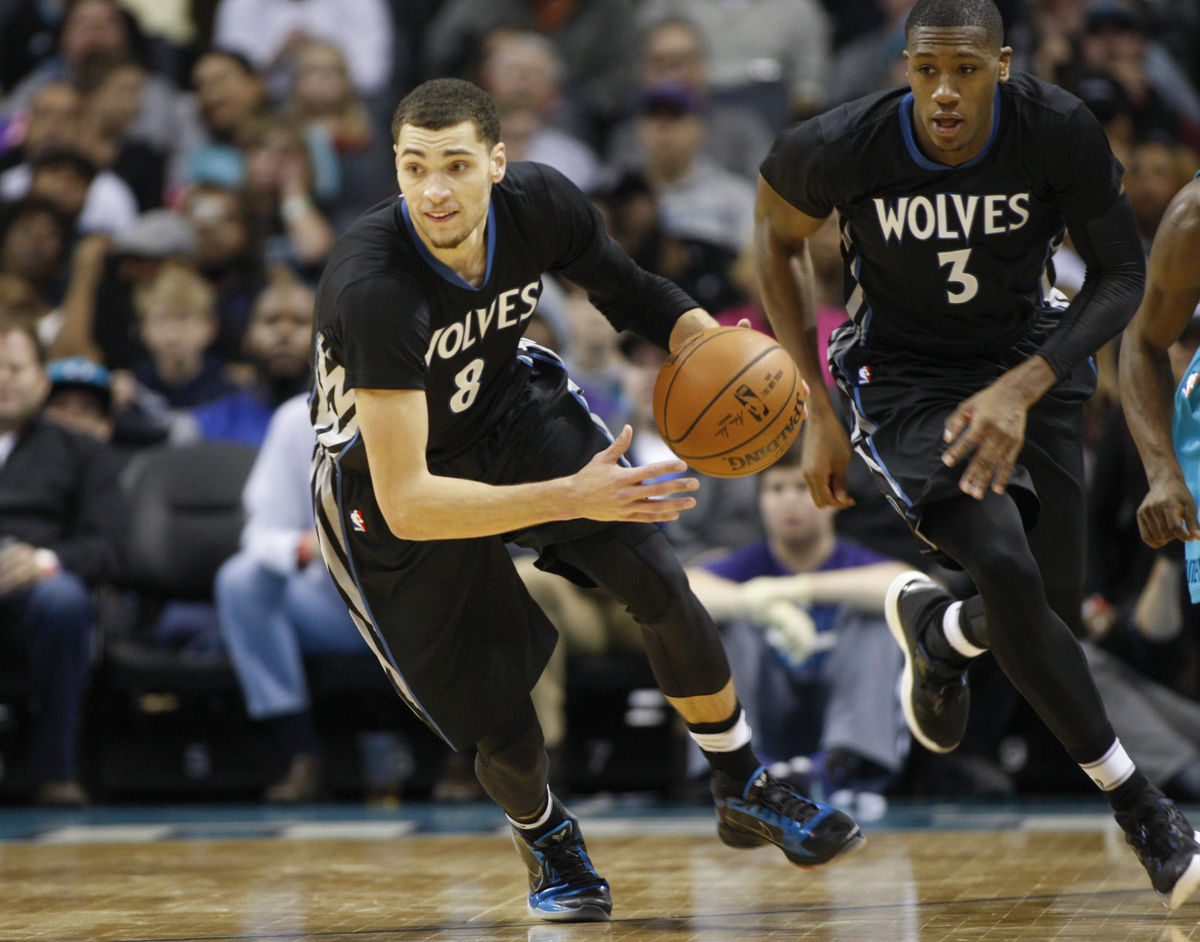