The Prospects Of Buddy Hield In The NBA

The Oklahoma Sooners were a team that some thought could make it happen. They returned great guard play and were solid in the post. And when the season started, the Sooners were rolling. They even got as high as number one in the country. But they eventually fell back to earth in the Big 12 conference. They regained their footing as the conference tournament approached and caught fire in the NCAA Tournament. The main source of the optimism in Oklahoma this year was senior Buddy Hield. The 6’4” guard from Freeport, Bahamas was expected by some to enter the NBA Draft after last year. But he decided to hang around and give it one last run at a national title. And Oklahoma was thrilled that he did. Hield averaged 29.3 points per game in four NCAA Tournament games leading Oklahoma to the Final Four. But in the Final Four, the Sooners lost by 41 points to the Villanova Wildcats, who were getting their revenge for a 78-55 loss at the hands of Oklahoma. Hield scored 9 points, which was only the second time he had scored single digits all season. The senior year of Hield, in which he practically became a household name, is now over. And next up for him is the NBA. But how will Buddy’s future play out?

Plenty are looking at Buddy being a lottery pick this year. The shooting he displayed this season was great. He shot a career-high 46.5% from three-point range. And with the threes that he shot, there were plenty that would have been good in the NBA. That type of shooting will help some team that needs a guy that can spread the floor. But Buddy was not just a shooter in college, but a scorer. And one of the most impressive things about him is that he shot 50% overall while scoring 25 points per game on 16 shots. If will be interesting to see if he can continue that type of efficiency at the next level. Another thing that Buddy can do is play solid defense. Although he is not the prototypical size for a shooting guard, Buddy can hold his own and does not give up very much defensively at all. Of course he will need to make some adjustments because the quickness in the NBA will be better than he has seen in college. But he is not slew-footed in any stretch of the imagination.

Hield’s shooting is something that NBA teams will marvel over. But unfortunately that is the best thing he can do right now when it comes to the NBA. Hield has gotten better over his time at Oklahoma with his handles, but they are still not good enough to beat anyone off the dribble in the NBA. Essentially, Buddy is only good enough at this point to be a spotup shooter at the next level. In college, he was able to use the stepback jumpshots to free himself. Plenty times you would see him dazzle unsuspecting defenders who were expecting him to pull up from deep. But in the Final Four game versus Villanova, we saw what happens when players play physical defense that crowds him. Buddy could not get free expect for one time when he attacked the rim. Other than that, it seemed like he settled for just shooting jumpers. Buddy will have this same type of struggle on the next level if he does not work on his handles. And that means that he will not be able to be a playmaker. And at 6’4”, he has to be able to do much more than just shoot to be a starter in the NBA.

Buddy Hield has been great for college basketball. He has been exciting on the court and has shown what constant improvement can mean for the development of a player. Hield only averaged 7.8 points his freshman year of high school. And this year he averaged 25.4 points per game. But that means absolutely nothing if his total game cannot translate to the NBA. Quite honestly, he is very similar to Sacramento’s Ben McLemore. McLemore was a very good shooter in college and was excellent from the three-point line. But he has not been more than a spotup shooter in the NBA and still cannot take anyone off the dribble. Hield may be destined to be a specialist that comes in off the bench if he does not develop his ball-handling skills. 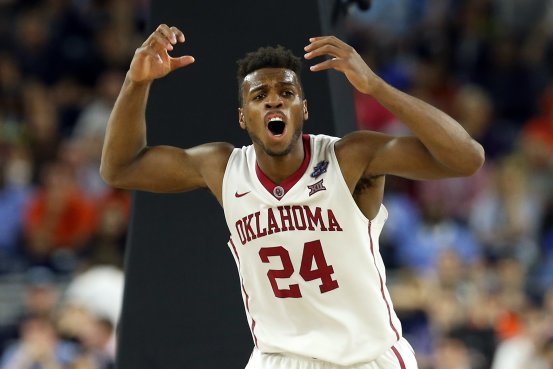