James Brown was a bad man. Everytime he touched the microphone or touched the stage, he flatout entertained us all. From songs like "It's A Man's World", "Say It Loud-I'm Black and I'm Proud" and "Please Please Please", Brown left it all on the stage and the mic for us all to experience. But one song seemed to have a little sting to it more than the others. That song was "The Big Payback" and it came out back in 1973. In the song, Brown is talking about getting revenge on someone and let's them know how he feels, yelling "That's it! Payback! Revenge! I'm mad!" Just like Brown was mad and seeking revenge, there are a bunch of angry Knicks fans out there in the world these days. They have watched the team continually get worse under the leadership of team president Phil Jackson. As the team currently stands, they are currently in the 12th spot in the NBA's Eastern Conference. The way this team is playing right now is awful after putting together a semi-decent stretch of play earlier in the season. It seemed like it could not get any worse for the Knicks with fans booing and Carmelo waiving them off as they do so. But leave it to the Knicks organization to one-up that moment.

Wednesday night the Knicks were playing the Los Angeles Clippers when the Garden began to come alive. No, it was not because of the action on the floor but the action in the stands. Fomer Knick Charles Oakley was getting into a physical altercation with security at the Garden and was taken out by security and put on the ground. From there, everyone tried to figure out what happened to set off that moment. The Knicks report came out and it stated the he was yelling at Knicks owner James Dolan and that he was met with security and the rest happened from there. Also in the explanation, the Knicks insinuated that Oakley had a drinking problem and that he needs help. Oakley was not able to really get into what happened because he was being arrested by the New York police, but he did talk about it the next day. He said that he at no point said anything to Dolan and that although he had a couple drinks before he got there, he did not have any drinks in Madison Square Garden. From there, the Knicks called Oakley a liar in the media, fired their security chiefs, again suggested Oakley had a drinking problem and then banned him from Madison Square Garden. After looking at the viral videos out there that have shown the incident, there are some that could sway you to lean both ways. But both had some culpability in this one. Oakley could have handled himself better and Dolan did not really have to call security on Oakley since he was not really out of control as it was said. But this has gone too far and this whole situation adds in a long line of embarrassing things that have been associated with the Knicks over the years. With Melo getting roasted by the president and Dolan sending security to remove people and insulting their character, the Knicks have become more interesting off the court than they have been on the court and that isn't good. For the fans of this team, they are tired of Dolan and the laughing stock he has helped make the Knicks. But he is the owner, so you cannot just get rid of him.

The Knicks will never win with Dolan as owner and it looks like he is not going anywhere. But instead of settling for that, why not make things uncomfortable for Dolan? One language these rich owners understand is money. The folding bills that slide in your pocket speak to many owners on what moves they need to make or need to think over. With Dolan, he knows that he can continue to do what he wants and have sellouts in the Garden all the time. So instead of helping him get his money, why not decide to stop attending games? There will be some people that will still attend games no matter what the Knicks look like. But if you really care about the product, just quit watching. Don't even watch their network. Along with not watching their network, stop buying the merchandise. By affecting the merchandise sales, seats sold for games and not supporting the network that goes along with the Knicks, that will cause Dolan to lose money in his merchandise cut he gets from the team, concession sales and ticket sales. Eventually, that will affect his bottom line and he will have to listen. But this cannot happen for just a day, a week or a month. This has to happen for the rest of the season, the next season and however long it will take to get the point across about the dissatisfaction you have with Dolan. At the point in which the returns start getting lower, that is when Dolan will have to make a decision. Will he be able to survive loses or will he begin to be an owner that is present instead of off making jazz albums that not many listen to? We have not gotten to that point yet, but if you are a Knicks fan, then you should be fired up enough to show your disapproval.

The Knicks are the top professional basketball team by default at this time. Watching them play right now gives a sense of frustration to fans and non-fans of them as well. The show off the court with Oakley has provided even more fodder and frustration for the organization as well. First, Oakley should not be banned. Just meet with the man already Dolan. Second, Dolan should realize that he has some issues himself, especially with how he appeared in his interview today. It was amazing he had the nerve to actually say Oakley has a drinking problem without actually knowing that for sure. Third, Dolan needs some pressure put on him and that needs to come from the Knicks faithful that continue to support the cosmic slop that is being seen all over the place. The time for talk is over Knicks fans. Time to start speaking Benjamins with Dolan and use your money elsewhere. The manner in which he has handled this team has been horrible and that is being kind. He has to go, but you all hold the power Knicks fans. Time to use it. Or maybe you all are comfortable watching former players like Oak get treated like he has and are comfortable that no free agent really wants to come there now after watching this reality show fro afar. James Brown wouldn't sit down and take this. Get Up Offa That Thang and help create that Cold Sweat for Dolan as he hears the cries for him to go and sees those pockets get lighter. 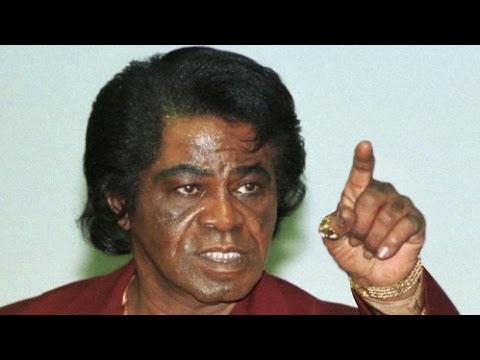