Bradley Beal and John Wall were talked about as one of the best backcourts in the NBA over the last couple of years. Wall, with his breakneck speed with the ball, broke down defenses. And with his ability to pass the ball when he attacted the defense, he has averaged over ten assists the last two seasons. Beal, on the other hand, can stroke it with the best of them when he gets it going. But not only can he shoot the basketball, but he can attack the rim with reckless abandon. These two took the Wizards to the playoffs and played very well off each other. But unfortunately, they did not have the same type of success last season. The Wizards were not in the playoff hunt and they looked very disjointed on the court together. Heading into the offseason, the Wizards have some business to tend to with one member of their talented backcourt. Bradley Beal is up for a new contract and apparently he had something to say on that. The restricted free agent has made it known that he wants a max contract. But is he even worth that much money? Some players may be worth that much money, but Beal certainly is not.

When Beal is on the court, he certainly is a talented guy that can give opposing teams issues. But the problem is he is never really on the court. Beal has never played a full season of NBA basketball. In fact, he has gone from playing in 73 games in the 2013-2014 season to playing in only 55 games last season. And in those 55 games he played last season, he came off the bench for 35 of those games. If you are going to pay someone in excess of $23 million a season, you would expect that he would be on the court more times than off it. And in this case, Beal has not proved that he can stay healthy and stay on the court enough for a max contract. In fact, he may want to take a qualifying offer from the Wizards and try to be an unrestricted free agent next season if he is looking for that big deal. Because that big deal is not coming with amount of time he misses games. A max player is always dependable and on the court. And that is something that Beal cannot be at this time.

No one can deny that Beal is a very good scorer, but is he a max contract guy in terms of his game? Over his career, he has scored over 17 points per game twice. Now that can get you a nice contract when you are in the NBA, but a max contract though? When thinking of a max contract player, you would think that would be a guy that scores more than 20 points a game. A max player is a guy that can take over a game and put a team on his back. And along with doing that, can make other players around them better. When you look at Beal, he has seldom taken over games. In fact, you can count on one hand the amount of times that Beal has taken over a game in a situation. And along with his lack of taking over in big games, who has he made better around him? The answer to that question is none. Beal is a very talented young player at age 22 (he will be 23 in June). But for him to want the max despite not doing anything worth the max contract is quite perplexing. Not begrudging him going for his money, but there has to be some realistic thoughts go through his mind.

The reality for Beal is he wants to get paid and he wants to get paid right now. But the reality for the Wizards is he has not been healthy his entire career and he has not been the type of scorer worthy of a max contract. There is no doubt that someone will pay him. But there will be no max contract coming his way anytime soon. In fact, he may as well start getting that thought out of his mind. There will be some money coming his way, but not the money he thinks is coming. But again, it only takes one team to be impressed by him to give him a max deal. And that one team would have to completely lose their minds. I don't see one team losing their minds this summer to pay Beal a max deal and he should not either. 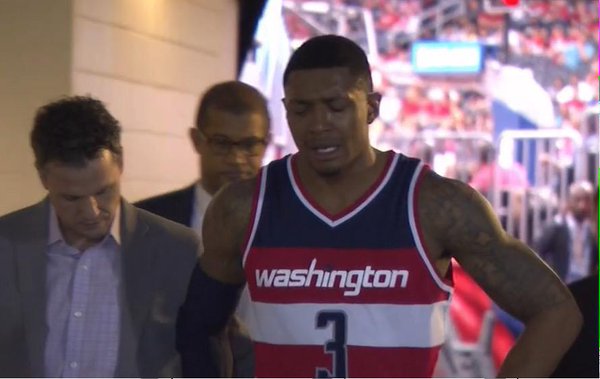