Brad Stevens is the Celtics’ MVP

The Boston Celtics have been through a lot this season. They have lost Kyrie Irving and Gordon Hayward along with having injuries up and down their lineups this year. For any other team, it would be easy to pack it in. This Celtics team, however, continued to fight through the injuries, maintaining the high seed they were expected to have to start the year. Even with them finding their way to the playoffs despite the key injuries, no one gave them much of a chance.  They promptly went out and beat the Milwaukee Bucks in the first round of the playoffs and have a one game lead over the Philadelphia 76ers, dominating them in Boston in Game 1 117-101. Some may call it an upset, but this is just the norm for the Celtics. Everyone picks against them and yet they still win games however it needs to be done. The reason they still win games: it all comes down to their head coach, Brad Stevens.

The unassuming head coach of the Boston Celtics has been working with one hand tied behind his back for most of the season. He lost his two best acquisitions this year and has been playing without his best defender for a good stretch of the season as well. But instead of lamenting the losses, Stevens elevated the players he had. Jaylen Brown and rookie Jayson Tatum became a tandem many had issues with at the shooting guard and small forward position. And as far as the point guard spot, Stevens inserted Terry Rozier III to replace Irving when he was injured. All three have been stellar in their roles. Part of their good play is because of their ability, but there has to be plenty of credit given to Stevens. His movement offense and ability to adjust his offense to the pieces he has works wonders. The Celtics, despite all the injuries, were one of the top scoring teams in the NBA and it just seems like whoever he puts in, they are well-prepared and known exactly what role they need to fill and along with that, he has the perfect timing on when to put the players in or take them out.

Along with the offensive excellence, the Celtics are definitely doing some good things defensively. They may not be the most athletic of defensively-skilled team, but what they do provide is effort each and every night. From the best player to the worst player on the team, each member of the Celtics bought in to playing hard defensively. That can be attributed to the tone Stevens set to start the season and has been setting ever since he has been there. He has gotten this organization year after year to realize if they compete on the defensive end, the team can have a chance to win. No other year was that proven more than this year with all the injuries they suffered. The defense they put on the Bucks at times and the 76ers in the first game took both completely out of what they wanted to do.

Everyone wants to talk about the great play of Terry Rozier III, Jaylen Brown and Jayson Tatum, but the development and trust of Brad Stevens is huge for all three. Brown and Rozier were developed under Stevens and Tatum was trusted enough to step in as a rookie and score. The balance and toughness the Celtics play with is all a part of what Stevens created and it is what has made them a team that will be competing for years to come in the Eastern Conference. 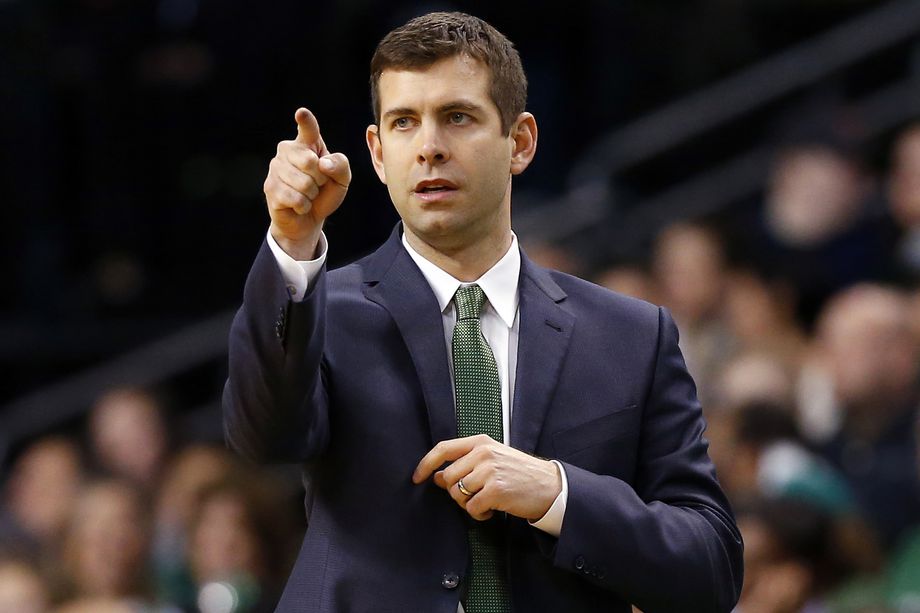