The Boston Celtics have been fighting all season against adversity. They lost star acquisition Gordon Heyward early in the year with a gruesome lower leg injury. They recovered from that and surged to being one of the best teams in the NBA behind the leadership of Kyrie Irving. And then, as the season wound down, Kyrie Irving had a knee procedure done that finished his season. Down two stars and not given much of a chance, the Celtics weren't given much of a chance to make things happen and win the East. Well, everyone should have taken them a little more serious. The Celtics defeated the defending Eastern Conference champion Cleveland Cavaliers Tuesday night, taking a 2-0 lead in the Eastern Conference Final. Who would imagine this team with all they endured is making this type of run, but head coach Brad Stevens sure has found a way to maximize the talent on his team and get them up two games on the best player in the NBA. What is even more admirable is how they are doing it.

It seems to many that the Celtics have been scoring just as many points as they did when they had Irving. The reason for that is the ball movement and player movement the Celtics have. Every single play, you can see everyone touching the basketball and moving from one spot to the other. The ball and player movement mixed in with dive-ins, pick-and-rolls and exposure of mismatches makes the Boston offense very diverse and hard to guard. Versus the Cavs so far, the Celtics are doing whatever they want to and have been getting wide-open layups and jump shots because of it. And being that Cleveland was one of the worst defensive teams in the NBA this season, the Celtics could conceivably keep them in the defensive torture chamber for the rest of this series.

Along with the Celtics being in rhythm offensively, you can also see the chemistry they have on the defensive end of the court. The Celtics are enthusiastic defenders, crowding the basketball, getting in passing lanes and sacrificing their bodies along with having great communication amongst each other. What they have done so far against the Cavaliers is made them have to work hard offensively. The Celtics have challenged everything the Cavs are doing and besides LeBron James, no one else is able to make things happen consistently. The result is an offense that is stagnant at times and downright ugly to watch. The only thing that became an issue was the offensive rebounding they gave up, but that was cleaned up in the second half of Game 2.

Boston may not be at full strength, but they are working very well within the system Brad Stevens created for them. And with them being up two games over the Cavs, they could potentially end LeBron James' streak of NBA Finals appearances. Only time will tell, but things are looking up for the Celtics. 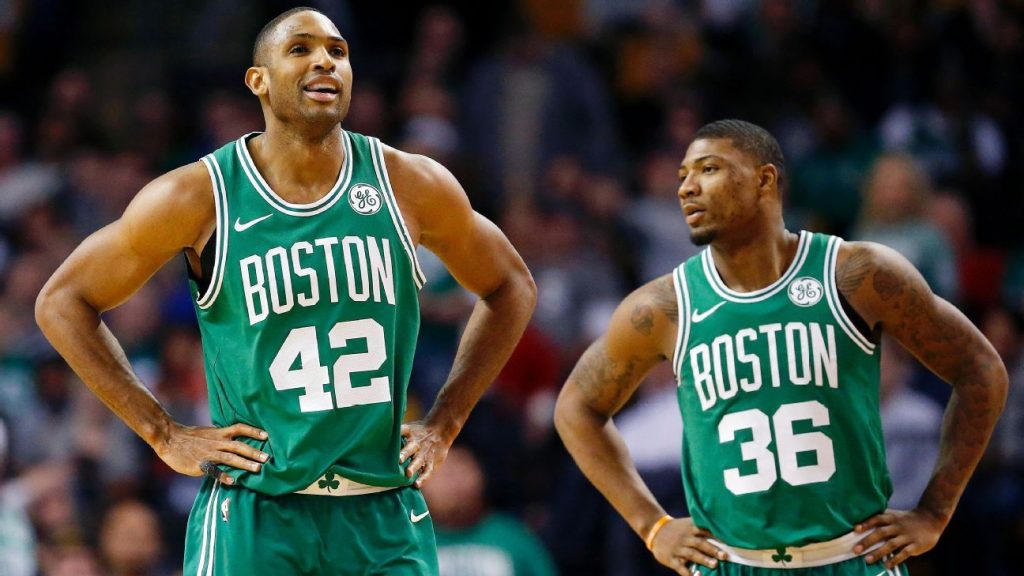