Up Jumps Da Boogie…Out Of Sacramento

Timbaland and Magoo are not necessarily known as a duo. More people are familiar with Timbaland for his producing skills. But this duo put out three original albums, Welcome To Our World (1997), Indecent Proposal (2001) and Under Construction, Part II (2003). None was more popular than the first album they had. One song on that album everyone remembers is "Up Jumps The Boogie". Plenty remember the sick beat coming on intertwined with the angelic voice of Aaliyah right before Magoo came in on the track. The song, which was released as a track in 1997 as well and featured Missy Elliot along with Aaliyah, peaked at number twelve on the Billboard Hot 100 Singles chart as well as number one on the Billboard Hot Rap Singles chart. Needless to say, people loved that song, which was the first offering from Timbaland and Magoo from their first album. Just like this track stuck out to everyone who heard it, DeMarcus "Boogie" Cousins stands out among the big men in the NBA. His ability to stretch the floor with his shooting ability along with his skill on the blocks and his power make him the best big man in the NBA in a lot of people's eyes. But the bad thing about him was that he was stuck in Sacramento. The rumors had been around that he could be moved, but then the Kings would come out and say they were not moving Cousins and in fact thinking of giving him an extension. Well, whoever said all those things about him not being moved and getting an extension was telling a lie.

Shortly after the All-Star game, the rumors of Cousins moving finally were over. He had finally been shipped somewhere after all the speculation. The Kings agreed to ship Boogie along with forward Omri Casspi to the New Orleans Pelicans for New Orleans' 2016 first-round pick Buddy Hield, guards Langston Galloway andTyreke Evans, the Pelicans' 2017 first-round pick and a future second-round pick. Just like that, Boogie goes from wasting away in Sacramento to playing with another great big man in Anthony Davis. The former Kentucky Wildcats unite in New Orleans and now have something to play for. The Pelicans have not exactly been playing great basketball. But with that being said, they are not that far out of eighth place in the West (currently 2.5 games out of the eighth spot). With Cousins added to the team, Anthony Davis finally has someone that can be a viable scoring option besides him. Both Cousins and Boogie have versatile games. They can step outside and shoot the three along with taking it inside and finishing. But the thing that Boogie does for Davis is he permanently moves him to the power forward position. Boogie manning the center position means that Anthony Davis gets to float on the perimeter or the elbow more often. That will free him up for the midrange jump shot and it will also free him up on the secondary break at the top of the three-point line. With his handles, he can make some things happen from there and even shoot the three. While Davis is operating up top, Boogie can go to work in the post like he has been doing all his career. And when he trails on the fast break, Boogie can make teams pay from distance as well. The combination of these two will give many teams problems, especially if they both get going at the same time.

Boogie finally gives Anthony Davis someone to take some attention off him. We all know Boogie's propensity to be a hothead and that can be a negative, but there is another issue that New Orleans has not solved yet. The Pelicans are still pretty weak at the guard and small forward positions. Point guard Jrue Holiday has been healthier this season, but he can also be inconsistent while out there and that is what made him a player New Orleans could not depend on as the second option. With Boogie coming along, this slides him to the third option, which means less shots and also means they need more efficiency out of him as the third option. Behind him, the Pelicans have E'Twaun Moore that they can play at both guard positions. He can be solid at times, but he will have to give them a little bit more off the bench with what they have.  As far as the small forward position, the Pelicans completely missed one a move there. New Orleans paid former Pacers swingman Solomon Hill to come there this offseason. Well, instead of getting double-figures and defense, Hill has given them only 6.7 points per game. With Quincy Pondexter injured for the year, that means they really don't have much after Hill at that position unless they slide Terrence Jones to that position sometimes.

With Boogie now in New Orleans, that makes the Pelicans a better team and shows that they are willing to make a move to get better. But even with this move, there still needs to be more things done in New Orleans to make this team better. With this trade over and done with, the Pelicans still have time to make some moves to make themselves even better. The question is will they do so or not. But Up Jumped Da Boogie out of Sacramento and into New Orleans. It should be interesting to see if the two of the most talented big men in the NBA can carry this Pelicans team to the playoffs. 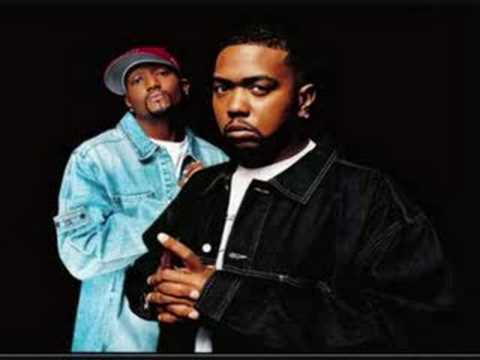