Bismack Biyombo was someone that many people were not thinking about last year in free agency. In fact, he was almost an afterthought when he signed in Toronto last year. But after what he was able to do this season and in the playoffs, many began to notice his talents. And with the salary cap going up as much as it did this offseason, there were plenty that thought he was going to get paid. The question was how much and for how many years. Some thought he would get between $10-$15 and others thought he would get even more. Well, once the Lakers signed backup big man Timofey Mozgov to a four year, $64 million deal, you knew Bismack would definitely be making bank wherever he signed. Well, Orlando and the talented big man have come to terms and Biyombo will be making Orlando his home now. He and the Magic agreed on a four-year deal that is reportedly going to pay him $72 million a season. And just like that, Biyombo got his payday. His showing in the playoffs most definitely boosted the price range that he would be in and now he will be reaping the benefits. But how does he affect Orlando going forward?

The Magic traded Victor Oladipo, first-round pick Domatis Sabonis and forward Ersan Ilyasova to the Oklahoma City Thunder on the night of the NBA Draft. That trade completely caught the rest of the NBA off guard. Not many thought Ibaka was on the trade block and those that did were not thinking he would end up in Orlando. With new coach Frank Vogel, you could view Serge as Vogel's new version of David West. He can hit the midrange jump shot and he can be a tough customer around the rim when motivated (which he should be in a contract year). The thought was the pairing of he and incumbent Magic center Nikola Vucevic would be able to work well with each other. Ibaka would provide the defensive presence to set the tone for Orlando and Vucevic would continue to get buckets on the offensive end of the court. These two together plus Aaron Gordon would be a good rotation of bigs to move towards the playoff push. But who was to know that Biyombo was coming down the pipeline? Well I can certainly say that not many across the country saw him signing there.

With Biyombo there in Orlando and the additional signing of Jeff Green, it seems the Magic were looking to make the push to get into the playoffs this season. But not only did that show that they were trying to get there, but that they could be feeling that a player there is expendable. When Vogel first signed there, it seemed he had a very talented big man in Nikola Vucevic that he could work with. But with these signings, that tells you that he could be headed on his way out the door. The talented big man, who will be heading into the third year of a four-year, $53 million contract. And with his price tag under $12 million, there will be plenty that approach Orlando, trying to pry him away from them. One team that should look into acquiring him is the Portland Trailblazers. They are a young team on the rise in the West, but they are missing some inside scoring. Vucevic may not be the best defender, but he can sure fill it up. And by adding him, they get better. But the question is what do they give up? They could put together a package that includes forward Noah Vonleh, center Mason Plumlee or both to bring Vucevic to town. And in getting a guy like Plumlee (if they decide that is the piece they want) would give them a backup center that is cheaper and defensive-minded. Another team that could use some inside scoring is Charlotte. They have young bigs in Frank Kaminsky and Cody Zeller, but neither of them strike fear in opponents at this point in their careers. And both of them surely cannot score in the post consistently. But unfortunately, Charlotte does not have the pieces to pull this trade off and would have to involve a third team.

Bismack and Ibaka are the guys that will start for Orlando. These two will be tough to score on and Ibaka and Biyombo will get to showcase that they can score the basketball as well. But with Vucevic, the Magic have an asset that can bring them back some things that they could use and create more salary cap space for the summer of 2017. And with the rate that things have gone with contracts, they could make something happen then with more cap space available. But the writing seems to be on the wall for Vucevic. He is either going to be a bench player or he will be packing his bags and leaving town. 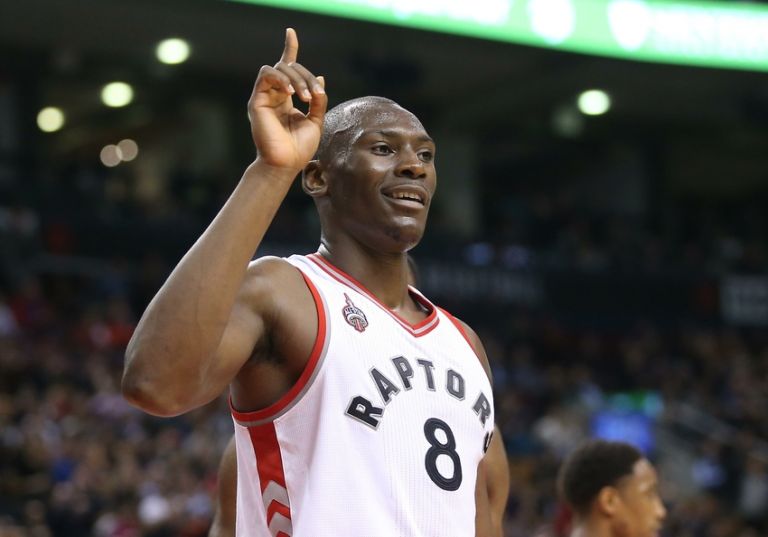