The Houston Rockets Got A Little More Offensive

The Houston Rockets made the Western Conference Finals last year and that surprised a lot of people. Heading into this year, expectations were they would be able to compete again this year in the West. But unfortunately, things did not go as planned for the Rockets. Injuries, bad chemistry and inability to hit shots had them barely making the playoffs. And once they got the playoffs, they limped out after four games thanks to the Golden State Warriors. After the season was over, the Rockets knew they had to get better. They also knew that their starting center was leaving. And after Dwight Howard finally announced that he was opting out, many wondered the direction the Rockets would be going in. Well, with the hiring of head coach Mike D'Antoni, you knew they were going to try and bring some more offense to that team. And that is exactly what they did this offseason so far. The Houston Rockets have agreed to terms with forward Ryan Anderson on a four-year, $80 million contract and they also agreed on a four-year, $53 million deal with former New Orleans Pelicans guard Eric Gordon. And with that, they have probably made their biggest splashes this offseason. But what does these signings mean for Houston?

The Rockets were anchored last year by Dwight Howard at center. On offense, that meant he would be in there clogging up the lane. And with him already experiencing Mike D'Antoni's offense with the Lakers, Dwight knew he did not fit in Houston anymore. With him gone, the floor is now wide-open for Houston. With the way D'Antoni likes to push the ball and likes his big men outside the lane, this offense may be very entertaining to watch. Harden will still be Harden, dribbling a bunch and shooting the basketball. But under D'Antoni, he will more than likely ask Harden to make a move and get rid of the basketball. And if Harden buys in to that, then you could see him penetrating more and kicking it out to shooters like Ryan Anderson (career 37.7% three point shooter) and Eric Gordon (career 38.3% three-point shooter).  And when you factor in Gordon and Anderson with an offensive weapon like Michael Beasley, the Rockets could put pressure on a lot of their opponents. With the offensive firepower and the tempo the Rockets will probably implement, it would not be surprising to see the Rockets average over 110 points per game.

The Rockets will be fun to watch on the offensive side of the ball. And that will no doubt entertain fans that get to watch them play. But as good as they could be offensively, they will not be so entertaining on the defensive end. For as much as the Rockets were ready to get rid of Dwight Howard, they will miss his presence defensively in the paint. With him gone, the paint will be wide open for whoever wants to drive it. Anderson is a solid defender and will probably be fine as long as he stays at the power forward position. Gordon isn't exactly known to play good if not solid defense. And let's not speak of Harden, who has become like a turnstile going toward the subway. Everyone blows past him defensively going to the basket. As their team currently stands, the Rockets really only have three guys that can really defend well in Clint Capela., Patrick Beverly and Trevor Ariza. And with a coach that has never been known to teach defensive principles ever in his career, it could get real interesting with the Rockets on that end of the court. For as much as they can put up points on the offensive end of the floor, they will be giving up just as many.

The Houston Rockets and Daryl Morey are hinging their resurgence on a coach that believes in an uptempo offense and defense that allows people to score, banking on the offense to miss more than they make. In the NBA, that is a dangerous game to play. And even though the Rockets now have better offensive pieces than they had last season, they still may not win. Because of the imbalance of offense and defense, the Rockets could end up being worse than they were last year. And that means the Heat will be turned up on James Harden heading into his last contract year in Houston in 2017-2018. 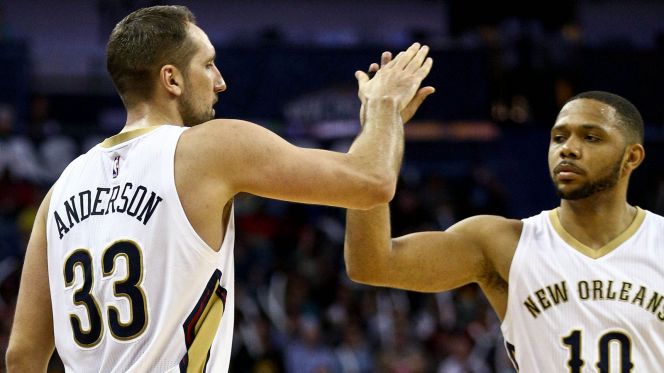