The Process Has Just Begun In Philly

The Philadelphia 76ers trusted the process for a few years under the direction of Sam Hinkie. That process was to be as bad as possible to get the first overall pick, which could be a game-changer and franchise-changer for them. And in the process of trying to be as bad as possible, the Sixers were able to pick up Nerlens Noel, Jahlil Okafor, Dario Saric and Joel Embiid. The 76ers decided they had enough of the process last season when they fired Hinkie. But even though Hinkie was gone, the 76ers finally got what he wanted: the first overall pick. And with that, the 76ers picked another big man in LSU forward Ben Simmons. So after all the trust within the process, the 76ers are left with five big men for two spots and still not a complete young team to move forward with. And while there is optimism since Embiid is looking solid to start the year, there is other places where the Sixers fans are left to wonder. And hence, the darkness is still covering the light that shines in some of the team's more talented pieces.

Looking at the roster of the 76ers, they still have a long way to go. As of right now, Ben Simmons has a Jones fracture in his foot and has yet to make his season debut (and it could be a while or even next year). It has already been talked about that the 76ers will be moving Ben Simmons to point guard. Doing so would clear up some of the logjam they have with big men. But the question that many wonder is if he can actually play the position. We know he has the basketball IQ to do so, but we have yet to actually see him play in the NBA as of yet, so we don't know how he will handle playing that position at the professional level. Other than that, the Sixers have a few vets they have in Sergio Rodriguez and Gerald Henderson Jr., starting at their guard positions. No offense to either one of them, but they are not going to help them win now nor in the future. These two are stopgaps on a team that is going nowhere. And essentially, they both could probably be pieces that help another team as a sub more than they do as a starter. And as far as their starting small forward position, the Sixers are getting nothing out of that spot with Robert Covington. When he first came to the 76ers, he had a sweet stroke from deep. But this season, that stroke hasn't been as sweet and he is faltering in all the other spots out there. At best, he is a backup swingman and that is not good enough for them at this point.

Behind the starters in Rodriguez, Henderson Jr., and Covington, there is not much to write home about. Nik Stauskas, who the 76ers traded for a year ago, has not been what they thought he could be. He is currently the backup to shooting guard Gerald Henderson Jr. He has shot the ball better this year than last year and has gotten double-figures in five straight games. But it isn't like he is the best defender in the world either. And that along with his uneasiness is what keeps him as a bench player now and probably in the future. TJ McConnell is a guy that was solid at college when he played at Arizona. But the game is different at the NBA level. He can be a backup point guard at his best and could very well end up being the backup to Ben Simmons when he gets healthy. But with the Sixers signing veterans this offseason at that position, that isn't guaranteed. And as far as the small forward position, there is Hollis Thompson. He has had a few games this season where he has shown up and shown out. But other than that, there has not been much to write home about in regards to him this season.

The Sixers have many talented options to pick from up front. But in the backcourt and at the small forward position, there is still much work to be done. The Sixers are better this year, but there are some things that still need to be done before this team can be called a playoff team again. Hopefully for them, they will be so bad this season that they will be able to get that backcourt player they need to help them make it back to playoff contention. Other that that, the only other option is the trade one of their big men, which more than likely could happen this season. Only time will tell what happens, but the new regime in Philly has their work cut out for them. 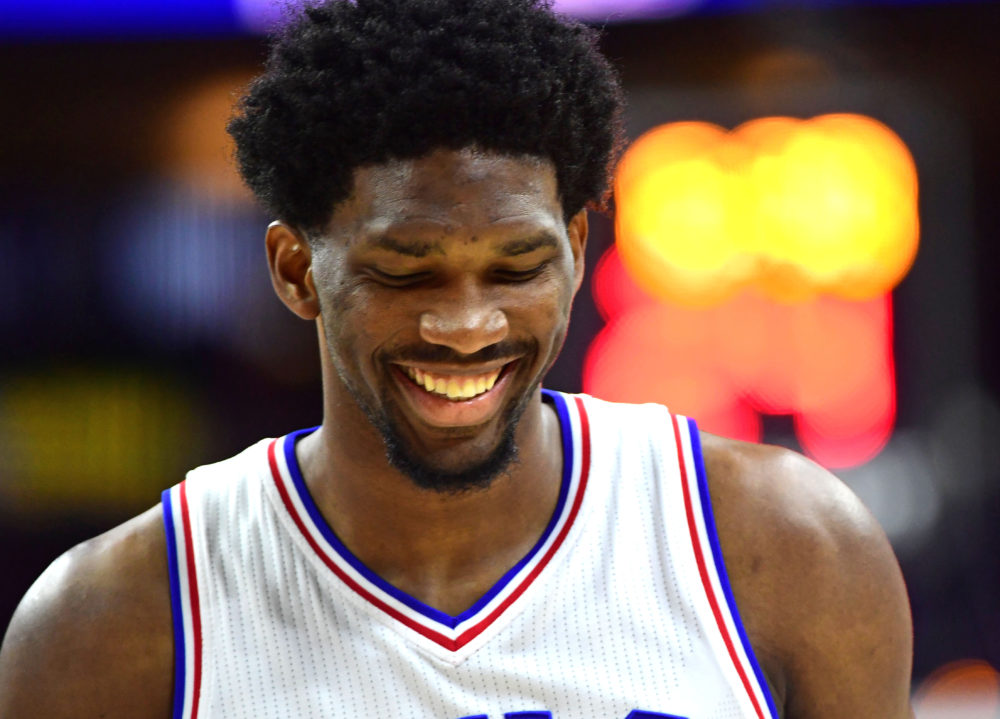