It’s Been Past Fifteen Minutes For Tim Tebow

The spotlight is something is something that many are in these days. Some don't really love the spotlight while others crave it. Those that don't really care for it tend to do what they need to do and get out of the view of others. While those that crave the spotlight will do anything they can to stay in it. For example, reality television stars tend to pop up everywhere just to try to extend that fifteen minutes of fame. Just like reality stars, there are some athletes that just cannot take it when they are not in the spotlight. And one of those athletes just continues to keep popping up in headlines. His name is Tim Tebow. The inspirational quarterback was the star quarterback at Florida and played a huge part in them winning two national titles while he was there. In Denver, he was in the spotlight winning games despite not putting up impressive numbers. And after faded glory in Denver and a trade to the New York Jets, Tebow came back again to try and make it playing in the NFL with the Philadelphia Eagles. After all that was over and he did not make the Eagles roster, it was thought that Tebow would give it up and accept a great television career that awaited him. But again, Tebow has thrust himself in the athletic spotlight.

The current SEC Network analyst is now getting ready to take on a new challenge. But this time, the challenge is not football. Tim Tebow has decided against football and will now jump into trying to make it in baseball. Yes, you read correctly. Tim Tebow is trying to become a professional baseball player now. And he really thinks that he can do this. He even has guys like former baseball great Gary Sheffield saying that he was a natural after spending some time with him. Tebow, who has not played baseball since high school and Sheffield believes that if he is given time that he can make it. Of course, all this talk by Sheffield and others that believe in him comes from watching him work out. He has apparently been trying to work on his game for some time now and feels confident in his ability to make it as a professional baseball player. But he has to be aware of a few things and maybe one other guy that tried to do what Tebow is attempting.

Tim Tebow is not Michael Jordan. He never had that level of success in football that Michael Jordan did in basketball. But Jordan and Tebow are similar in a sense because they both tried baseball after not playing it in a long time. For Tebow, this is an effort to get back in the professional rings. But for Jordan, he left while at the top of the game. Even if both left under different circumstances, Tebow ought to take a look at the baseball career Jordan had. Arguably the greatest basketball player of all-time seemed like a fish out of water when trying to make it in professional baseball. He could barely hit the baseball at all and even though his fielding was solid, he was not a player that could have made it to the Major League level. For Tebow, hitting batting practice and hitting live pitching is two totally different things. I'm sure Jordan looked good hitting batting practice as well, but live pitching is a whole other subject. And for all the hitting that we have heard talked about with Tebow, we have yet to find out what position he can field.

Tebow may be thinking he can do this, but this whole scenario screams "look at me". And some minor league team could potentially give him a chance to play. But we all know that if he is signed, it will be more of a publicity stunt then it will be for real. Nice try Tebow, but your clock has expired on being a pro athlete. The clock is thirty minutes past time. Those fifteen minutes were up a while ago. 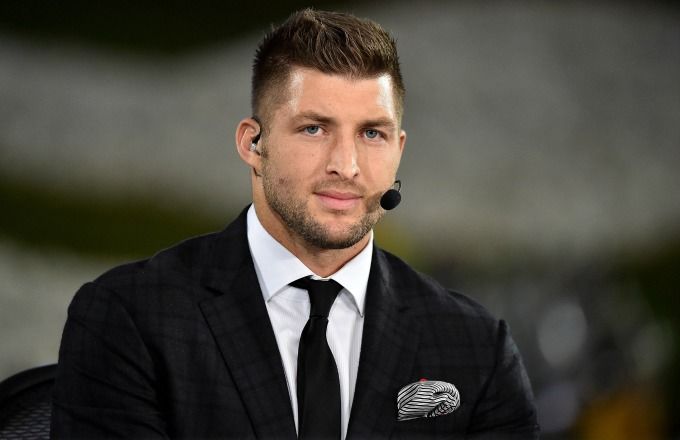