The Chicago Cubs entered this season in unfamiliar territory as the defending World Series champions. The Cubs were young at all the right positions and many looked at them as a team that could go on a successful run to potentially win multiple titles. Well, the start of their title defense has not exactly been what they wanted. The Cubs were not playing very well and it looked like they had forgotten who they were. Things had gotten so bad that manager Joe Maddon started to utter that he did not know what was the cure for this team. For a manager that had done some great things in Tampa with the Rays before coming to Chicago, it was amazing to hear him say that. All of a sudden all of the team turning the corner and shedding the Lovable Loser tag began to feel like yesterday's news. With as bad as the Cubs were playing, they were very lucky to even be in second place in the National League's Central division. The All-Star break could not have come at a better time for them, as they simply needed a reset to their season. Well, it seems like the All-Star break has done wonders for the Cubs. They are currently 8-1 out of the All-Star break and seem to have reverted back to the team that everyone thought they were last season. More importantly, the Cubs have now tied the Milwaukee Brewers for first place in the NL Central and are now only 4.5 games out of the last playoff spot if they were to be a Wildcard team. So what has led this charge for the Cubs to get back in that zone they were in last year?

First things first, the Cubs pitching has been atrocious all season long. Jon Lester and Jake Arrieta were excellent last season and John Lackey was solid as a fourth starter. Well, what a difference a year has made in these four. Lester and Arrieta have been eratic, Lackey has been giving up the long ball and the Cubs have been struggling to find a consistent fourth starter for their team. Well, out of the All-Star break, all three have seemingly found their way. Lester pitched very well versus the Atlanta Braves and St. Louis Cardinals, commanding his pitches and not giving up very much in his two wins. Arrieta has a win and a no decision out of the break, but he has looked better than he has been the entire season, dominating his former team, the Baltimore Orioles, and pitching well again the Cardinals before getting removed after five innings. Along with Lester and Arrieta, Lackey has seemingly got it together as well. He has pitched one game and looked very solid in his win versus the Braves. Some will say that the Cubs are supposed to beat the Orioles, Braves and Cardinals, but with how their season has gone so far, this is a good sign of potentially things to come there and with new acquisition Jose Quintana going 2-0 with a 2.08 ERA so far, the Cubs should be excited about where their pitching could go.

The pitching is getting it together, but it also seems like the hitting is getting their act together too. The Cubs have struggled all season getting some consistent hitting. Addison Russell, Javier Baez and others stepped right in as youngsters and came up with crucial hits to help the team. These youngsters along with the cornerstones, Kris Bryant and Anthony Rizzo, gave teams problems all season long last season. This season though, all seem to be having a little bit of a funk. Maybe they were pressing or maybe it is the championship malaise, but the Cubs hitters were not as disciplined at the plate and they were also not getting those clutch hits that they were used to getting. Well, after the All-Star break, the Cubs have also seemingly found their stride hitting the baseball. Bryant, Rizzo and other shave been getting those clutch hits that Chicago needs and the Cubs have put up five runs or more in six of the last nine games. The scary part about this whole thing for their opponents is Kyle Schwarber has not really hit the ball well still and the combo of Addison Russell and Javier Baez have not really got going like they can either. The play of guys like Ian Happ have been helping keep them afloat in place of the missing offense this season.

The Chicago Cubs, no matter how bad they were playing, were still within the hunt in the National League.  All it takes is them getting it going like they have and now they are back firmly in the race in the National League. The thing to watch now is if they can sustain the tempo they have started with out of the All-Star break. If they are able to, then don't be amazed if they catch fire at the right time heading into the playoffs. But if they are not able to catch fire and sustain it, the Cubs would get called those Lovable Losers and clowned like they have always been clowned over time. We shall see what happens with the Cubs, but for right now, they are hot like fire. 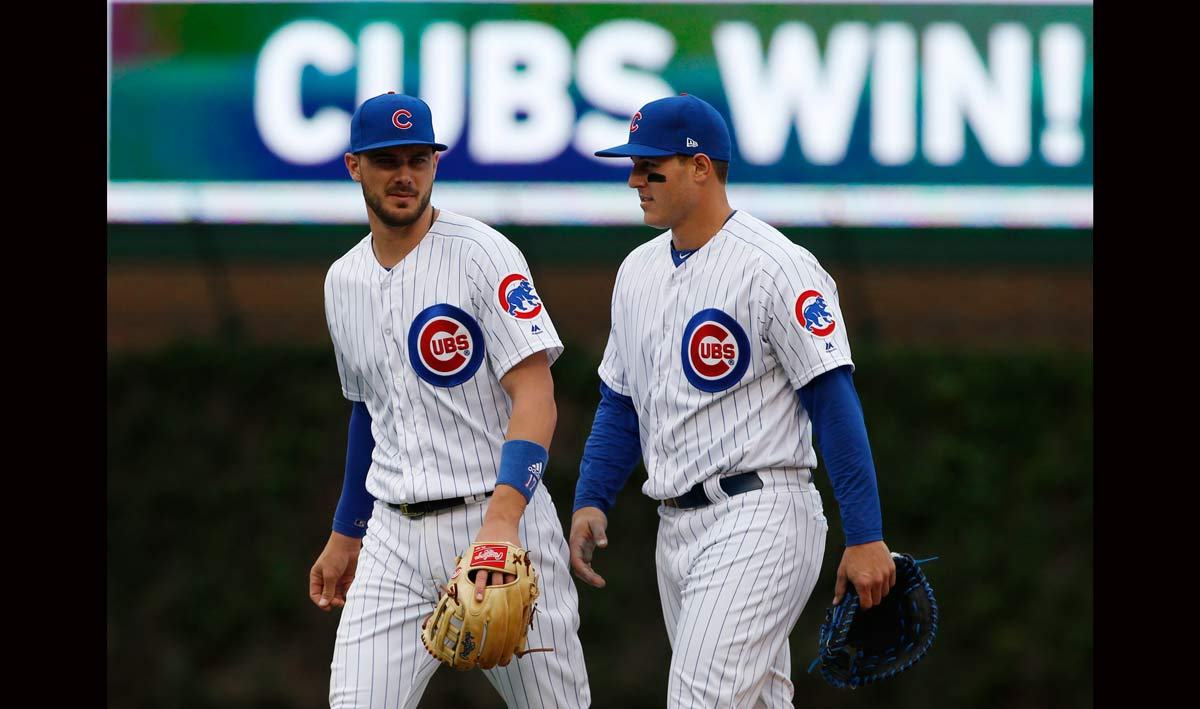