The first thing that was very noticeable about Vashti was her passion. Her passion is what has carried her and her drive has sustained her. But it was not only her passion to succeed and love what she is doing, but her passion to beat the guys while doing so.

Vashti was born in New York City but around the age of nine, that's when her parents moved down South and had their first affect on her. "New York City in the 80's was not the ideal place to raise a daughter and I was an only child. So my parents moved to Key West, Florida where they started their own business." From there, Vashti would move to Columbia, South Carolina with her mother, where she would finish middle and high school. Growing up, Vashti was always competitive. "Growing up, I was always a tomboy and my goal was always to beat the boys at whatever they were doing." Whatever the event was, whether it was racing or kickball, Vashti was always competing.  Vashti grew up loving swimming, but she eventually fell in love with basketball.

"When I started playing basketball, that is when I first started watching sports. I grew up in the Michael Jordan era. Michael Jordan and Penny Hardaway were my favorite players. When Michael Jordan hit that fadeaway jumper where people were saying he pushed off and I ran around the house. That was when basketball began to take over from swimming."

Vashti always liked sports, but writing sports was not something that she really thought of growing up. " I always would do well on writing assignments growing up. My mom was a journalist and I come from a family of writers. But growing up, I never thought of a career in writing." Vashti would leave college and accept an entry level position in banking, where should would grow to the level of stock broker.  But all the while she was there, she would have her mind on sports. " I used to be on the floor reading ESPN all day." While on the trading floor, two prominent people that Vashti would read were Bill Simmons and Scoop Jackson. Along with reading Bill Simmons and enjoying his style of writing, Vashti would also pose questions on Facebook, often getting into sports debates and having plenty of people that would challenge her on her knowledge. "I became known as the sports girl on Facebook and someone even gave me the nickname VSPN."

From there, Vashti was contacted by a friend that asked her to do a sports column. "My first reaction was 'Yeah. I will do it. But who is going to read it?' " Well, to Vashti's surprise, people started reading her work. She began to get more involved with her writing, as she would start actually working on columns in between putting in trades on the floor.  Eventually, it was evident to her that writing is what she wanted to do. She was no longer wanted to be on the trade floor and the idea of that did not scare her. "It kind of came to me that this is what I was going to do. I still was not sure how I was going to do it." 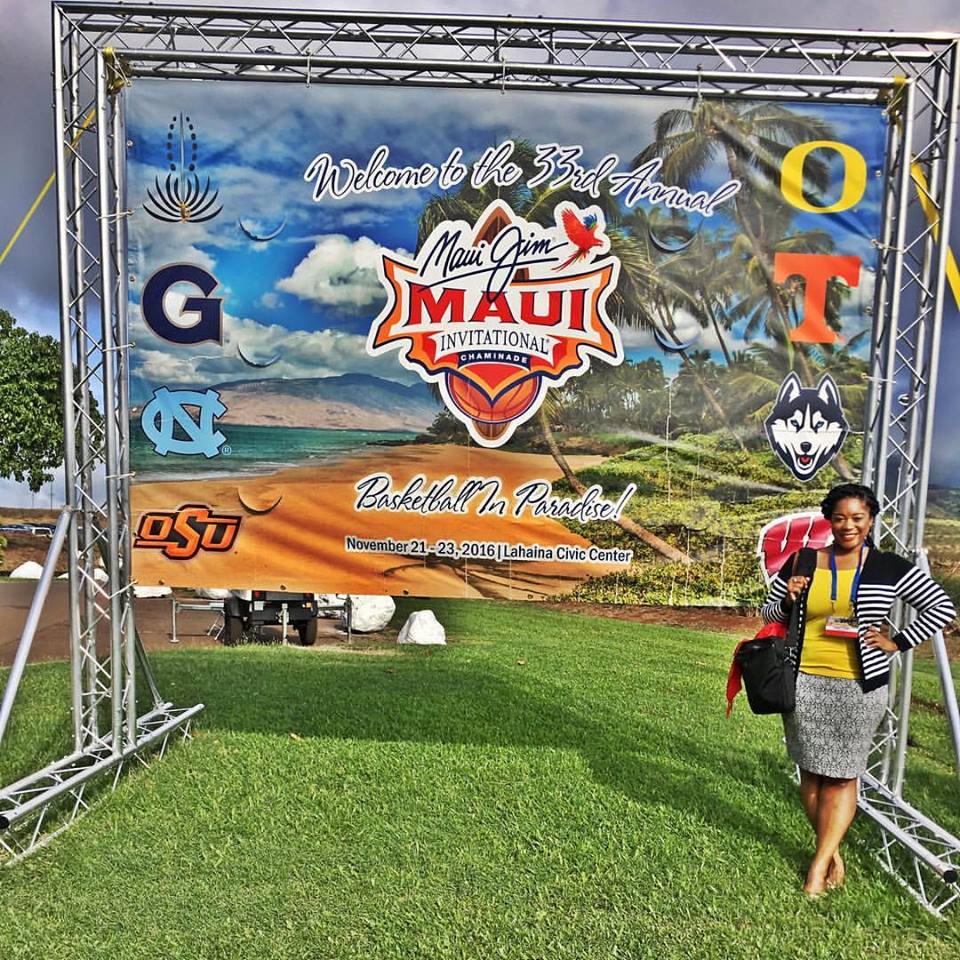 (The Carolina Blitz isn't just stuck to the Carolinas. Vashti made the Maui Invitational as well)

Seeking to grow in her writing exploits, Vashti reached out to Robert Littal of Black Sports Online and asked him if he was seeking any writers. She would become a contributor f0r his site. But not only did she become a contributor, but she also gained some access to some things. "At the time when I joined Black Sports Online, Robert wasn't covering many live events. But I loved college basketball, growing up in the Carolinas and asked Robert about putting in for credentials. We applied and once they were approved for the to cover the NCAA Tournament in Philadelphia for Black Sports Online I was wowed and I knew that  this was what I wanted to do."

At this point, Vashti was still deciding what to do next to pursue her dream when something happened. "Usually with these things, you want to stay in your comfort zone. But sometimes God forces you out of your comfort zone. I got laid off." Vashti was highly coveted in her banking field, but she said something in her talk with God that would change things and her direction, "I remember saying to God 'I know I hate banking and there is a certain level of comfort that comes along with what I have been doing. But if this not where I am supposed to be, don't give me any other banking jobs." 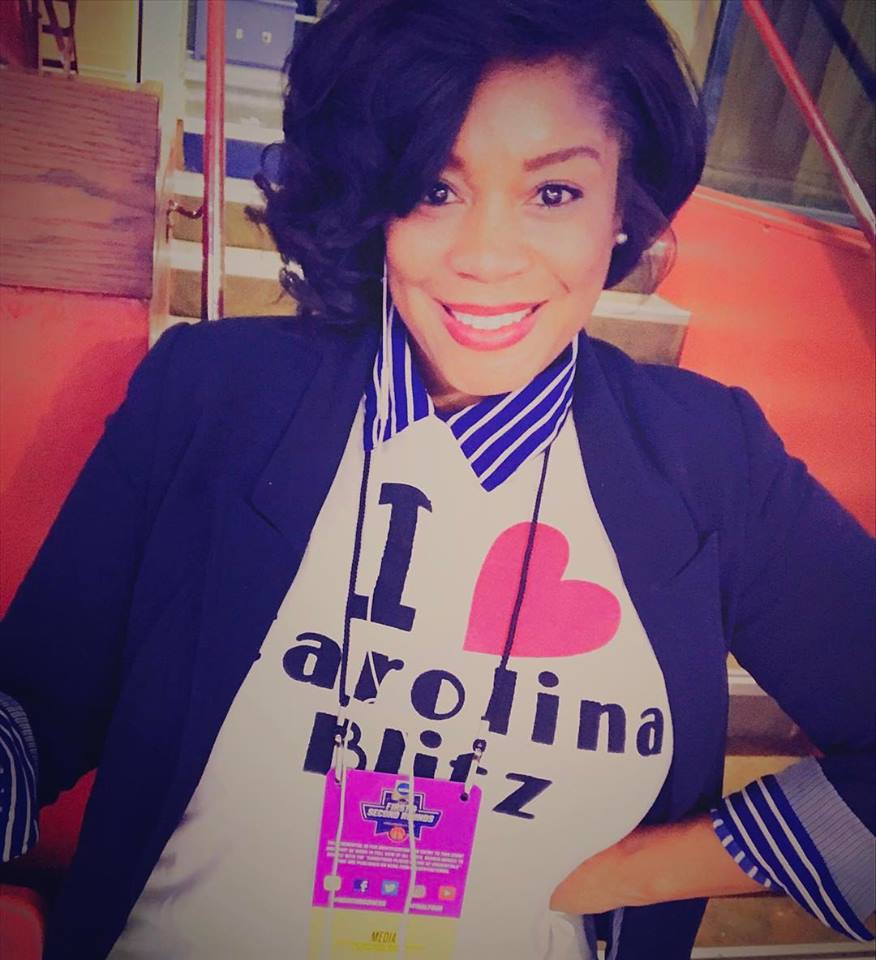 Vashti would not get another banking job. But instead she was searching for someone that would give her a job as a sports journalist. She did so for about a year until she had an epiphany. "As a child of business owners, I used to always have in the back of my mind that I was meant to own my own business. So after doing some research , I decided to start my own site. I was not going to beg anyone to give me an opportunity. I was going to create my own."

Carolina Blitz, Vashti's website, has been running for a little over two years now. She has covered the ACC Tournament, NCAA Basketball Tournament, the Orange Bowl and even the Maui Invitational to name a few and everytime, she has been doing so under her own brand and her own website.

The art of being a business owner and a journalist has always been there within her. But over time, circumstances and personal drive, it was finally brought out. Now here she stands, a website owner making moves in the industry and moving up in the website world, one powerful step after another.

"It's been a blessing. It gets hard. You don't have the financial security that you once might have had. But I have never really been hung up on money. I am in control of my own now." 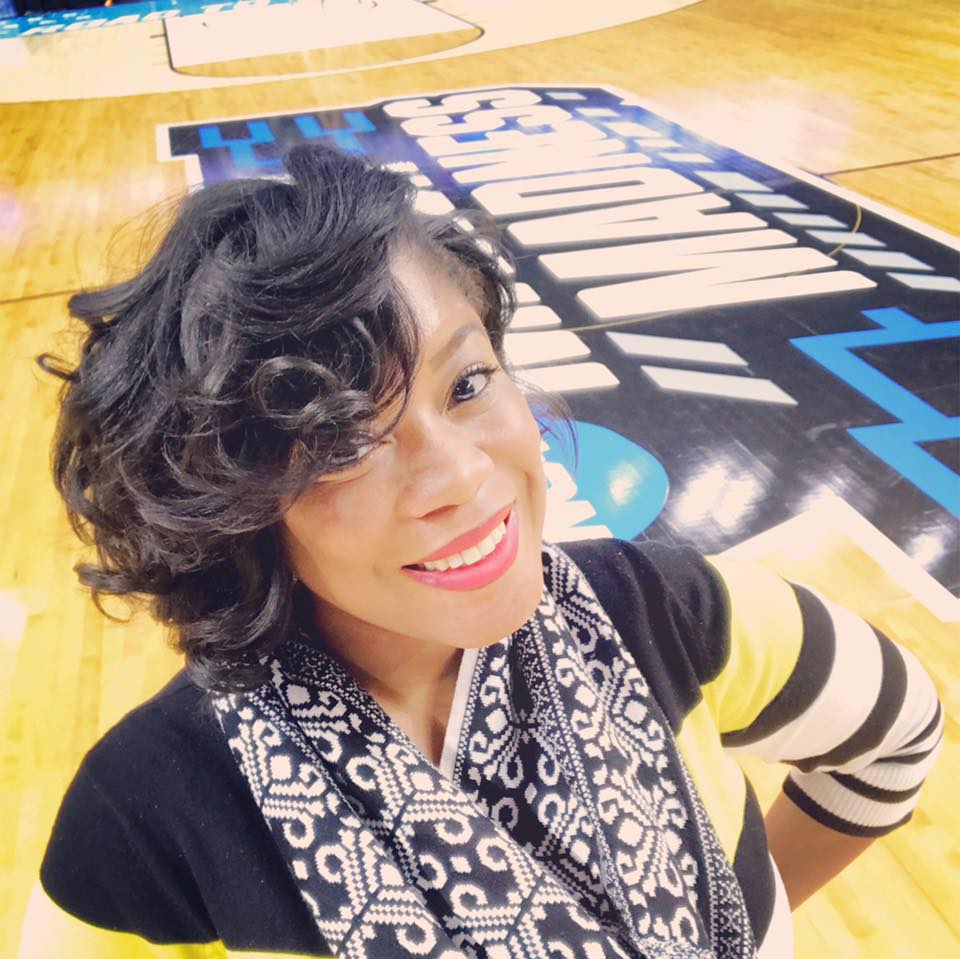 (Vashti was live and in person covering the 2017 NCAA Tournament)

You can keep up with Vashti and where and what she is doing next on Twitter, Instagram and SnapChat along with finding her work at her website, Carolina Blitz.