Life Can Come At You Fast

Growing up, I remember watching ESPN and thinking about wanting to be on that station. I remember watching Stuart Scott, Dan Patrick, Chris Berman, Tom Jackson and a slew of others, thinking of how I wanted to be in front of the camera representing those four letters. The passion, charisma and ultimately the fun-loving attitude and originality of the characters there were something that would keep your attention. They kept my attention so much that I used to watch the same exact SportsCenter episodes over and over again when I was a kid at home during the summertime. Over time, Sports Center, along with ESPN, has changed. The fun-loving cast is still there, but the personalities have gotten bigger and bigger and there are boatloads of shows there as opposed to the limited amount of shows they had to start. But above all, ESPN is a network that covers sports events and likes to show them live. They have access to pretty much any sport they want to and can broadcast it any way they want to. Along with that, the network paid time and time again to keep the live events parked right at their station while growing bigger and bigger all the time. Some enjoyed what ESPN was becoming while others despised it. Well, when ESPN started paying outrageous amounts of money for television rights and passed those charges on to viewers, that was when ESPN really saw that big bubble of success start to spring a leak. Over three years, ESPN lost 12 million viewers and with the amounts of money they were paying for television rights, something had to give. Well, they made some layoffs previously, but these hit even harder today.

ESPN started the process of laying off over 100 on-air personalities and writers Wednesday. They laid off people behind the scenes previously, but this one hit a little closer to home to those that religiously watched their slew of networks. Guys like Jay Crawford, who was one of the original hosts of Cold Pizza (known as 1st Take now), Jayson Stark, who has probably forgot more baseball than I have ever known and Len Elmore, who was excellent at breaking down college basketball games with the ever-present monotone voice. I never knew any of these people personally, but it was a joy getting to know them over the airwaves for all this long. But as the saying goes "the only constant in life is change". The network had risen to rarified air and now will have some of that hot air let in the form of layoffs. The different reactions ranged from sadness for some people that most of us have never met to some people actually being happy that some people lost their jobs. Even though I never knew the people listed so far, I don't think I could be happy in someone losing their job in this fashion. Sure, there are plenty ESPN personalities that we all love and even more that we probably cannot stand (a few names come to mind). But the reality is they did not make the cut for ESPN and now they are forced to move on to their next stop on the train of life.

There are some that will land pretty quickly in other gigs. While some will land quickly, there are others that it may take a while to land at a new spot. But all in all, the ESPN brand has altered yet again and there will be less talent there because of it. For me, things changed just like they did at ESPN. I grew up on ESPN and loved watching their programming for the most part. When I started writing, I had those dreams of being a part of their conglomerate and being a face that people saw if they pulled me in to the television portion. But as I look at ESPN now, one thing continues to ring in my head. Things can change in a heartbeat. You can be on top one moment and being heading out the backdoor the next. In my time as a writer, I have seen things look like they are getting better and that I was getting ready to break through. On the opposite end, I have seen things that  I thought were my breakthrough turn around on me and fall through. So in essence, the situation can change in a heartbeat, as those who got the call at ESPN have learned. 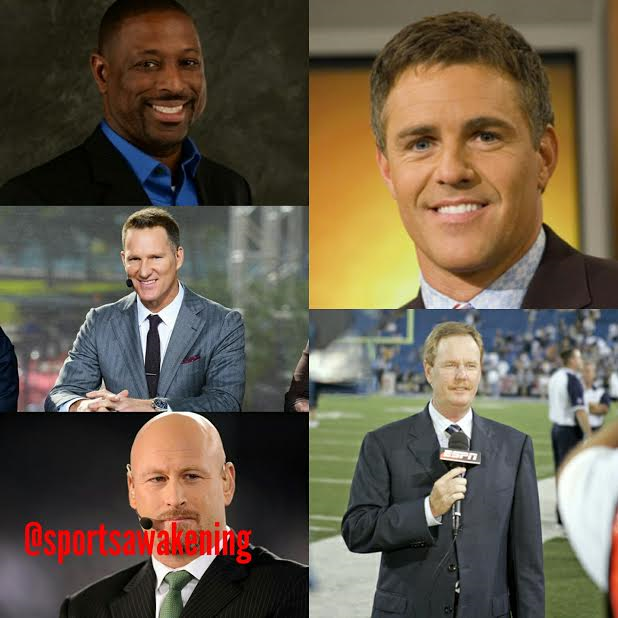