The Death Of Sports Debates

A conversation can be something that is intriguing, enlightening and pleasant when it happens. But on the flipside, conversations can be adversarial, uneducational and not very interesting also. Such is life of those that like to talk to others and especially the life of those sports fans that love to talk about the game. Plenty of the conversations that are had in sports are cordial. While there may be someone that disagrees in the sports argument, there was at least that respect of that other opinion despite disagreement. But somewhere along the line, that line of respect was crossed along with the way things are followed. People are now threating people online along with some even riding to meet them (does Temecula come to mind), there are some that are going crazy on social media when they don't get their way. Welcome to 2017 folks, also known as another year in the death of sports debates.

The sports debate used to be something that people came into knowing they would hear other ideas. Someone would introduce something as a question and people would begin to respond. Eventually when you gather a good group of people in a setting, there is going to be an argument or debate pop up. The way it used to be, both would express their points and eventually someone would agree to disagree if no agreement or common ground could be found. But these days, it seems like people post questions and things just for the validation. The verbal pat on the back for a good statement or question is something that some wear as a badge of honor. But when someone expresses a different opinion these days, those looking for validation do not like that at all. And instead of hearing out the sports opinion of the other party, the person seeking validation goes into attack mode. Essentially that ends in people getting into online arguments and completely missing the debate portion of the disagreement. But the sports fan that seeks validation is not the only one that goes a little batty at times.

The sports fan that is not objective is quite interesting also. We have all met one that fits on both sides of the equation. On one side, you have a fan that is so much in love with a player or team that he or she will say whatever just to lift up that player or team. And on the flip side, you have some fans that hate a player so much that no matter what he or she does, they will never say anything positive about them. These types of fans can also be the ending of a good sports talk or debate. Sometimes (even by their own admission of trying to troll), those sports fans are just trying to get a rise out of someone. Of course, I know sports are fun and people are just having fun talking about sports. But what I can say is that real talk gets thrown by the wayside in favor of something that is intended to instigate. And just like that, the conversation can go off the beaten path yet again, usually leading to an argument or someone leaving social media for a second.

The real sports conversations and debates used to be prevalent everywhere. Now it seems like a good sports debate is missing in action with the effect of social media and has only left its remains. Those debates have been replaced by people who need some self-esteem when they post or those that fail to think objectively. And as far as both, neither will ever really be right. But when you think only of being right or being seen, then being right was not the purpose of your conversation to begin with. And when that type of thinking invaded the sports world and social media, that is when real sports debates began to fade away into oblivion. There are still some sports debates there that are solid, but the bad ones far outweigh the good ones and by bad I mean the folks that come in and ruin it. Agreeing to disagree can be invaluable and something many can use, provided they want to use it. 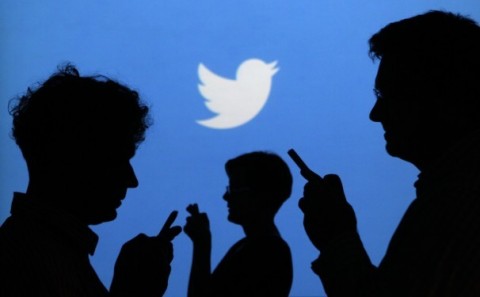