The end of the year is here and 2017 is right around the corner. And with that being said, there will be some things that will happen in sports. I don't profess to know all of them, but I surely will take a shot at trying to figure out some things that happen in 2017. Here are the General's predictions for 2017!

1. Harry Giles will not have a huge impact at Duke the rest of the season

The hype Giles received coming in this season was warranted. But what wasn’t talked about was the injury he was coming off of. Giles, the number one recruit in the nation, has had knee problems and he recently made it back to play for Duke. Giles, the number one high school player in the class of 2016, can dominate on the court when healthy and help this Duke team win games. But if he is not healthy, then he cannot make that big an impact. I expect his impact to not be as big in what will be his only season there more than likely as the season goes on.

2.  Kentucky nor Duke will win the NCAA title

Both teams are loaded. Both will get better as the season goes on. But with both teams the common denominator is one game. When March Madness starts, both teams will have that one game that is frustrating to play and it seems like nothing goes right. And in that game, both the Wildcats and the Blue Devils will falter under the pressure.

3. There will be four freshman point guards that go in the Top 10 of the NBA Draft this year

This may seem like a stretch for a lot of folks, but it is actually really a possibility. Markelle Fultz of Washington, De'Aaron Fox of Kentucky, Dennis Smith of NC State and Lonzo Ball of UCLA are all very talented players and all will have some teams that will fall in love with them. And all four of these guys will have plenty of teams in the lottery that want them there.

4. The Chicago Cubs will repeat as World Series Champions

The Cubs were young and talented last year and they will be young and talented yet again this year. This season the closer may be different, but they get some players back this season. They may not be as dominant during the regular season as they were this past season due to the championship malaise that may be there. But after they get out of that, they should be back on track to win another title.

5. Mike Trout will be traded from the Los Angeles Angels of Anaheim

The Angels seem to be fading more and more from relevant in the American League. And if that happens again this season, then they may have to force something to happen to their roster. With that being said, there is one guy they can trade that can help them rebuild their organization quickly. And his name is Mike Trout. Look for his name to swirl around and eventually be moved from the Angels this season.

6. The New York Yankees will make the American League Championship Series next season

The New York Yankees did not even make the playoffs last season. Of course, that is not acceptable to Yankees fans and to the brass there in the Bronx. So for this season, expect them to get better pitching and make that one move at the deadline to sure up their team. With some young hitting talent, the return of closer Aroldis Chapman and hopefully some healthy pitchers, the Yankees will be right there in the running for the American League crown like they are used to being.

7. The Cincinnati Reds will have the worst record in baseball

It isn't enough that they play in one of the toughest divisions in football, but they just do not have the talent required to really sustain anything in Cincy. So with that being said, the Reds will struggle this season as they find their identity as a team. And we shall see if they are able to overcome their shortcomings as a team or end up perishing under all the struggles. My guess is they will struggle under the setup there and end up firing their manager.

8. Neither the Dallas Cowboys or the New England Patriots will win the Super Bowl

Both teams are coming into the playoffs as the top seeds in the NFC and the AFC. But it isn’t necessarily the top team that is the best in the playoffs but the ones that are the hottest going in. Dallas and New England are very good teams and there is no doubt about it. But there are other teams that have been playing playoff football for a few weeks now and their mentality may be enough to help them beat the two favorites.

9.  Jimmy Garappolo will start next season...and have a bad year

Everyone knows the Patriots will be taking calls for Jimmy G this offseason. His time seems to be coming up in New England and with Tom Brady still going strong. With Jimmy G, whoever agrees to him will be committing more than likely a good amount of money to him along with a few picks in the draft. And when they do so, they can expect a year that will not be good from Jimmy G. And just like about every trade he has made, Belichick will win again.

10. Tony Romo will be traded to the New York Jets next season.

The Jets are in desperate need at quarterback. They gave a one year deal to Ryan Fitzpatrick there along with having Bryce Petty, Geno Smith and Christian Hackenberg as backups, but none got the job done nor gave them hope for the future. So with that being said and having a trading chip in lineman Sheldon Richardson, the Jets will be contacting the Cowboys to try to pry Tony Romo loose. And eventually they will come up with something to bring Tony Romo to the Jets and give Todd Bowles his best quarterback he has ever had there since being the head coach.

11. Blake Griffin will be a Los Angeles Clipper next season

This offseason there will be plenty of free agents that NBA teams want and one of them will be Blake Griffin. The talented forward will be sought after by many teams because of what he can bring on the court. However, the money he will be offered in Los Angeles will be more than anything else he can be offered anywhere else and that means he will be staying there in Los Angeles to be a part of the Clippers organization.

12. One prominent member of the Golden State Warriors will not be back after this season

I know plenty will think that I am crazy to make this statement, but eventually someone has to go. Everything has gone pretty smooth in the Steve Kerr era, but eventually an ego or money will come into play and that will change this team. And when that ego or money comes into play, look for one of the prominent four players on this team to be making an exit to somwhere else to play either via trade or just leaving the team.

13. There will not be a rematch of the Cleveland Cavaliers versus the Golden State Warriors in the NBA Finals this season

14. There will be a rematch of the Toronto Raptors and Cleveland Cavaliers in the Eastern Conference Finals

The Raptors are the second-best team in the Eastern Conference and we all know it. And during the season, they will make that well known to everyone. And just like last season, the Cavs will be facing the Raptors in the Eastern Conference Finals again. Hopefully they will get a better result this year, but that will be a tough thing to make happen as long as LeBron James is playing for Cleveland.

15. Butch Jones will be fired as coach of the Tennessee Vols after next season

Butch has made strides as the coach of the Tennessee Vols, but last season was not his finest hour. The "Championship at Life" statement will haunt him for a while and also what happened last season will haunt him. The Vols were picked by many to be the winner of the SEC East and did not meet expectations. It just seemed like they were not ready for what the expectation was and did not play well. And Butch could not help them play any better than what they did. Next year, the team will still have issues and the voices will grow louder for him to be gone. And soon those voices will become the boosters and Tennessee will listen this time and let him go.

16. The NCAA champion this season will be the Alabama Crimson Tide

Looking at the matchups and the team that Alabama has, they are still the most feared team out there. Their offense is explosive and their defense is very opportunistic in what they can do. Look for them to take care of the Washington Huskies this Saturday and also look for them to handle whoever they take on in the championship game, giving Nick Saban yet another national title.

17. Terrell Owens makes the NFL Hall Of Fame this season

I know plenty will shake their head at that statement, but just take a look at his numbers. The numbers he put up during his career. Sure, he had his temperamental moments on the field, but his production cannot go unquestioned. And because of that, I believe the powers that be eventually open the doors of the Hall to Owens.

These are my seventeen predictions for 2017. Agree? Disagree? 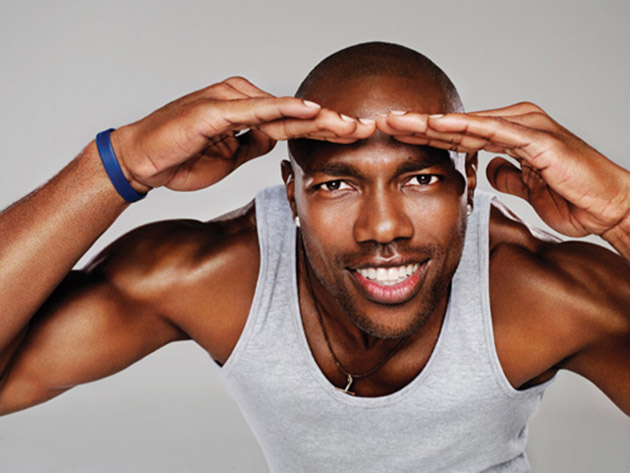