The Olympics have had some great moments and some sad moments as well. Watching Michael Phelps continue his dominance as he did his best Aquaman impression was amazing as he reached 23 total gold medals, an Olympic record. And not to be outdone, sprinter Usain Bolt proved again why he was the most dominant sprinter of the last decade, dominating the 100 and 200 meter races again and in style while completing the triple-double (winning the 100 and 200 meter races three years in a row). Along with those great moments, there was also some sad ones that happened. One sad one was watching Manu Ginobli have his Olympic career ended by the United States in the medal rounds of Olympic basketball. His was truly emotional making his speech when he was talking to media. And not to be outdone, Kerri Walsh Jennings was gunning for another gold medal and was unable to do so as she and her partner, April Ross, lost to the Brazilians in the semiginals, thwarting her chance at winning gold at every Olympics she has been in. At age 37, it is quite possible that we have seen the last of her in the Olympics. But along with the great and sad moments, there was one moment that seemed bizarre and weird. It started with Olympic swimmer Ryan Lochte saying that he and some of his swimmer buddies were hanging out after celebrating a win when he said they were robbed at gunpoint. But who would know there would be more to this story than what he and the other swimmers said.

Lochte flew back to the United States after telling his story, but his teammates Gunnar Bentz and Jack Conger were not so lucky. The Rio police pulled Bentz and Conger off the plane and they had them detained. Apparently, the story that Lochte had told us all was not true. Lochte tried to keep remaining in his "truth", but the others had told that it was all a madeup story. They were never robbed. They were, however, out and about in the city. The video evidence shows that they were out and about in the city and does not show that they were robbed. Of course, there could be more evidence that we have not seen at this time. But as it stands right now, Lochte and his comrades now look very, very bad. And as far as Lochte, he reportedly was the one that came up with the robbery story to begin with. Apparently they were celebrating and were drinking in the city, which is fine to have some fun. But when there is damage done to a business (the gas station that they were at) and you reportedly pee outside the door on the floor, that is an issue. Reports are the swimmers tried to pay cash for the door there but of course, more details are still pouring in. The main thing that came out of all this is that these swimmers lied in order to cover up their own drunken night. And not only did they lie, but they filed a false police report as well.

Rio police have indicted Lochte and one other swimmer that was involved, James Feigen, in Rio. Feigen is still in Brazil, but Lochte is back here in the United States already. So he will have to be extradited back to Brazil on this one potentially. And of course, they both will face charges of filing a false police report. Now more than likely they will not have to serve any time over this incident. But this incident has taken away attention from the athletes that are doing what they are supposed to be doing and not causing scenes. Rio is known for having corrupt police offices and having issues there, but to add to what they have going on just because you want to cover up what you did is just flatout wrong. And for that, Lochte deserves a ton of criticism. One Olympic official tried to state that "boys will be boys" on this one. But when do boys grow up? Lochte is 32 years old. He is old enough to know what he is doing. And he is old enough to take responsibility for his actions as well. It seems like Lochte was ashamed of what happened and did not want anyone to find out. And it also seems that he coerced his fellow swimmers into going along with a lie that he thought of.

Lochte is not only embarrassing himself but the country with this entitled act he put on. Blaming someone for you messing up is what a little boy does and not a grown man. And because of what was reportedly his concoction, Lochte has cost himself money in endorsements and also brought down with him. But amazingly, there are some that are still defending his actions and deflecting what happened as well. It's truly amazing that Gabby Douglas was put down and talked about for her observance of the National Anthem and her hair and yet we are supposed to just avoid talking about a guy that actually did something wrong and lied about it as well. And the even scarier thing about this whole mess is there is probably more information that we either have not heard of as of yet or that we may never get to hear or see and we still don't know the whole reason Lochte lied for. 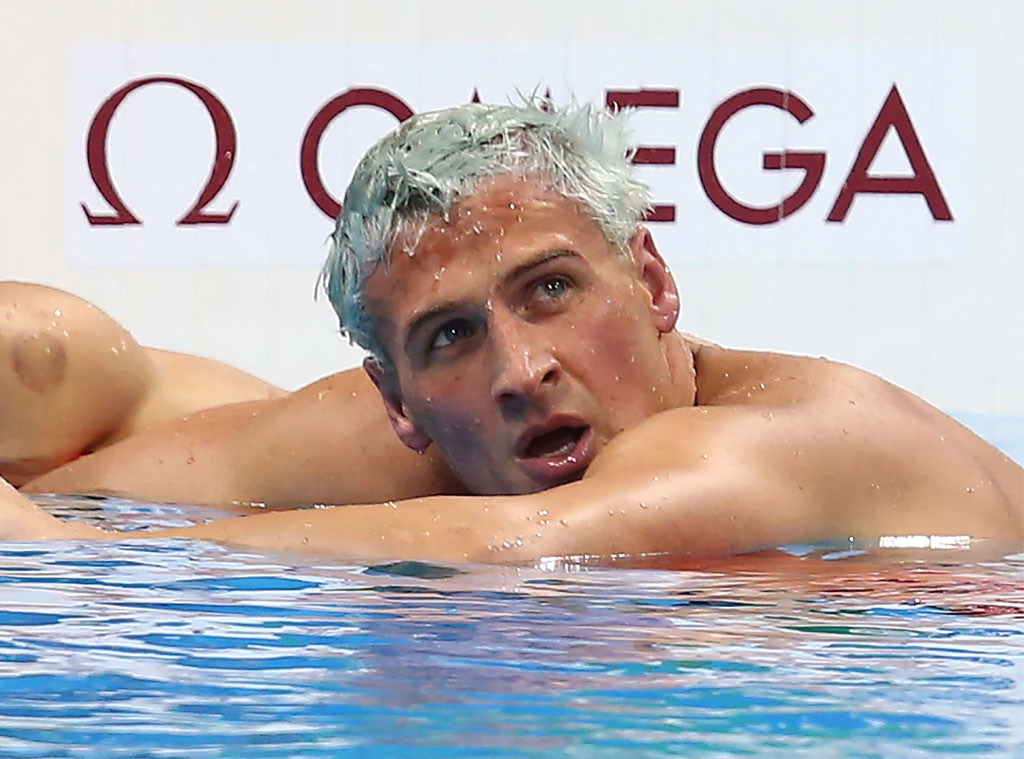