Public Enemy was formed back in 1982 by Chuck D, Flavor Flav and a few other gentlemen. While the group put out music that people loved to listen to, the music they produced was also music with a message. The message would be about what was really going on in our streets and with our government-things in front of our eyes and behind the scenes when it came to the Black communities. Chuck D was forever bringing heat and power behind the microphone as the lead MC. "Fight The Power" was a huge Public Enemy song and it brought them a lot of attention. But one song that is very powerful in its own right is "Can't Truss It". The song, which was released on the album Apocalypse 91.... The Enemy Strikes Back, was about the lack of control the Black community has over business and other things in this world because of how this country is set up. Well, those issues are still here 25 years later, but there are also a lack of control over the images that we see each and every day. There is no bigger example of that controlling of the narrative than when a riot happens.

Just recently, the University of Kentucky was taking on North Carolina in the Elite Eight in Memphis. Both teams are considered to be a part of college basketball royalty. The game had ebbs and flows for the entire forty minutes leading up to the last few seconds. Kentucky, which was fighting back from a huge late-game deficit, got a magnificent three-pointer from guard Malik Monk to tie the game with not very much time left. But North Carolina knew what they had to do and raced the basketball all the way down the court, getting a Luke Maye jump shot to go with .3 seconds left. That basket would lead the North Carolina Tar Heels to the Final Four while the Wildcats were dejected and in obvious disappointment to what happened. But what some of the fans did after was completely over the top. Fans were obviously not happy with the ending of the game and how they felt it should have been officiated. So there were some pockets of riots that happened in regards to the outcome of the game. Police were involved and things eventually were calmed down. In the aftermath, the usual comments were made. Every time riots like this happens (and it happens very frequently in college sports), the excuse is made for those that are involved that these were just "young kids acting out" or "they are just kids". It's almost is like this incident is excused. Notice that when these incidents happen, that they are mostly white crowds involved. And when that is the case, the media seems to give them the benefit of the doubt.

Now let's flip this situation to another event that is more serious and affects a different group. All around America, you have noticed that there have been issues with police and unarmed Black people being killed. Every time that happens, marches happen in cities all across the country. One example is when Freddie Gray was killed in Baltimore. There were some organized protests and people were sticking to their point. But there were some that were angry and rioted, causing some damage. It definitely was not a pretty site. In instances like this and in Ferguson, Missouri, notice that the crowd was majority,if not all, Black people. Another thing that you may want to notice is the reaction that people had to this compared to the rioting kids on campus destroying things and setting things on fire. Black people were called names from "thugs" to "gang members" to even the N word which I dare not utter. The level of disgust from more white people in this is disturbing. But what is even more disturbing is the incident that happened that caused the action in question is overlooked. Sure, violence was not the answer here and for a large majority of these marches and protests, there is not violence within those in that movement. But there are those that lump all together into once group and don't take the time to understand why and what the issue is at hand because it does not affect them and they therefore don't care.

Both instances had pockets of people that were out of control and damaging things and both had people that were unhappy about something. But notice how both are treated. The instance involving more white people was treated incredibly different than that the instance involving more Black people. And therein lies the issue at hand. Too many are scared to be comfortable in their own skin instead of stepping outside themselves and would rather be comfortable in their own skin instead. If you want to be real about it, the Kentucky fans  and other fans that have rioted when their teams have won and lost were out of line and really silly and deserved to be called names more than the groups of people that were out there for a reason or purpose. But let the world tell you, it is ok to damage things while celebrating or mad at something but not ok to express anger or demonstrate when it affects the world that some of us live in. If you don't see the wrong in that, then I don't know what to tell you. 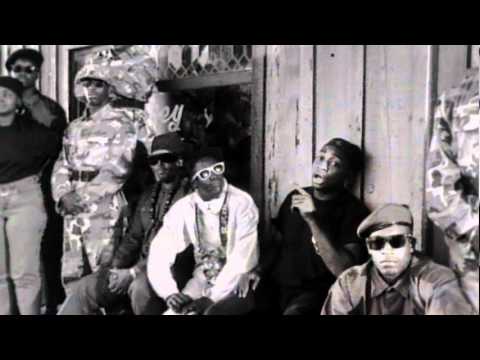