Mykell grew up in the DMV area, spending time in Alexandria, Virginia, Washington DC and PG County. Her love for sports came genetically from her dad. "My father, Michael Ramos, went to Boston College to play basketball. He was a big basketball star in Bridgeport, Connecticut. I remember going to my grandmother's house in Connecticut and all you saw was my father's trophies from football, basketball, baseball."

Mykell's father used to take her to the basketball courts back when she was younger and there is where the love of the game began to spark for her. Mykell never played sports, but she loved to watch it and at 9 or 10, she began to realize what she wanted to do with sports. "Watching NBA on NBC and watching Inside NBA with Ahmad Rashad and seeing Hannah Storm and realize this is what I want to do. This is it. Ever since then, this is what I wanted to do."

Mykell would began to read the sports section every single day around 7th and 8th grade as well as writing articles as she went into high school. Mykell would have those articles critiqued by her teachers as she was entering high school. As Mykell grew up, she found more and more ways to get into sports without being actually playing. "I always knew that I did not want to play sports. But I always enjoyed writing. reading about it and arguing about sports. I always knew that I wanted to be a person that had a voice and an opinion and spoke about it."

The big thing about talking sports in high school was not covering the high school team or anything like that in high school. "I wrote for the high school paper for like five minutes," said Ramos. "I was still writing papers and having them critiqued in the eleventh grade by Mr. Hankerson, my social studies teacher. But along with talking sports with my social studies teacher,he encouraged me to write and he believe I had talent." But along with that belief he had, Ramos felt she had to prove herself. "I remember being in the hallways arguing back and forth with the boys and then gaining their respect."

After completing high school, Ramos would take her journey on to Morgan State University. Mykell would become more involved with the student paper and other things during her time at Morgan State, but she would also become the person that everyone would come to know there when it came to sports. "I became the one that everyone wanted to give the mic to. I became known as the sports girl on campus." 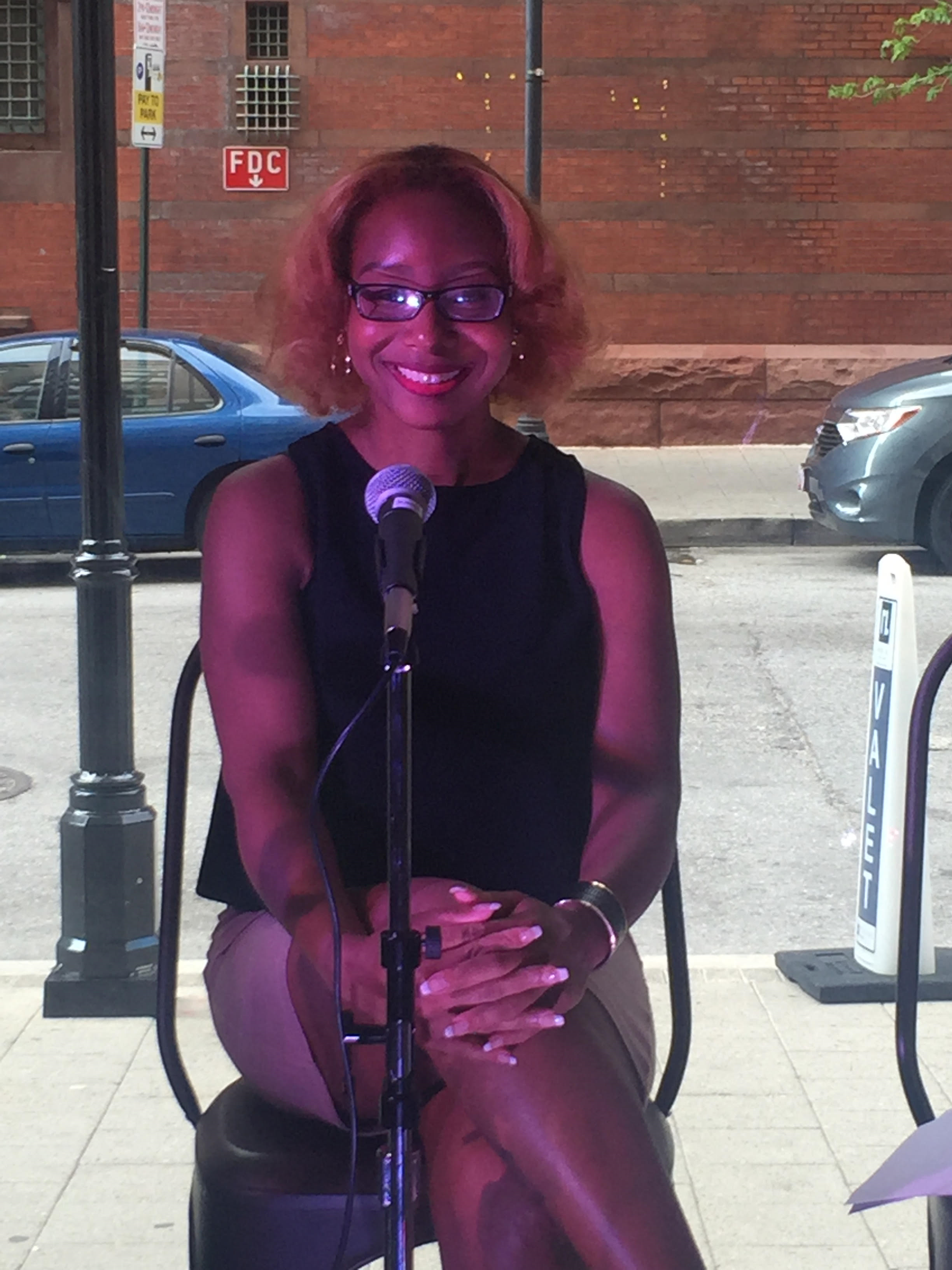 Mykell would go on to graduate from Morgan State with a broadcast journalism degree, but she did not really delve much into the sports world or how she says it "she did not get very much formal training until she was out of school". She thought that she wanted to do sports news and even did an internship with Fox Sports 45 in Baltimore, where she was Kristan Berset, who would become one of her mentors.  But the focus had changed for her. "I thought I wanted to be more sports news, but my opportunity came from radio and then I developed a passion for that."

Ramos would go on to get her first opportunity on radio from Lamont Germany, who was the voice of Morgan State University State football and basketball, and Mark Gray but the Heritage Sports Radio Network. Mykell started doing sideline reports for her alma mater doing basketball games and football games over the radio airwaves. From there, her role would grow to having her own halftime show, called In The Middle With Mykell Ramos. She would also going on to do the CIAA Tournament, the MEAC Tournament, the Charm City Classic and other sporting events, as she continued to flourish and grow within her new passion. All the time remembering the words her mother said, " Be the best at what you do".

"It has been one door opening another door opening another door," said Ramos of the things she has gotten to experience. Being on radio and getting to do some other things because of it was starting to consume her and what all she wanted to do. "I started doing the Flex Zone with a few friends of mine, Crevonte Hurde and Andre Melton. And they just decided to do a show from a male and female prospective.  We would alternate hosting until I expressed that I really wanted to host and they ultimately let me keep the chair. I am grateful for that opportunity and it sparked my love for creating sports content on the radio and being a host even more." 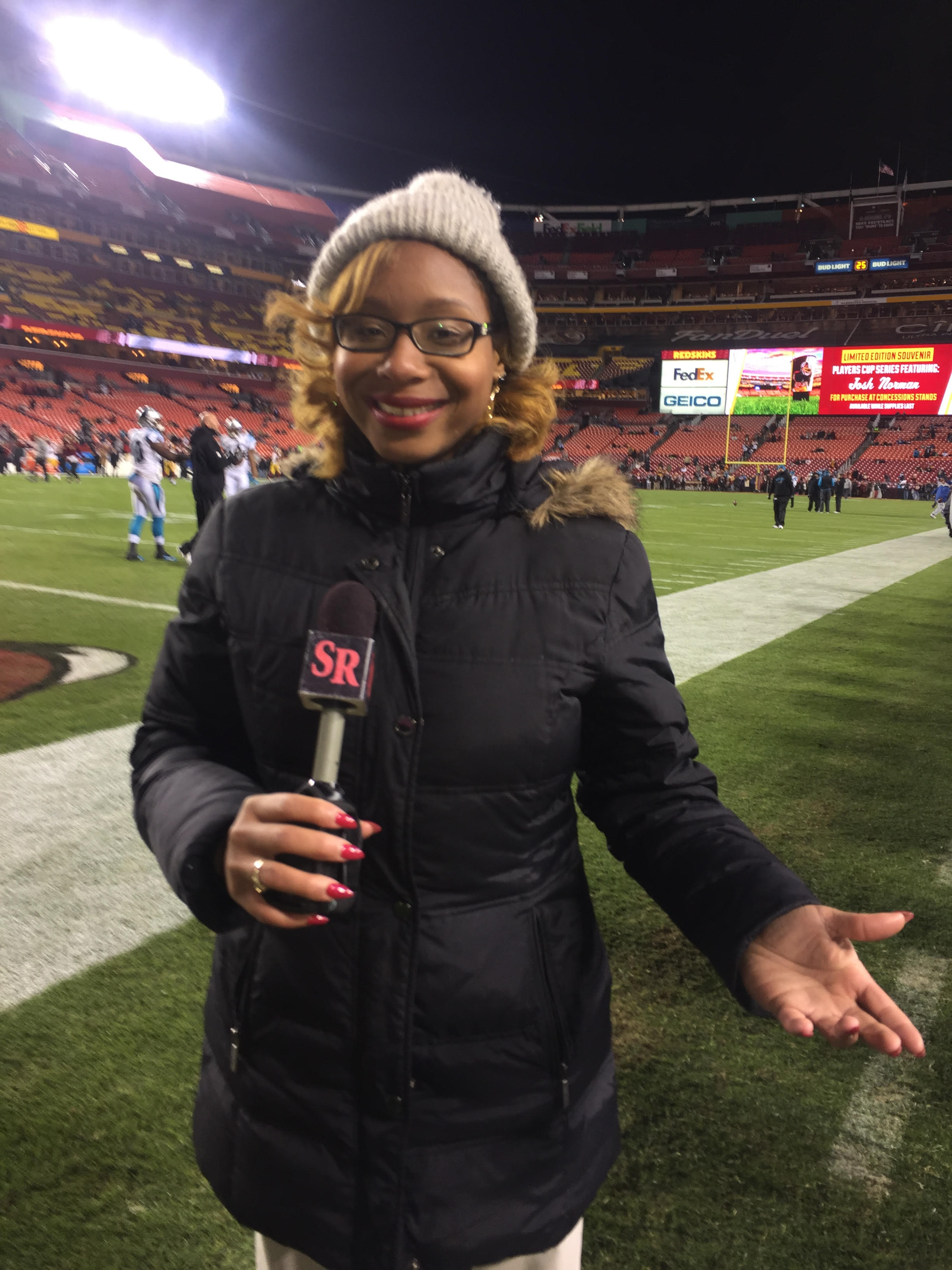 (Mykell coming to you live from FedEx Field)

As things currently stand, Mykell is doing radio work at her alma mater, Morgan State, as well as working on some other things. "I'm am at this point now where I am looking forward to developing my own podcast and I have my own segment on a radio broadcast on Thursdays. I am looking forward to taking radio as far as I can take it." As far as the push to get her own podcast, well that came from some pretty heavy hitters in the game. "Through different conversations with David Aldridge, Bomani Jones and Michael Lyle Jr., they essentially told me to do radio and to drive to do well there."

Mykell has taken all the experiences from working on radio at Morgan State and workin on the Flex Zone and now she has taken it all in her hands, as she has now started up Rollin With Ramos, which is a weekly podcast that you can find on Soundcloud and iTunes. I would like to thank the Working Class for letting me be a part of the many podcasts that they host."

Ramos has gone her whole life loving the game. She has written on it, argued it and spoke on radio her opinions on the game as well. Mykell has held her own every single time in what is a male-dominated industry. All the while, she keeps looking at that mountaintop to climb, aiming to hold that number one, signifying that she is the best and bringing her mom's words to reality. 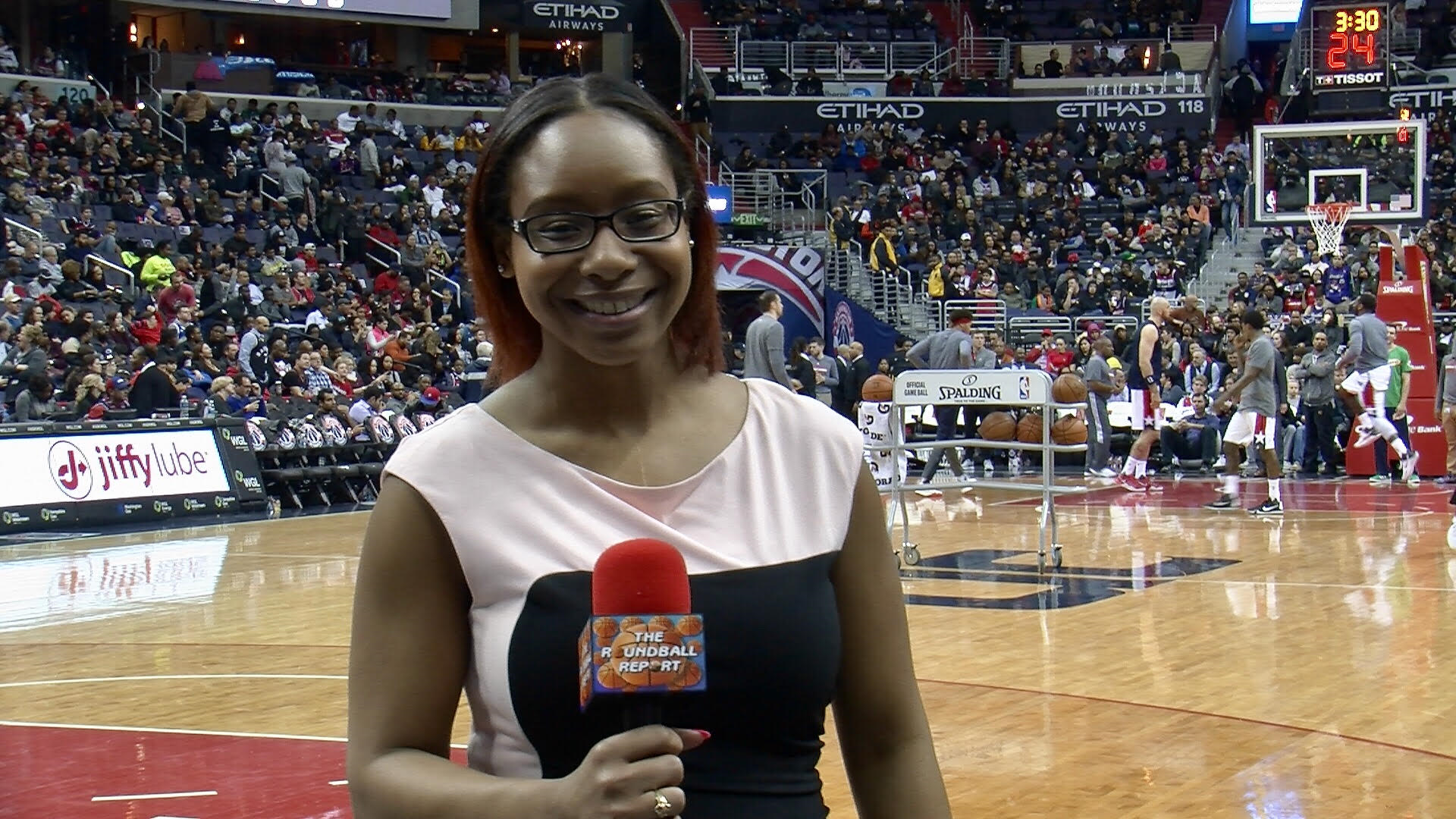 (Live from your nearest sideline in the DMV area, it's Mykell Ramos)