As we get ready to get started, I am reminded of the first time that I met Lauren Beasley. At that point in time, she was a tough, fiery sports fan that would not go down without letting it be known that she was here and she was ready to let people know she was here to stay. But who would know that fiery attitude was woven into an uncanny determination. 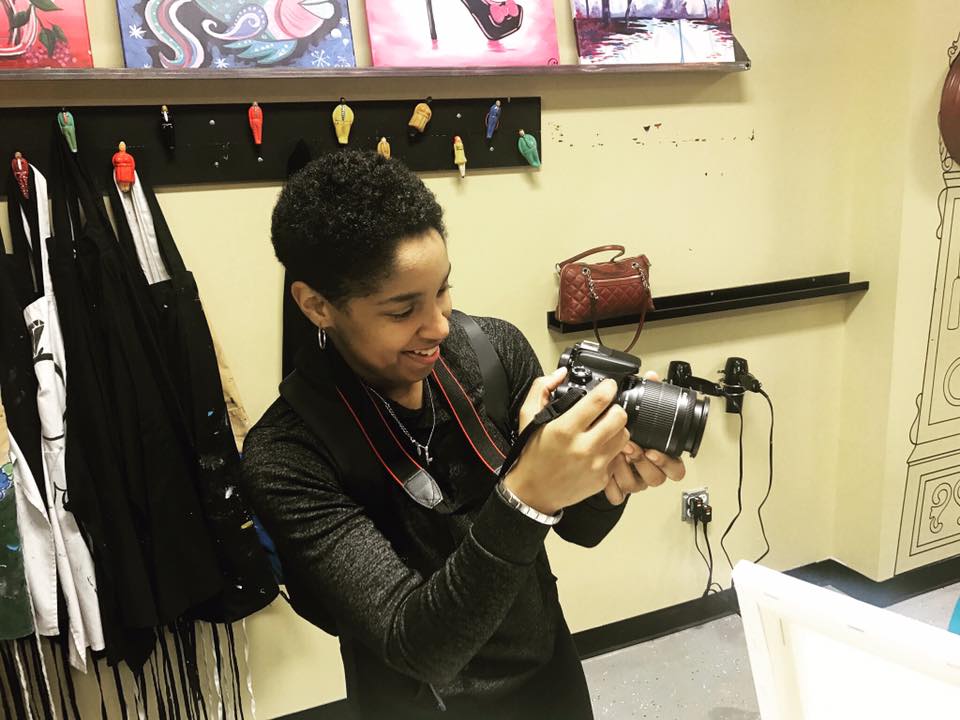 Another day at the office for Lauren as she prepares to capture a moment in time.

Born in Atlanta and raised in Detroit, Michigan, Beasley grew up around her mom, Lisa Beasley, and her three uncles. " Detroit is a great city. I grew up in that middle-class area in the heart of Detroit with a great mother, three uncles and a great support system." It was within that support system that Beasley first got introduced to sports. "My uncles had a lot to do with me getting involved in sports growing up. Plus all my uncles and everyone grew up playing at least two sports all the way through middle school and high school, whether it be basketball and baseball or track and field."

Swimming , which was Lauren's first love, was fun for her. But in the summer before her sixth grade year of school, she became serious about basketball.  Lauren's dreams began to shape as she wanted to play basketball at the next level and that was her goal at the time. But when she entered high school, things changed a little bit. She had highly successful freshman year of basketball at Detroit Consortium High School. But in her second year there, things drastically changed.  There began to be some issues between her, some of the girls on her team and her coach. And that, along with a torn ACL, ended her high school playing days on the hardwood.  "I played a little bit of AAU basketball, but I never played again with my high school team plus my injury."

But through that injury, Beasley discovered her connection with sports outside of playing them. Knowing that she was going to miss her entire junior year, Beasley began to send film to colleges and wanted to get more film of her, inviting her to camps and things like that. But instead of keeping this to herself, Beasley decided to help out the boys team as their college advisor, "When I went back to school after being out with injury, I used those abilities to get in contact with colleges to help out the boys team. I had approached the boys coach, Al Anderson, about what I could do and he gave me the opportunity to help out." Beasley would start a business helping the boys team and the talents there get to college. Her skills included getting their transcripts, putting together highlight tapes and ACT/SAT scores.

She would run this business through her senior year and get her first taste of going hard for what she wanted to do outside of playing sports. And she would help many a player get ready to go to college until she had to make a choice herself. She had received an opportunity to walk on at college Benedict College in South Carolina or stay in Detroit and go to college at Detroit-Mercy, where she was offered a student-manager position by then head coach Ray McCollum in 2011.

Beasley decided to stay in Detroit to go to school and continue her business with the high school she attended. She took the opportunity to work with McCollum in order to eventually become a sports agent, but her friends saw something different.  "I went to school as a pre-law major because I wanted to be a sports agent. But my friends felt that I would be better in the communications field. I did not think of media much at the time because in my mind I saw women of color as more as eye candy and a sideline reporter and that was nothing that I had much interest in."

Beasley eventually would get her mind wrapped around the idea that she could do communications. But for her to do it, she was going to do it her way. Along with learning more about the game of football in college and how to break it down, Beasley also learned that Detroit was not going to be the place for her to learn about broadcasting: "I was not enjoying my time at Detroit-Mercy. It was a great school and everything but they did not offer me what I was looking for in a communications program and I had to take a lot of unnecessary classes that had nothing to do with my major." 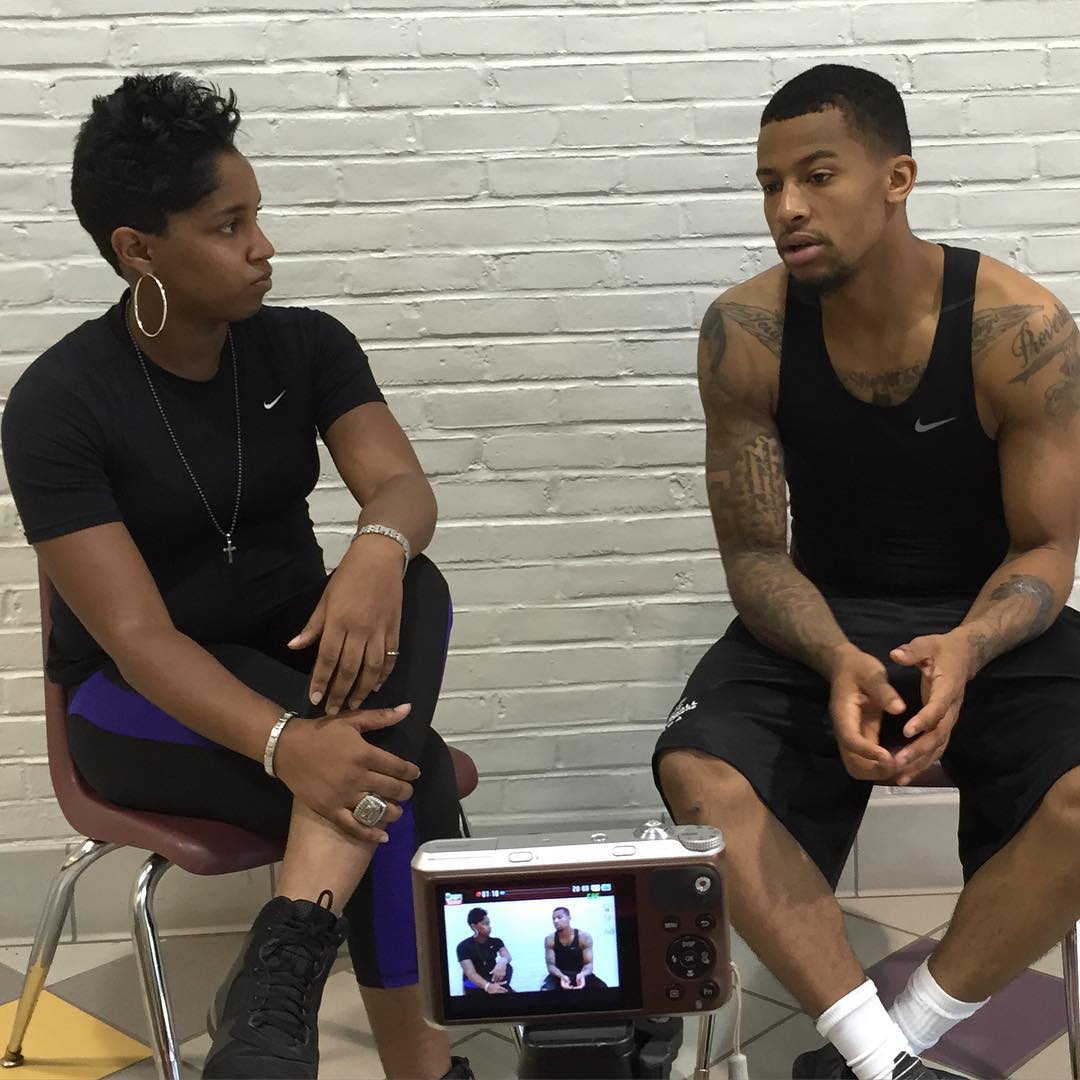 Lauren had to find out what was next for her to get the broadcasting skills she wanted to get. Little did she know that through her first writing gig she would find a school that fit her. "Jason Smith gave me my first writing gig at Detroit Man's Room. Me and him responded back and forth and that is where I found out about Specs Howard." Beasley would get together her five-year plan and show it to her best friend, her mother. And it would begin taking shape at Specs. There she would learn the tricks of the trade in radio, television, graphic design and video editing.

In the eight-month process, the school began to bring out more of the go-getter in her and that eventually spawned her own website, which was named LaurenBeasley.com. She would use her newly acquired skills along with some hustling to make her radio dreams began to come true on her own. "To pay for my shows and my website, I would put together marketing packages for three months, six months and a year and go ask local businesses if they wanted to pay for advertising on my shows." Lauren would continue to do her shows and in February 2012, she had Mason (announcer for the Detroit Pistons) reach out to her about coming on WCHB 1200AM. But a chance meeting while she was there would be one that would take her to another level and help her reach beyond the sports world.

"Funny thing is my godsister Kimberly Walker, better known as Paigon, had just gotten a job working at 106 and Park helping replace Terrance J and Rosci. I had kept up with her over her career and to keep up with her I actually would keep up with some of the people that worked with her. One of those people was Ashley Trybula, but she goes by the nickname of AC." Lauren was going to do the radio show with Mason when she walked right past Ashley and tweeted that she just went past her (instead of talking to her). From there, Ashley was wondering why Lauren never said hello, but they did eventually end up striking a conversation up and she told her why she was at the studio. Ashley would do some research on Lauren and offered her an opportunity that Lauren would decline at the time. "I declined the offer from AC because I had taken on too much, accepting multiple internships. So I thought it would be best to decline her offer because I could not give my full attention to the opportunity that she presented me with."

Lauren would keep that relationship open while continuing to do her Blog Talk Radio show and website. Beasley would attend a high school showcase representing her own website and that would again catch the eye of AC. "AC took notice of me and then reached out to me again and said 'We need to talk about you writing for us.' "Beasley would accept this opportunity and she learned that she would be providing sports on the News Talk radio station. And with her accepting the opportunity, AC's promise to her was that when something came about, she would let her know. The opportunity came about for Laren when she was Mason moved from WCHB 1200AM to go to a better opportunity with 105.9 Kiss FM for a morning show and there was a producer job open. She applied but did not get the job, but what she did get was a board operator/producer for a radio show outside of sports. 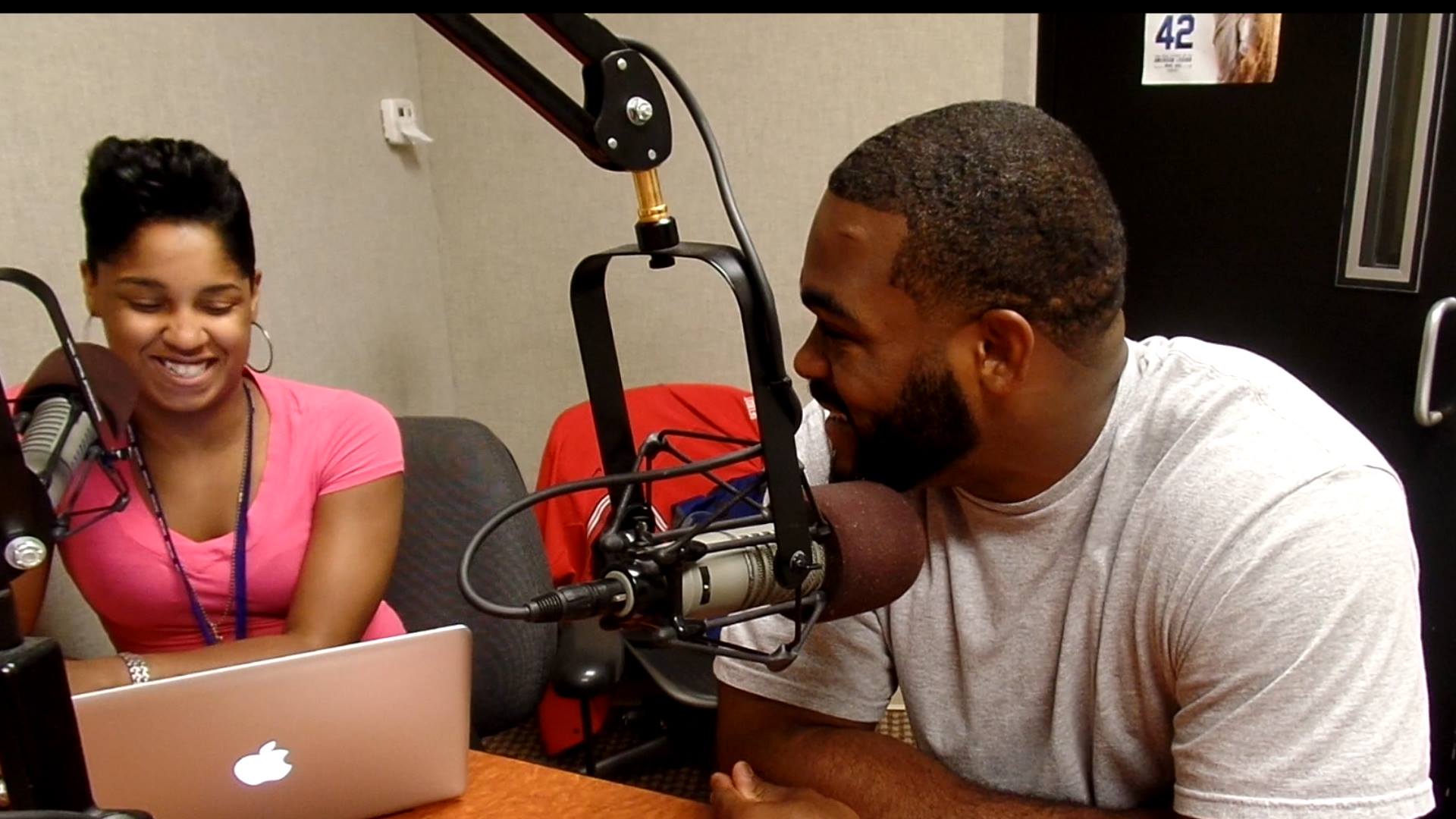 From there, Beasley's role increased with Radio One Detroit where she was producing shows herself and providing compelling written content online. But while she was doing that, she was still finding time to cover her sports, going to cover Lions practice and games whenever the opportunity arose. Lauren eventually became the top producer of a new morning radio show called The Morning Heat on Hot 107.5FM. But that is when AC came calling again. "AC came back to cover Summer Jamz in summer of 2016. She let me know that she got a new job with iHeart Media at that time as their digital content director and she asked me if I was interested in a job as Online Editor for Radio One. " Lauren sent her resume and was not sure where the job would be and she was thinking it was in Detroit. Then, at the end of her first interview for the position, she was asked if she was comfortable moving to Indianapolis. Needless to say, Lauren said she was and she eventually got the job, becoming the online Editor at Radio One Indianapolis at 23 years old.

Signing Day for Lauren as she joins Radio One Indianapolis

Lauren currently is in charge of five radio stations and a television station in Indianapolis in terms of online/digital content. But she also still keeps her eyes out on sports, covering sports events from the Pacers to the NFL Combine for Radio One Indianapolis. And with her rapid rise and her hard work and determination, she is definitely making change and setting an example for many women of color out there.