Marvin Gaye was one special talent. He could make songs speaking about love and romance and then turn around and put out a song that tugs at your heartstrings talking about the conditions of the world he lived in at that time. One particular song, "Mercy, Mercy Me" was touching in many aspects. The music was smooth, the tone of Marvin's voice was excellent for the song and Marvin Gaye had a message to deliver. Plenty that listened to the song felt it's message and it's melody as the song rose to number one for two weeks on the R&B charts in 1971. One line that always sticks with people in this one is "Whoa, ah, mercy mercy me. Oh things ain't what they used to be no no." That line could be applied to the sports world when it comes to sports writing. Sports writers all over the place that wrote for newspapers and magazines used to have a story to tell. The stories were in-depth, interesting and had you reading them over and over looking for more information on the topic at hand. The writers at that time were the authorities on what was going on and either had facts or educated options on what was going on. But somewhere between those times back in the day and now, some things changed and now we have the guessing game that we call the sports writing field.

When you look around the landscape of sports journalism, you have to be careful these days. There can be some reports that are accurate and can give you a great wealth of knowledge and entertainment. But there are others that are not designed to be that way. What some writers have become these days is shock journalists. You know exactly who those people are. The people that want to make something that sounds so salacious and feeds into the frenzy of those that crave the excitement and the drama. But more times than not, those journalists are not really speaking of things that are all the way true. Their rush to get the story out has eluded that they were charged to get the facts and not create them as they go along. The shock journalists end up getting the attention they craved to begin with. But what also comes along with that attention is a huge clock. On that clock is fifteen minutes. As the clock ticks, the shock journalist fights all he or she can with what energy he or she has. But eventually, time runs out and all that attention the shock journalist was getting disappears faster than Keyser Soze in The Usual Suspects. Waiting for the real facts and being accurate has its positives and one of those is longevity.

But along with shock journalists being out there, it seems that are some journalists have lost their purpose. To be honest, there are some journalists that think they are the star of the show. In adopting that mantra, many journalists go out of their way to make themselves more of the story than they should be. Instead of people talking about the very subject, person or thing that you were speaking of, the new age journalist makes it more about him or herself. The main purpose of journalism should not ever be about writing something that points to you as the story. The job of a journalist is to bring a thought or idea to life and create a dialogue, thoughts or moments about what he or she has written about. The story is essentially supposed to be the thing that everyone talks about. With the way things are going these days, there are more journalists and aspiring journalists that have not been able to grasp that thinking. Instead, those journalists or aspiring journalists seem to want to see their names up in lights as opposed to seeing a good article take on a life of its own. The thing that those journalists may want to realize is that the attention will come unsolicited if you do great work and provide a great service to what you are trying to do.

There are a lot of people out there that are great journalists and there are some out there that are wanting to be great journalists and do great things. But the problem comes when there are aspiring journalists that are craving attention and  that will rush something out there without knowing all of what is going on. Many times that puts them in the light of being a shock journalist. Like I mentioned previously, shock journalism has a short shelf life. Eventually those fifteen minutes are up and there is no more time left. Of course there are some exceptions, but there are not very many. The thing that has to happen is there are some journalists that need to understand what this business is all about. But of course, not everyone is trying to understand the purpose of the business at all. Leaves us all to wonder What's Going On sometimes. 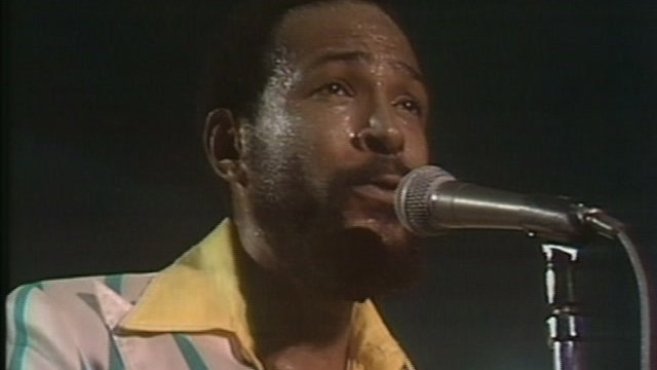