On social media, sports can end up being a topic of discussion. And in those discussions, there can be lots of good information and ideas passed between all parties. But just like there can be some good ideas, there can be some really bad ones. Nothing can be worse than witnessing ideas being talked about that absolutely make no sense. We see it on social media everyday where someone says something that makes you scratch your head. Sometimes these comments are made in a joking manner. But there are some that actually say them and mean them. Those that mean this are ones that are trying to substitute careless sports talk in for sensible sports talk. Let me give you a few things that have been said that would be considered careless sports talk.

I heard someone actually say that they would take Tracy McGrady and his career over Dwyane Wade. And at that point, I was perplexed as to how they could say that. McGrady had a moment in time where he was the man in Orlando, but how many times has he taken a team out of the first round? And if you look at the team Wade took to his first championship, they had a bunch of wiley vets on that team and Udonis Haslem was one of their main scorer. Yes, I said Udonis Haslem. Wade’s career has been about more than McGrady’s can ever be stated to be. McGrady was an exciting player, but no way he and way McGrady’s career should ever be talked about in the same light at Wade’s.

Tim Tebow is a very solid announcer and this statement is nothing against what kind of person he is. But to say that he could be a starter in the NFL is something that is puzzling to hear. I understand wanting him to succeed, but reality is that he cannot not has never been a guy that could pass the football. He is doing just fine being a television personality and we don’t want to jeopardize that one so we can be subjected to another Sunday of bad quarterbacking.

Plenty of times, the referees do mess up calls. They are human and it happens. But to blame the referees for losing the game is crazy. Very rarely does a referee call cost a team the game. And the most interesting comments happen when fans say their team lost because of the refs and they got beat by twenty. There is no way a referee blew that many calls to cause a twenty-point loss. Somewhere in that game, the players on the losing team made some bad plays. And I can guarantee those plays cost them more than a ref missing a call.

The first careless sports talk point was one that I personally witnessed and someone actually tried to say that Wade was overrated in it. One of the more laughable and interesting conversations that I have ever been a part of. But in most instances, you can only do your best to avoid this kind of sports talk. It will only make you made it you take it seriously and actually try to debate. But sometimes, those conversations pull you in and before you know it, you are on Facebook or Google+ or Twitter going back and forth with someone you don’t even know.

If you have trouble pulling away, then just say something that makes absolutely no sense in the conversation. When you do that, it does two things: (1) it stumps the one spitting the careless sports talk to where they don’t know what to say and (2) it is probably going to make the other person laugh. At that point, the conversation is over (unless the careless talker is on fire that day). Carless sports talk is something that you will witness on social media. You will always come across it. But you don’t have to be sucked into it all the time. You can just flatout avoid it by scrolling past it on the screen. But if you engage, just know you are doing so at your own risk. For those careless sports talkers out there, get it together. 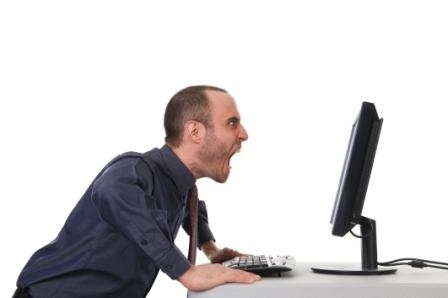