The Ugly Truth About Class And Brock Turner

When you're young, it's always good to have a little fun at a party. Sure, you get a little out of control and do some regrettable things, but not something that will leave a permanent mark on your life. But in the case of one unidentified woman, visiting a college campus will leave a mark that will last a lifetime. The unidentified 23-year-old woman was partying at a fraternity party on Stanford's campus while drinking in January of 2015 and said that she did not remember what happened to her. It was reported that she said someone found her with a male laid on top of her while she was partly clothed. The man's name was Brock Turner, who just so happened to be a champion swimmer at Stanford. It was determined that Turner sexually assaulted her and he was charged and later found guilty of rape in March of 2016. At that point, it was expected that he would end up serving time for the rape. The maximum time for what he did is 14 years. He is going to serve time, but not the time that many thought he would. Turner's case finally came to an end when he was sentenced to six months in jail and three years of probation. Needless to say, there is a ton of outrage for this incident right now. And there should be a ton of outrage over this too.

In six months, Turner will be out on the streets again. His life will not be the same, but that will be because of something he did of his own free will. He committed the act and he should have served more time. But because he was who he was, he will not be serving much time if any at all. The blame for Turner not getting much of a sentence falls squarely on the shoulders of Santa Clara County Superior Court judge Aaron Persky. He is the one that gave Turner the light sentence he got. He was quoted as saying this after the case: " A prison sentence would have a severe impact on him. I think he will not be a danger to others." Persky, you sure he will not be a danger to others? He raped a woman while she was unconscious and still has not acknowledged it. That in itself is reprehensible. But then to say that it would have had a severe impact on him like it would not have affected the woman involved is just careless to say. The real truth of the matter is he was looking out for Turner because he was a Stanford alum. And because of that foolishness, he should be reviewed by the California legal system. And if they see what almost all of America sees, then he gets some kind of punishment for his actions.

But it doesn't stop there with this kid. After Turner's charges were announced, you would expect a parent of this young man to realize how lucky he was to get what sentence he got. But leave it to Turner's father to say pen some things that make you sick as a human being. He essentially said that his son should not go to jail for "the events" that happened and for his "20 minutes of action". He also said that his son having to register as a sex offender, him battling depression over his incident and loss of appetite of some foods was punishment enough. Seeing all this from Turner's dad makes me wonder does he have a daughter? Well, if he does, then he would not want her treated this way at all. He would want punishment for the accuser in this matter. But Turner is obviously blinded by the fact that his incident involved his son. And it is highly evident that he is so with the words he put his name to. He had better hope that many don't figure out what he does for a living because that business is going down faster than the implosion of an abandoned building. I don't wish anything bad on anyone, but if Turner's mother was the victim in this matter, his dad would be screaming to the high heavens that the perpetrator should be thrown under the jail.

Because of prestige and class, Turner will be back in the public population in six months time. And the crazy thing is his family has obtained the lawyer that Barry Bonds had to represent Turner in the appeal of the sentence. And while he is appealing this case, there is a young man named Corey Batey that is awaiting sentencing. If you don't remember this name, then think on the Vanderbilt University rape case. He is a Black male that went to a prestigious university and was found guilty of rape in the same type of situation as Turner. But there will be no slack for him because he does not come from money like Turner. He will more than likely serve 15-25 years in jail. Turner having money, class and the fact that the judge was an alum of the school he attended got him out of a worse sentence than what he should have gotten. So tell me again America that class and money does not matter. And when or if someone tells me that, then I will call them what they are: a liar. 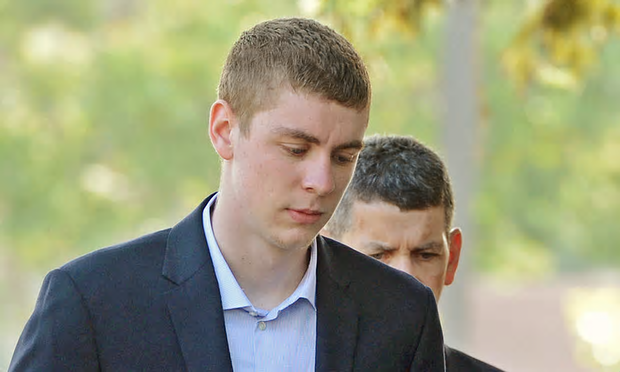