And The Bandwagon Cheers On

Watching your favorite team play can be agonizing and fun at the same time. Many Alabama and Clemson fans rode that emotional rollercoaster while watching the national title game. And while those fans were riding the emotional rollercoaster, there were some that were making a decision. But it had nothing to do with what team they liked. It actually had everything to do for the team that was the favorite and the team that was considered the best team. But what is interesting about this type of fan is they never really said anything until this team started winning and it was like they popped up out of nowhere supporting a particular team. If you don't know by now, this type of fan is what we call the bandwagon fan. And if you look around sports, teams like Alabama, the Cleveland Cavaliers, the Chicago Cubs and the Dallas Cowboys have had plenty of them pop up over the last year or two. But what makes them become what they are and how do they decide to follow who they follow for that particular length of time?

Well, I have personally never been a bandwagon fan, so I cannot tell you from personal experience. But from watching the scene as it unfolds, the one thing that does go into play in some of these scenarios is a player. For example, I talked to a fan that shall remain nameless. And she talked about the teams that she followed. She talked about how she loved her Bulls when Michael Jordan was winning titles. She then talked about how she was a huge Lakers fan when Kobe and Shaq were there winning titles. And then she capped it all off by saying that she was a huge Heat and Cavaliers fan because of LeBron James. It is all good to be a fan of a player. Heck, I am a fan of all those players that she named. But to someone that is just talking to a fan and not knowing them well at all, it seems like it is some bandwagon jumping going on there. Of course, it is up on that one. But it seems like every successful era she is attaching herself to. A fan of a team actually is there through the good and bad times. But apparently, there is no bad times in her world, only the times when a good player on a winning team is having success.

Players are a factor in the bandwagon phenomenon, but so are the team. When teams win, there seems to be more and more fans of that team pop up. For example, before Nick Saban went to Alabama and started winning, there were not as many Alabama fans that you noticed around the country. With the success that Saban has had, now there are tons of Alabama fans around. Same phenomenon happened to the Yankess during their successful runs and also the same things happened with the Chicago Bulls when Jordan won six titles in an eight-year span. Bandwagon fans cannot lose. They love to be associated with a winner. And nothing is wrong with wanting to win and be associated with a winner. But when you abandon a team when they are not winning anymore makes plenty question your authenticity to them in the first place. But of course, bandwagon fans do not care about any of that at all. The only thing they care about is being able to associate their names with a team that has their names in bright lights and is going to be seen as a winning organization or team.

This phenomenon of bandwagon fans has been around for a while now. But over time, it has become harder for some to recognize who is are aren't those fans. One way to find them out is to ask them about the history of a team they follow. That instantly tells you a few things right then and there. But in the end, there is really nothing you can do about people who choose to follow sports like this. They are going to be who they are going to be. True sports fans who love their teams through thick and thin will always be upset or frustrated with these types of fans. But ultimately, it is those bandwagon fans who have to deal with that on other levels. There are those that are loyal to their team. But there are those that are also only loyal to a player or a team when they are winning. Thus the art of bandwagon fans lives on. 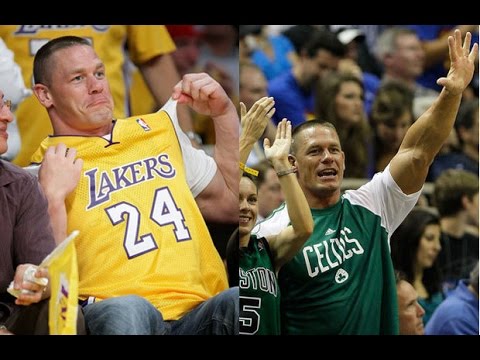