The Tennessee Vols, Tennessee State Tigers and Vanderbilt Commodores had high hopes coming into the season. All three teams started off 3-0 and seemed to be on their way to winning a lot of games this year. Then the month of October happened for all three of them. Between all three teams, there was only one win that happened and that was when the Tennessee State came back to beat the Eastern Kentucky Colonels on the road in Richmond, Kentucky. Other than that, it has been a miserable month for these three teams has they have lost close games and been blown out as well. At this point, all three would love to forget about the month of October and wish it never happened. Unfortunately for all three, the month happened and it completely flipped all three teams' seasons for the worst. The one thing all three teams have to be wondering is how did they get where they are? While the complete answer for all three may not be the same, there are some striking similarities to what all unfolded for a scary October for them.

The one thing you have to look at from all three teams is the quarterback play. For Vandy, they have had one quarterback playing all season. While Kyle Shurmur has grown as a quarterback over his time at Vandy, he has not gotten to the level that some thought he should be at. At the beginning of the season, some thought he had made it, as he was making the deep throws more consistently and throwing with authority. The Kansas State game would show everyone that he had not made as much progress as was imagined. He was off that game and had a hard time making the big throw down the field and that type of issue has plagued him ever since. Vandy, of course, only has had one quarterback to deal with in regards to an issue. With Tennessee, the Vols have had issues with consistency at that position all years. It started with Quinten Dormady being the quarterback and the offense just seemed to never get off the ground. When he was replaced with redshirt freshman Jarrett Guarantano, the hope was the offense would get going a little more with the quarterback that was more similar to their quarterback last season, Josh Dobbs. Things have gotten a little better, but there is still those inconsistencies there. As far as Tennessee State, they have been shuffling between quarterback Michael Hughes and Treon Harris all season long. Both have been inconsistent commandeering the Tigers offense and that has led to an inconsistent offense on the field. These issues have severely affected all three teams and have led to how bad their performances have been as of late.

Along with the bad performances on offense, defense has been an issue for all three teams. Tennessee State and Vanderbilt had very tough defenses to start the season. Every single game when their defense needed to make plays to keep them in the game, they were able to make it happen. As the season has gone on, both defenses have not been the same. Vandy's defense cannot stop the run anymore and any team that has gone up against them has literally ran anything they wanted and made it happen on the ground. As for Tennessee State, the Tigers defense was making the big stops at the right times and they did so when they faced Eastern Kentucky earlier in October. Unfortunately that has not happened for the rest of the month for the Tigers, as they have whiffed on plays that were crucial to them winning games. Tennessee's story is a little bit different than Vandy and Tennessee State's. Tennessee has been missing in action on third downs all season long. While they have made some good plays, they have not been able to put things all the way together. As a result of that, the Vols defense has been as inconsistent at times as their offense has been and that isn't a good thing. All three have not had great offensive support, but that is not an excuse for not coming through when your team needs you to.

Both Tennessee and Vanderbilt still have a chance to make it to a bowl game (both have to get hot down the stretch of the season). For Tennessee State, their hopes of going to the playoffs in the Football Championship Series are pretty much over with how they started off in the Ohio Valley Conference. For all three teams, they are all happy to be ending he month of October. While guys like Michael Myers and Jason Voorhees give people nightmares in October, these three teams will be having nightmares of their performances. Hopefully after Halloween they won't see another nightmare. 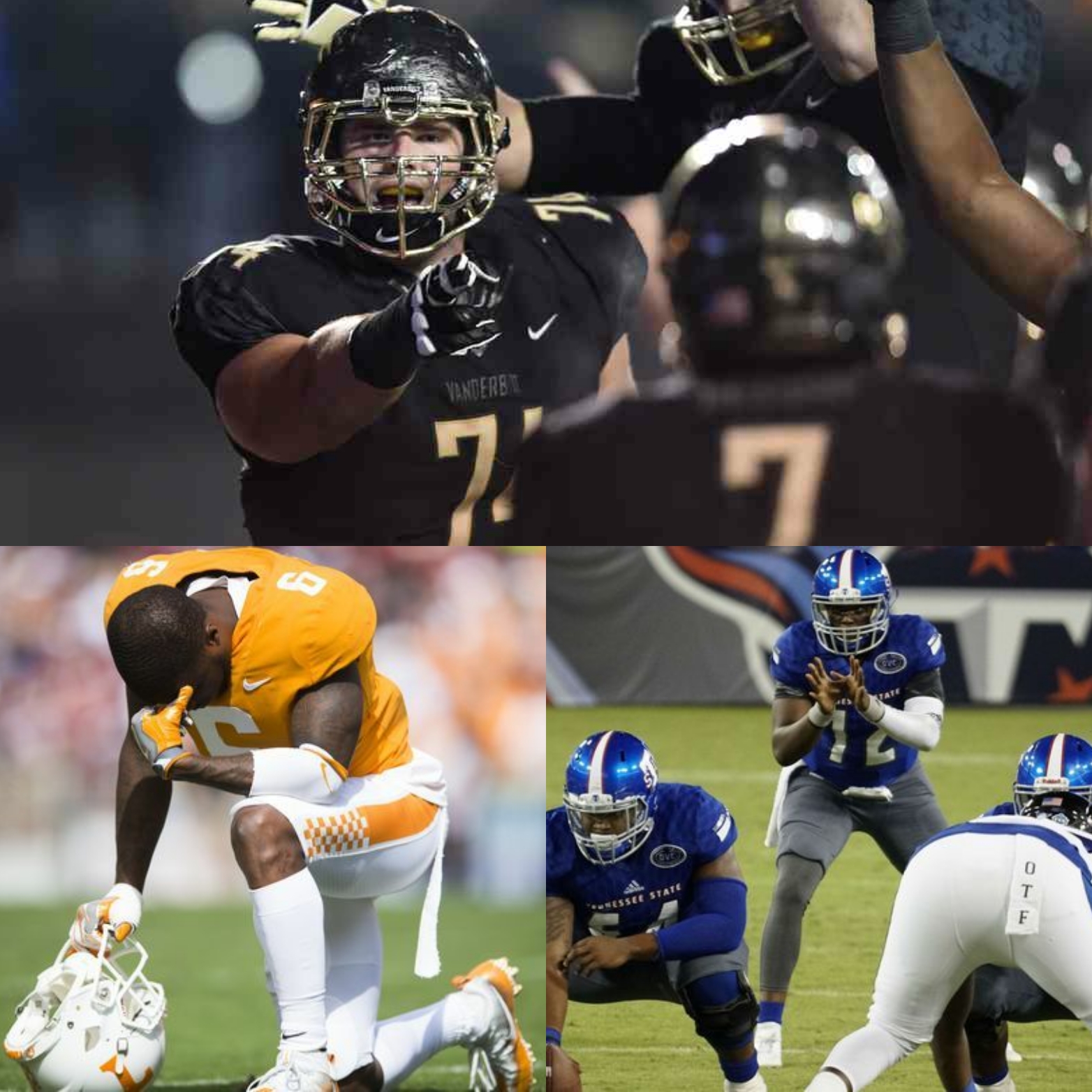