What A Difference Two Weeks Makes For Vandy

When Derek Mason took over at Vanderbilt, there was a level of expectation set for him. With the previous coach, James Franklin, the Commodores had experienced their best years of success in what seems like a lifetime. And with Mason, it was expected that the level of success could continue. But unfortunately, the first couple seasons of Mason's program was not as successful as some had hoped for. The Commodores finished 3-9 in 2014 and 4-8 in 2015, so this year was a pressure-packed one for Mason, who was entering his third year. The Vandy faithful were longing for the success that Franklin had at Vandy and were beginning to wonder if Mason was the man for the job. And as the season got started, those wonders about Mason turned into doubts from some, as they lost to South Carolina and barely beat Western Kentucky. Going into their last two games of the regular season, there were many that were not feeling too great about the tenure of Mason at Vanderbilt. But after the last two games of this regular season, there has definitely got to be a different feeling about Mason and the Commodores now. Vandy, sitting at 4-6, had Ole Miss and rival Tennessee on their schedule and not many thought they would beat them. But to the naysayers, the Commodores showed them a little something.

The Commodores, who were not picked to win neither game versus Ole Miss and Tennessee, came out and won both games. After those two wins, Vandy is sitting at 6-6 and headed to a bowl game. And more importantly, those feelings that many had about Mason not being the man for the job have been subsided by hope for what he can bring to the table going forward. While he has been losing over the last couple seasons, Mason has been building an identity with this team. Notice the physical nature with which they play defense. The Commodores, led by SEC Defensive Player of the Year candidate Zach Cunningham, have been a tough unit to play against all season. And in pretty much all their games, the defense has been there, making plays and keeping the team in the game. But what identity he is still actively forming is his offense. Beginning the season, the Commodores were a team that was inconsistent in the passing game but consistent in the running game with running back Ralph Webb. If you were able to force the Commodores to pass the football, then there was some unexpected results that were coming. Quarterback Kyle Shurmur was playing inconsistently and would often miss open receivers. But over the last four games of the season, Shurmur started to find himself more in the passing game. He increased his passing yardage total four games straight to end the season along with completing 61% of his passes. And along with that completion percentage, Shurmur only threw one interception in his last two games, which were both wins.

The offense is starting to find more balance while the defense has been physical all year long. And with that being said, Mason is still forming and making this program his own. And for this program to get even better, Mason still has some things that he needs to add. Offensively, the passing game has gotten better, but they are missing one key element. While Vandy may have some solid wide receivers and solid tight end play, they don't have a guy that can take the top off defenses. If Mason is able to find that type of player and get him to Vanderbilt, then the offense would continue to evolve and those splash plays in the passing game can happen even more on a consistent level than they did for Vanderbilt this season. But there not only is a need for players offensively, but defensively as well. Vanderbilt has had solid cornerback play so far under Mason, but what they need is a pass rusher up front that can make things easier for them. Getting that pass rusher that can make things happen up front will make things easier for the cornerbacks in terms of covering wide receivers. But not only will it make things easier for the defensive backs, but it will also create more opportunities for turnovers for Vandy. Having that type of player will make a huge difference for the Commodores if Mason is able to find him (or develop him if he is already wearing a Vandy uniform).

All in all, Vandy has gotten incrementally better under Mason. And while the level of success expected was higher at this point in time for some that supported Vandy, Mason seems to be trying to make his way there. Mason may not have gotten there as fast as some would have wanted, but he has Vanderbilt moving upward in terms of their record. It's amazing how he could go from potentially being fired in the eyes of some to now being loved by those that did not like him. And now it is totally upon him and his staff to continue to build on that momentum he created in the last two weeks of the season. 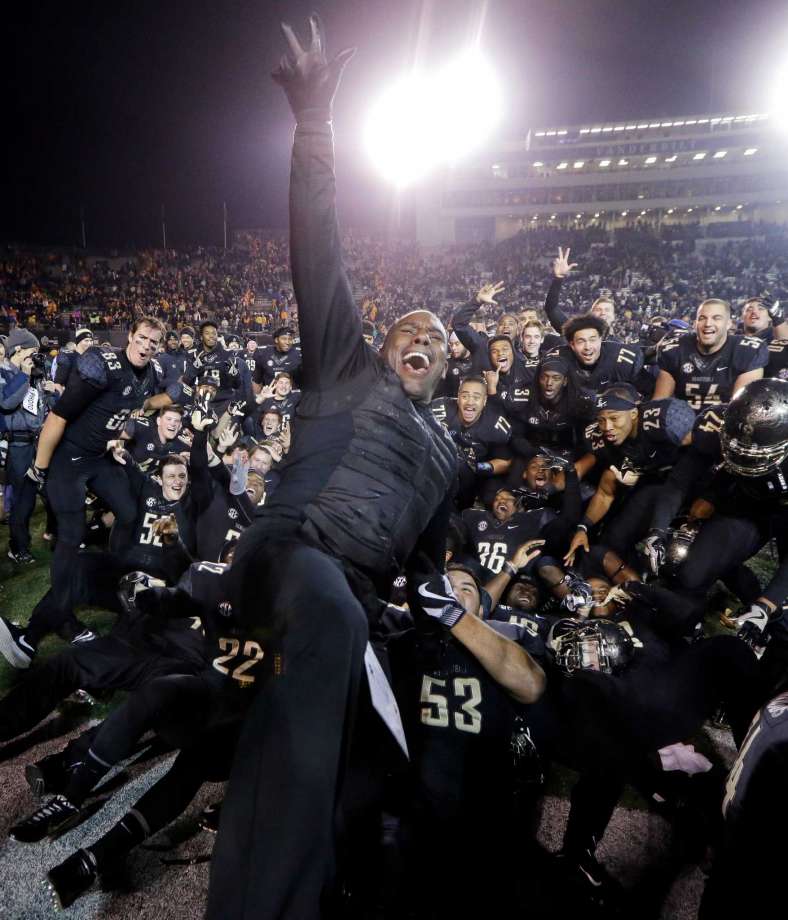