Tommy Elrod was where he wanted to be. He was coaching at a school where he once played, Wake Forest. And along with that, he had stability there at Wake Forest, as a coach going into his eleventh season. But at the end of the his eleventh season, there was a shakeup in his life. Gone was the stability under head coach Jim Grobe because the university decided to fire him. Grobe's replacement was Dave Clawson. And the new coach decided to not keep Elrod on his staff. But instead of going somewhere else, Elrod landed on the radio broadcast for the team that he played for and coached for. But who would know that he would also be the mole for the team that he once played and coached for as well? Clawson became skeptical of someone giving the gameplan away during the Louisville game where the Demon Deacons were blown out 44-12. He said it felt like Louisville was a little too prepared for their game against them. And after an internal investigation, it was found out that Elrod had been giving away gameplan stuff since he was fired back in 2014. Immediately, he lost his job and was fired and along with that essentially banned from anything to do with Wake Forest. He may have been mad and wanted revenge, but he played himself.

The frustration with losing your job is not one that many want or care to experience. It can be shocking, life-changing and even embarrassing at times for people. But there are some that take that loss of something and feel the need to get even. Such was the case for Elrod. He got hired for the radio broadcasts to cover Demon Deacon football. But looking at it from a different prospective, it looks like he took this job for revenge. Sure, he needs money and a job, but he could have probably done something else besides doing this. He knew that being a former player and coach, he could potentially have access to things many did not have access to. And instead of using that information for his radio job, he used that to help other teams get at the school. Honestly, it isn't like the school needed any help with teams beating them. But Elrod went out of his way to make sure it happened. The fact that he had done this ever since he got hired on the radio is amazing. What is amazing is it took the Demon Deacons that long to catch him. But when they did, they certainly swung the gavel hard at Elrod.

The aftermath of this scandal with Elrod will be one that is felt for a while by him. Going forward, he will probably never get a chance to coach again at a collegiate level. If he was able to do something like this and not really get detected for as long as he did, there is no telling what he can do with confidential coaching information. He could be learning what is going to be the gameplan for this week and selling it online under different names. Of course, that seems far-fetched, but no one ever thought a radio guy would be putting out gameplans for his team to lose. But along with his coaching opportunities probably all gone, Elrod will more than likely have issues gaining employment period. Not very many employers take kindly to giving away confidential information. And while this information harmed the head coach and his staff, information at an employer could take down a company pretty quickly. If the company is affected, then there are tons of jobs lost and potentially millions of lives affected. All in the name of someone who could not follow the rules.

Elrod may have got his short-lived revenge but in the end,  he hurt himself worse. He is now unemployed and will be a pariah anywhere he goes. And along with that, he damaged the way he is perceived as a person. The school will go on but he still has to live. And from those point on, things will not be easy for Elrod. But essentially he has only himself to blame. He made his bed and now he has to lie in it. Revenge wasn't sweet for Elrod. It was sour and complete with a pink slip and scarlet letter. 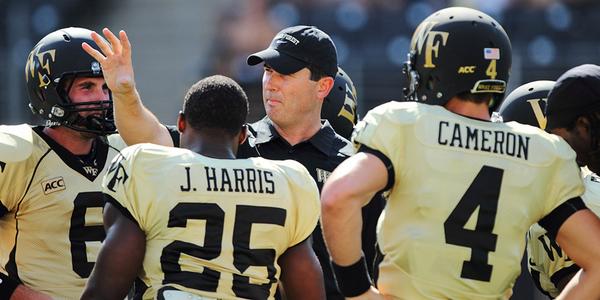