Texas A&M has been on the downslide ever since quarterback Johnny Manziel decided to leave for the NFL Draft a few years back. The team has not been able to reach that same level of success they had when he was there. And along with that, they have had a lot of shuffling at the quarterback position. They had two quarterbacks leave after this past season, Kyle Allen and Kyler Murray, due to being unhappy with their situations. That move left the Aggies thin at quarterback going into their bowl game and next season. But thankful for them, Oklahoma graduate transfer Trevor Knight decided to come there and save them this season. But going into 2017, the team will be looking for a new quarterback. One of those prospects that they were excited about was Tate Martell. The five-star quarterback, who is the top-ranked dual quarterback in the country, decided to re-open his commitment. And for a place that is in dire need of a quarterback, that was not what they wanted to hear. Aggies wide receiver coach and former NFL wide receiver Aaron Moorehead took to Twitter to address the decommitment, tweeting this: “I feel sorry for people who never understand loyalty, I can’t really even vibe with you. At the end of the day, trust is 100 and everything else is BS”. Moorehead would go on later to say that he was not addressing Martell in general, but no one really believes what he said at all. The result has been them not only losing Martell but four-star wide receiver Mannie Netherly, who tweeted this out: “I see what kind of person my “future coach” is and I myself do not wanna play for someone like that. So without further ado, I would like to announce that I am decommiting from Texas A&M.” There will probably be some damage control done by the Aggies, but the damage has been done. Moorehead spoke on it (no matter how much he wants to deny it) and now he has lost two top recruits for the organization. But when speaking on loyalty, does he realize what world he coaches in?

There is a sense of loyalty in this world, but college football and recruiting is not the world that loyalty even exists in. To give you an example, I will speak on my own recruitment when I was coming out of high school. I was a cornerback that was being lightly recruited, but one Division 1 school wanted me to come play for them. So me, my mom and my sister left for that particular school and went on the visit. They did the usual thing in having beautiful women tour you around and everything. Of course some things were said to me as well. And the coaches there told me that I would have the chance to come in and try a few positions before they decided on one for me. That particular school had a game that day and we went to that one and we even sat with all the other recruits and their families. After that, they said they would be in touch with me about coming there in the fall. But of course, that story changed. I guess they found someone else and decided that I was not worth that scholarship at all. They informed me that they wanted me to come in the spring semester with no scholarship guaranteed and enroll in school. They also informed me that once spring practice was over, they would look at my situation and then think on whether they would offer me a scholarship or not. Of course I turned down the opportunity to do that because I felt like a rug had been pulled out from under me. And I never looked at that school again the same.

My story is similar to what some receive. But it also is a story of how the world of college football is not one where loyalty exists. The players can be told anything in regards to getting you there. But once you are there, that is when reality happens and the coaches believe that they own you. And the biggest lie that is probably told is that we are looking forward to you for four years. A scholarship is generally a year-to-year commitment. At any time, the college that recruits and signs these kids could decide to pull the scholarship the next season without any notice at all. And that could leave a kid out to dry, scrambling to find a new school to play for. Not one coach mentions that part of the game, but they want to get mad when players decommit from their school? Now if that is loyalty, then they got the game messed up. And to further talk on this, what happens when coaches leave schools? They are eligible to coach immediately while players have to sit out. Plenty say they come to play for a school, but let’s be honest here. Kids come to play for a coach. And when that coach leaves after saying he was staying, there was no loyalty to that kid at all.

Loyalty is a two-way street. Moorehead can’t ask for that when coaches across the country are pulling deals at the last minute for players just to sign someone that just became available. That is not fair to the kids at all, who believed and sometimes hung on every word that was told to them. Their dream was there and they thought they were about to achieve it, only to have it all come crashing down. So for all this loyalty that he is talking, Moorehead may want to realize that the coaches are not loyal. So why should players and recruits have to be? After all, in the recruiting game, there are no totally honest people. 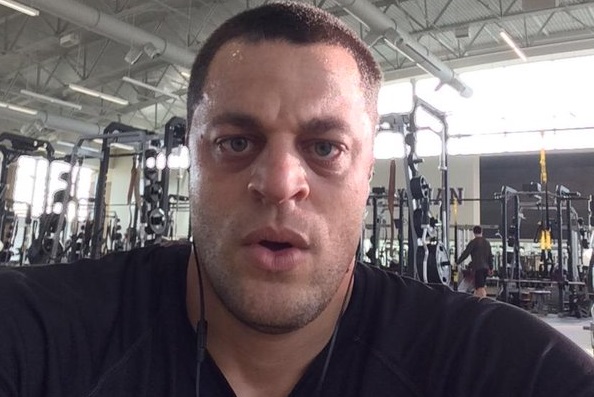