Where The Real Blame Lies In LSU’s Quarterback Problems

The college football season's inaugural weekend has come and gone. Some teams played well while other teams stumbled along the way. And in between that, there were teams that made some people scratch their head in confusion. Each year, there are some teams that are always amongst the favorites to win the title. One team that is always mentioned is Alabama. Nick Saban and crew are always tough to beat and with the running game and defense that they bring. But one other team in the SEC West is always mentioned before the season as well. That team is LSU. They are just as talented as Alabama every single year, but the one difference that ends up making them falter every year is the man behind the center. The quarterback position has been something that has been uneven at best for Les Miles at LSU. Coming into this season, we were all sold the hopes and dreams that LSU would finally get some solid quarterback play. But if the first game was any indication, then that talk was all a lie.

The Tigers played their first game in Lambeau Field versus the Wisconsin Badgers was supposed to show the improvements of the offense when it came to the quarterback position. Returning starter Brandon Harris was finally supposed to reach his potential as a starter. The weapons in the passing game, wide receiver Travin Dural and Malachi Dupre were supposed to be his prime targets in taking LSU to the next level. But instead of seeing an evolved offense, we saw more of the same. The offense was Leonard Fournette sprinkled in with some passes that made you hold your breath everytime they were released. Harris looked just as bad as he did last season. And with that, the LSU offense is exactly what it was in the past. So many piled on Harris for how he looked. And while he did look bad, there needs to be some shared blame in this one. Many forget that Harris was once a star high school quarterback after seeing what he is at this point and that all did not happen by accident.

The struggles of Harris have some calling for a change at quarterback. And while that may give a temporary shot in the arm to that program, it will not solve the issue at hand. LSU has always been a running team. And they have always recruited talent at the quarterback position over the time Miles has been there. But what they have not done since he has been there is develop a quarterback into a star. Many talented quarterbacks have come there and gotten worse over time and it seems like no one is coaching them to get any better. Their mechanics are bad, their reactions are bad and the footwork just seems awful. That directly falls on the quarterback coach and offensive coordinator Cam Cameron. And that tells me that either these kids are not listening to their coaches or the coaches are not doing their jobs. And along with the coaches potentially not doing their jobs, the offense looks the same as it has every single year. Same plays, same formations and almost the same results everytime.

Ultimately, this mess falls under Les Miles and his regime. He has loved the running game and what it has brought to his team. And right now, he has one of the best running backs in the country, Leonard Fournette. But unfortunately for Fournette, he also has a coach that has not helped his offense evolve despite different coordinators. And those same coordinators and offensive coaches over the years that he has hired have not done their jobs. Essentially, Miles and the offensive coaching staff need to step up and take the blame for the debacle at the quarterback position. Harris and others have stepped in and played, but they ultimately have to be coached and prepared to play. And each game it looks like that part of development has never happened. The first game could be only a preview of what happens next for LSU and if this is the case, then firing that did not happen last season with Miles could come this offseason. And for some, his firing cannot come soon enough. Sadly, Fournette's talents will be wasted this year because the combination of poor coaching and play at the quarterback position will severely handicap this offense. 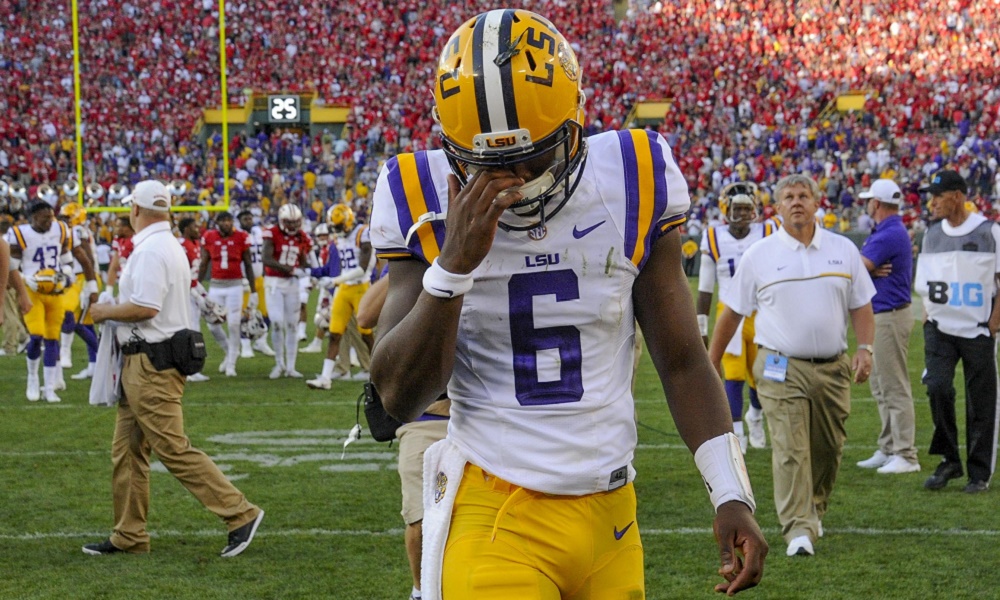