The Tennessee Vols have not necessarily had the best offseason. There has been the Greg Schiano fiasco, the secret meeting former athletic director John Currie had with Mike Leach, the firing of Currie and the multiple turndowns on offers to be the head coach at the University Of Tennessee. Plenty would say that this type of mess rivals the action of a soap opera. Ever since Butch Jones was fired and the season ended, the only hire that has been made is Phillip Fulmer coming back to the university to be the athletic director. While all this action has been going on at Rocky Top, there have been many numerous sports outlets and personalities clowning the university. People have even compared the University of Tennessee to the Cleveland Browns. While both are connected with the Haslams, the situations are definitely different. With the Vols, there is at least some hope and some reason for thinking success could come. They have been plenty of names floated out there and the two most recent coaches that were offered the job (Oklahoma State's Mike Gundy and North Carolina State's Dave Doeren) used Tennessee to get more money from their current university. The thinking is of many is that the Tennessee job is one of the worst out there to some that watch college. Well finally, the Vols reportedly have their new head coach.

Alabama defensive coordinator Jeremy Pruitt and the University of Tennessee have reportedly agreed to a multiyear deal to make him the new head coach of the Vols. No one really expected that to happen and immediately there will be some that love this hire and others that hate it. One thing that those that feel he is walking into a danger zone in terms of talent on the field may want to check again. Butch Jones did not get the job done at Tennessee and everyone recognizes that. He guided the program out of the ashes but he just could not get them to take that next step when they were expected to win. This season, he just could not get through to his team and it cost him his job. Some want to blame that on the talent that he has on the field, but in all honesty, Jones actually recruited very well. He got five-star talents like current Saints running back Alvin Kamara, running back Jalen Hurd (now a wide receiver at Baylor), defensive tackle Khalil McKenzie and a litany of other star-type players to come to Tennessee to play football. As we learned, however, he was not able to use them to the best of their abilities when at Rocky Top. The way he failed at Tennessee to get the most out of what he had reminds me of a guy that buys a great sports car and then never opens it up to use it to its full potential. The sports car is the talent at Tennessee right now. The cupboard is not bare at all. In fact, there is a ton of talented players there, but it just seems like no one has been able to reach inside and get the most out of them.

As far as the coach to take on this opportunity, Pruitt is stepping into a new and exciting challenge. He has been the defensive coordinator for a national title team at Alabama and he has been around the incredible success that Nick Saban has had for a while. What Tennessee can hope for is that he brings some of that prestige from Alabama to Tennessee in terms of how hard they play and the relentless aggression that he brings with his defenses at Alabama. The good thing is he also has some talent to work with on both sides of the football. The challenge for Pruitt is to bring that talent out of the players that were once highly-touted and bring in even more talent to add to them. He has a young and talented quarterback along with some young talent at the skill positions to work with offensively. And defensively, there are some pieces there (if all of them stay) that could help his transition to the orange and white. But again, they all have to buy in to what he is selling them.

A once proud program is now in another transition period while being talked about pretty bad on a national level. Jeremy Pruitt has now been tasked to get them back to the glory days. The thinking by many is they are far away when it comes to competing in the SEC. What the real story is in Knoxville is if Pruitt wake up all this talent that is running around on the football field up there? We shall see if Pruitt is able to wake that talent up. 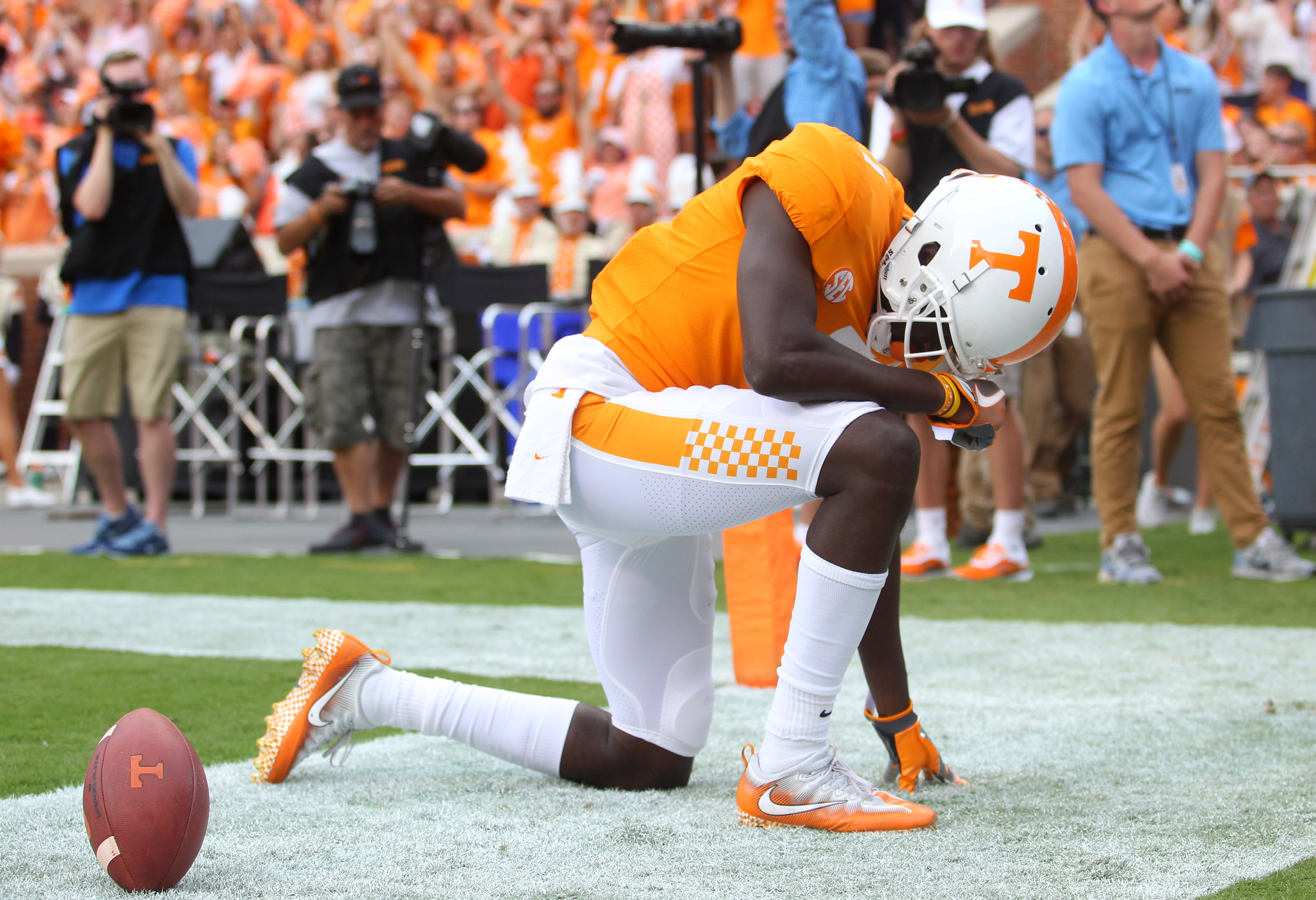